US Agrees to Bring Egyptian Gas to Lebanon via Syria 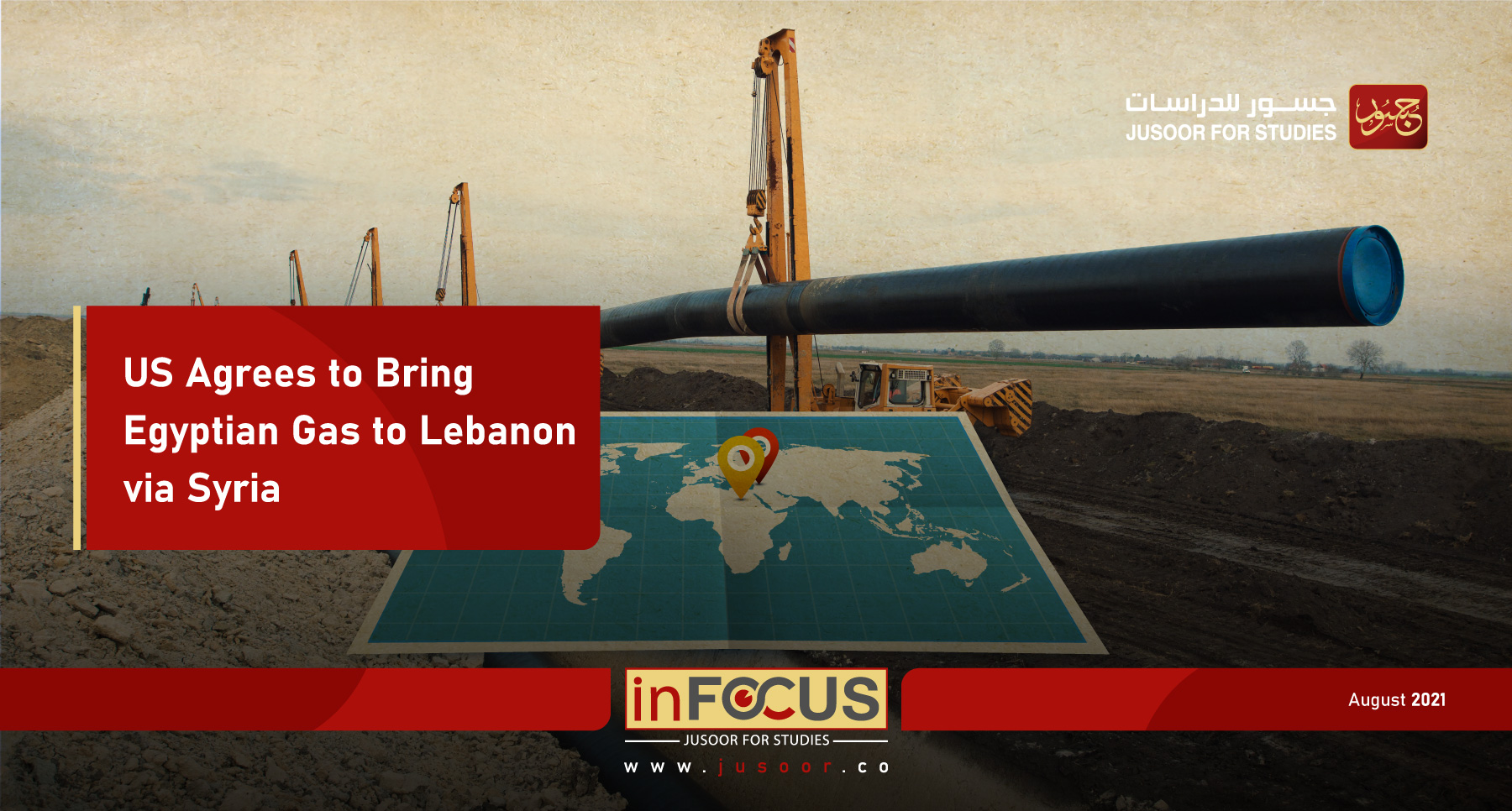 US Agrees to Bring Egyptian Gas to Lebanon via Syria

Recently, Dorothy Shea, US Ambassador to Lebanon, informs Lebanese President, Michel Aoun of her administration's decision to help supply Lebanon with electrical energy from Jordan and Egypt through Syria.

The US decision is not only about electricity provision, it also includes facilitating transfer Egyptian gas through Jordan and Syria to northern Lebanon, according to a statement was issued by the Lebanese Presidency, talking about a phone call from Dorothy Shea to Lebanese President on August 19. Shea added, as the statement conformed that "the World Bank to secure financing for the price of Egyptian gas, the repair and strengthening of electricity transmission lines, and the required maintenance of gas pipelines."

Such a move by U.S. is likely to be an initial step in a process of serious engagement in easing the sanctions imposed on the Syrian regime, and comes less than a month after Jordan's decision, in coordination with the American side, to open the Jaber/Nassib border crossing, which connects Jordanian and Syrian territories.

Undoubtedly, it implicitly makes the "reconstruction" process in Syria not that mission impossible, albeit partially, although this is the same process that has been obstructed by Washington over the past years, but this time the World Bank will undertake the rehabilitation of parts of the pipelines and the electricity transmission lines, and that the Syrian regime will benefit from the Egyptian gas that will flow to the Syrian territory, at prices that will be relatively cheaper than other sources.

Obviously, the U.S. tends to gift economic rewards to Russia in Syria, to test how it is possible to rely on Moscow in leading a real political change process within the Syrian regime that might lead to “changing the latter's behavior” towards neighboring countries, and part of this process will be related to reducing Iranian influence in Syria. This, logically, will have positive impacts on both Jordan and Israel, and contribute to strengthening the American strategy based on leaving a zero margin for maneuver for Iran in the region in preparation for a new agreement according to the American view.

In addition, allowing Egyptian gas to be pumped into the Syrian, Lebanese and Jordanian territories is considered a revival of the “Arab Gas” pipeline project extending from the Egypt’s “Arish” to southern Jordan through Lebanon and Syria.

Such a step will most likely enhance the dependence of both Syria and Lebanon on the Arab axis in securing energy needs (gas - electricity), which means reducing their need for Iranian resources.

Apparently, the decision of the United States of America regarding the passage of gas and electricity via Syria and then to Lebanon, and the economic benefits those would be brought to Beirut and Damascus, comes gradually, whose impacts are respectively coming to light, since the decision to open the Jaber/Nassib crossing has been taken, and then the removal of "Tarif al-Akhras" name, cousin of Asma's father from the British sanctions list.