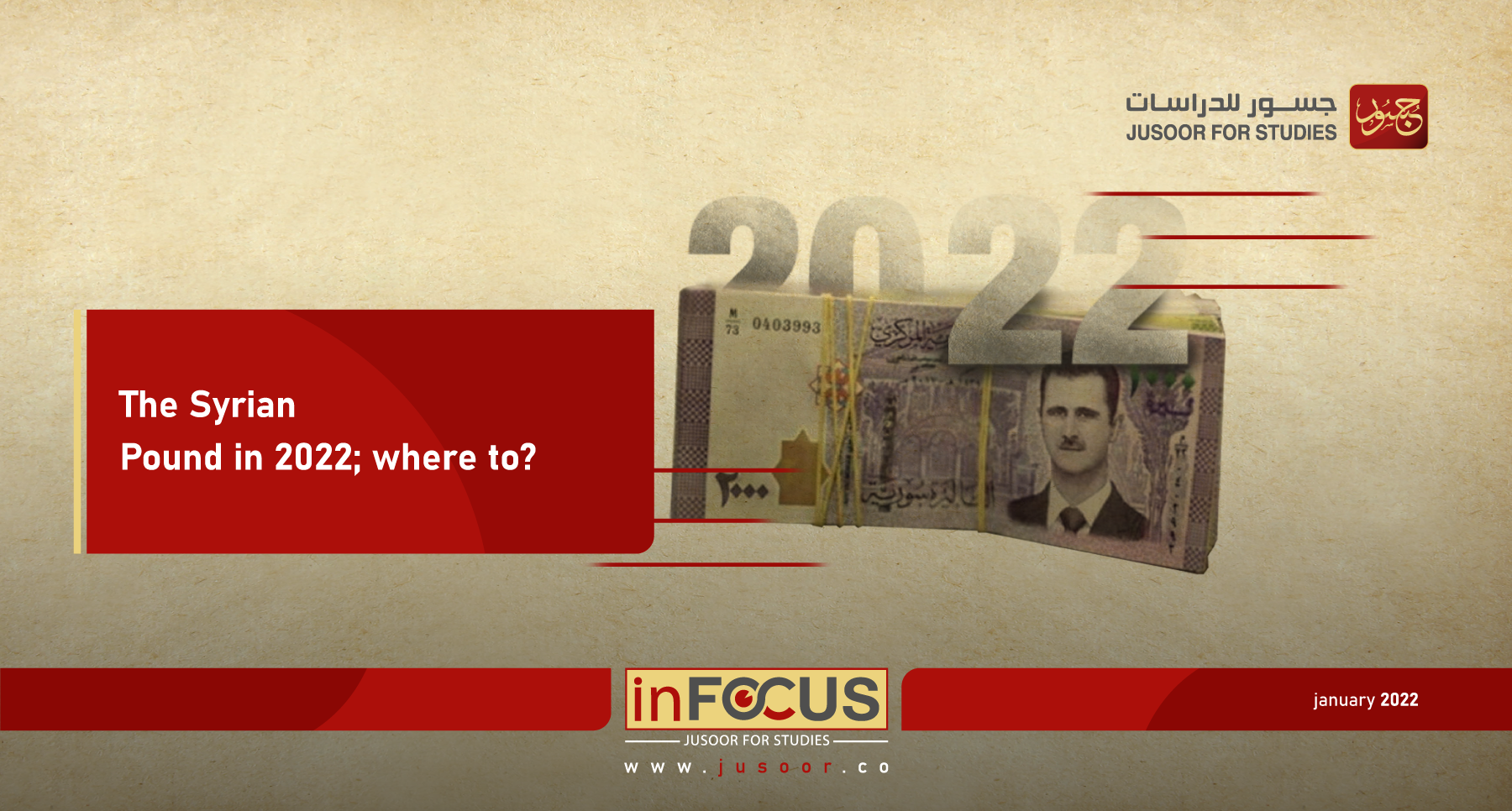 In the first half of 2021, the Syrian Pound (SYP) experienced severe fluctuations; where its exchange rate against the US dollar reached 5,000SYP/ 1USD in mid-March. The price was later relatively stablized at 3,400 SYP/ 1 USD.
The Syrian regime has resorted to a number of fussy measures to control the exchange rate, such as drying up liquidity, amending the banking and exchange bulletin, reducing unnecessary imports, rationalizing imports; in addition to other laws, decrees and decisions of a mandatory format, such as the Military Service Allowance Law, passport allowances and expatriate entry fees.
Controlling liquidity and reducing the excessive supply of the pound in the market depended on forcing traders to pay high taxes and royalties in the local currency, in addition to obligating the sale of assets such as real estate and cars through banks. Other measures were taken as well.
The exchange rate was, however, closed at 3,600 Syrian pounds to the dollar by the end of 2021. This rise was the result of the return of the increase in the monetary mass availed in the market, after the Assad regime raised the salaries of government employees and retirees; in addition to approving the general budget for the year 2022 with huge spending amounts exceeding 13.3 trillion pounds. That paved the way for the high possibility of a drop in the exchange rate of the lira to 4000 to the US dollar.
It was clear that the regime understood what it was doing; because, the salary increase was immediately accompanied by a high increase in the prices of government subsidised goods.  Thus, the outcome will be an increase in regime revenue in comparison to the raise on employees’ salaries. The increase in the money supply in the market is not expected to be greater in 2022 than it was in previous years in which most of the sums allocated in the budget for ministries or agencies were not spent as planned.
It also does not seem that the regime may back down on the policies and procedures that it followed in 2021 to control liquidity in the markets. Rather, it is possible that royalties will be raised by check points run by regime’s security under the pretext of the high cost of living.
The aforementioned realities mean that the exchange rate, in the first quarter of 2022, will witness relative stability. However, this largely depends on economic, political and security factors; especially, when the Syrian pound lacks the necessary immunity required to defend its stability. The Syrian pound “lira” is incapable of withstanding any shock however small it might be.
In general, the impact of political and economic transformations on the exchange rate of the pound takes the form of clear waves of devaluation which makes it difficult to set a fixed level for the currency to reach. However, it can be safely said that any upcoming turmoil may move the wave by at least 500 liras, pushing the price up to the threshold of 4000 plus to the US dollar.