Why Russia announced deployment of military police in Saraqib 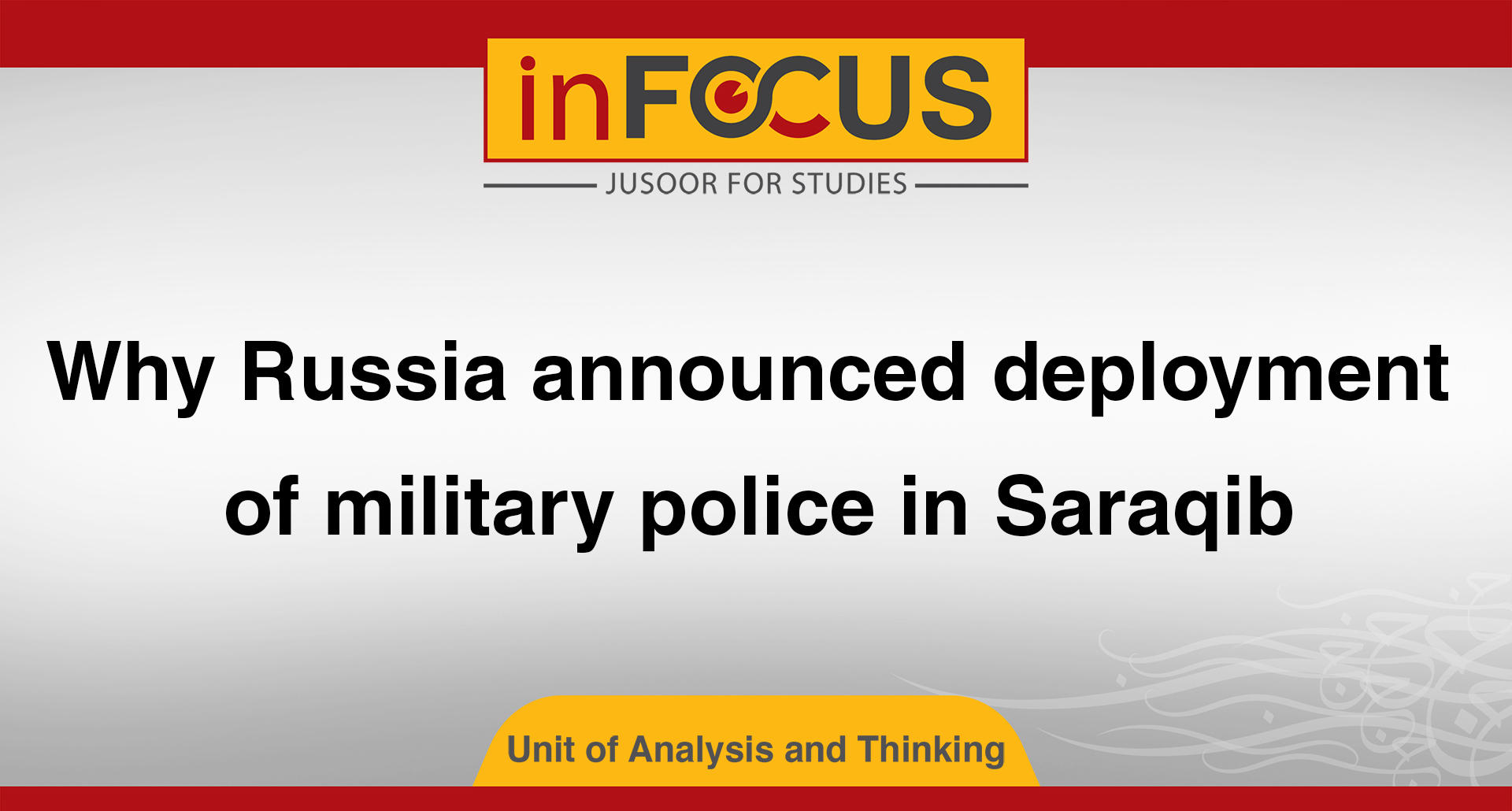 Why Russia announced deployment of military police in Saraqib

82
Why Russia announced deployment of military police in Saraqib
Syrian regime and its allies launched a violent attack on the strategic city of Saraqib on March 3, 2020. After the regime advanced in the neighborhoods of the Saraqib, the Russian Defense Ministry hurried to announce the deployment of Russian military police in the city under the claim of guaranteeing security in it.
It appears that Russia accelerated step is trying to achieve several objectives as follows:
• Reject Turkey’s repeated demands to neutralize Russia from the Syrian regime through its launched military operation in Idlib.
• Obstructing Turkey’s efforts to achieve the objectives of the Spring Shield Operation, especially pushing back the Syrian regime to the borders of the Sochi Memorandum (2018).
• Uplift the morale of the Syrian regime fighters in light of the large collapse in their ranks by hinting that Russia is able to impose new rules of engagement.
• Lower the morale of the Syrian opposition through re-dissemination of the propaganda that there is an existing mutual understanding between Russia and Turkey regarding the fate of Saraqib and other areas, in order to curb their ability in attack and defense.
• Attempt to stabilize a new field reality ahead of the bilateral summit between Presidents Recep Tayyip Erdogan and Vladimir Putin, in the hope that this will support Russia’s position during the talks.
This announcement is not supposed to hinder Turkey; for instance, the military drones continued to target the attacking forces, in addition to the ongoing clashes in the city of Saraqib, where the Syrian opposition factions still control some locations.