Why and How Syrian Pound Declined? 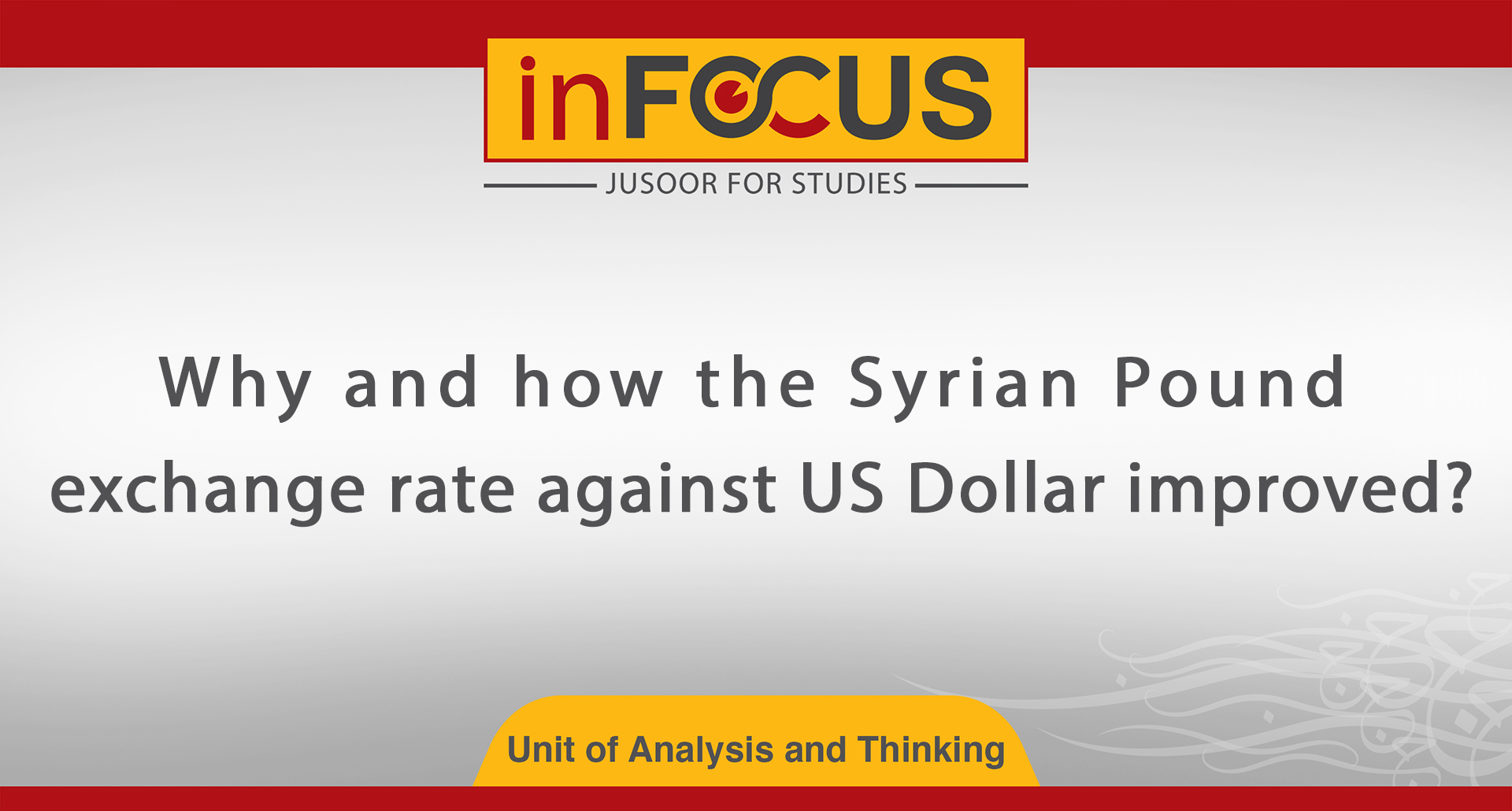 Why and How Syrian Pound Declined?

In Focus | Why and how the Syrian Pound exchange rate against US Dollar improved?​

The Syrian pound has recently reached 2,950 against the US-dollar, just a few weeks after it reached about 4,500 pounds per US dollar.

The improved rate of the Syrian currency raised many questions about the mechanism and factors that led to such an improvement, and in this context the following observations can be made:

2-The main condition was that the Syrian pound sums to be paid in exchange for buying US-dollars at prices better than or close to the black-market rates, but with a delayed delivery.

5- The regime took advantage of the remittances dollars coming abroad on the background of Ramadan and Eid aid. The regime also pumped very small money sums into the markets, but they had a greater impact than their real amount.

6- With this step, the regime was able to reduce the price of the dollar to a record level and more than it had aspired to, and the matter supported the entry of large quantities of fuel from Lebanon and northeastern Syria, which caused a partial breakthrough for the crisis, as a result the market a little bit sounded active.

7 - It is believed that the next step for the regime is to gather quantities of dollars and match the market's needs by offering the Syrian pound, and at this point the exchange rate will begin to collapse again, so we might witness the return of the Syrian pound to be traded for more than 3200 pounds per dollar, and then it might collapse more to reach after the Eid to 3,500 pounds per dollar.

∙ Fixing the exchange rate at the level of 2900 pounds per dollar, and at the same time force people either to follow price bulletins were already issued for foodstuffs and commodities or they will be confronted with the "Consumer Protection Law", which was recently issued, as well as the related penalties.

Not only that, but also the regime aims monopolizing providing goods and services as well as adjusting their prices in order to achieve gains associated with the presidential election process that it is working on.

∙ Collecting as much foreign currencies as possible for the purpose of financing purchases of war supplies and other supplies needed by government institutions and for which the dollar has been cut off for some time.