What are Türkiye's motives for launching a new military operation in northern Syria? 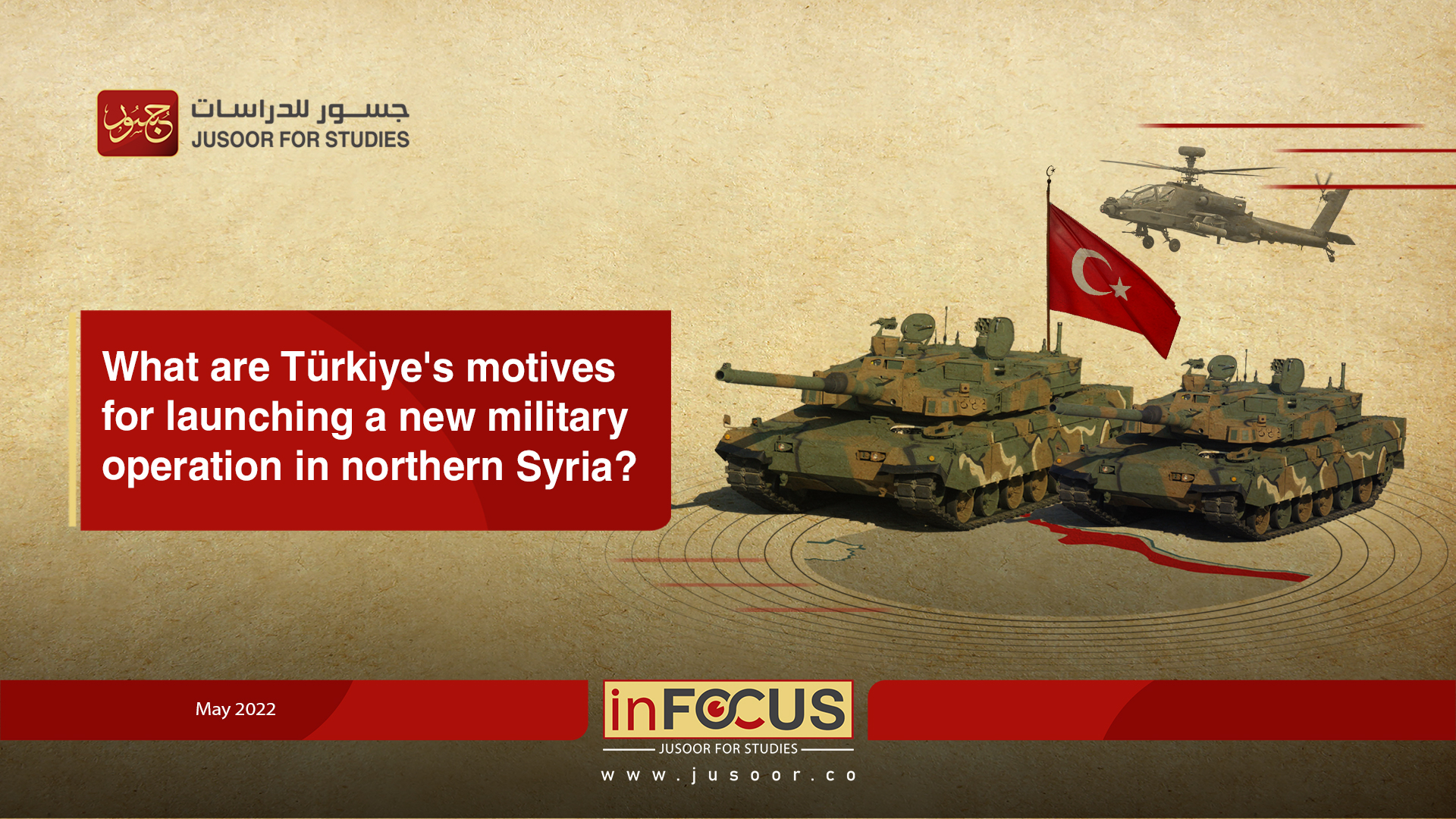 What are Türkiye's motives for launching a new military operation in northern Syria?

126
What are Türkiye's motives for launching a new military operation in northern Syria?

During a speech he at the Presidential Complex on May 23, Türkiye's President, Recep Tayyip Erdoğan said his country will start taking new measures pertinent to resuming efforts Türkiye started earlier aiming at creating a 30-kilometer (18.6-mile) wide safe zone along its southern border.
“The main target of these operations will be areas that are centers of attacks on our country and safe zones,” Erdoğan added; therefore, the military operations are supposed to target the areas of Ain al-Arab, Tal Rifaat, Ain Issa and Manbij, given that these attacks have been launched from these areas.
This comes at a time when the YDG-H (Patriotic Revolutionary Youth Movement), the Afrin Liberation Forces of the Kurdistan Workers Party (PKK) as well as the Syrian Democratic Forces (SDF) have intensified targeting areas north of Aleppo and some areas of southern Türkiye since the second half of 2022.
Türkiye has several motives to launch a new military operation in northern Syria related either to the Syrian issue itself or to international considerations. Internationally, Türkiye attempts to put pressure on the United States after the former objected to Sweden and Finland's application for NATO membership. Ankara seeks to bargain over the NATO enlargement in order to be rewarded by Washington in return for providing its approval; because such an approval will negatively affect Türkiye's relationship with Russia, which may in turn cause political and economic losses for the latter.
Türkiye is aware that the international circumstances resulting from Russia's invasion of Ukraine allow it to renegotiate for up-to-dated understandings with all parties regarding Syria and other issues. Türkiye would; therefore, work on consolidating and expanding its gains, in a way that can bring an important political return a year ahead of the 2023 presidential elections, which are considered the most important event in the contemporary history of Türkiye.
At the Syrian level, Türkiye theoretically has - political and  security goals, regardless of whether they are practically  achieveable or not. The most important of which are:

• To support the plan for refugees’ repatriation: Removing the "SDF" from the cities of Tal Rifaat, Manbij and Ain al-Arab actually encourages the voluntary return of tens of thousands of refugees to their home. This echoes previous military operations that contributed to the voluntary return of 500,000 refugees.
• Türkiye's desire to eliminate security threats that endanger its military positions in Syria and prevent Türkiye from resuming its operations to impose stability in the areas of its military presence.
• Blocking any chance to establish a secessionist region in northern Syria and complementing the efforts to protect the Turkish national security by neutralizing the PKK threat from Türkiye’s southern border, which still poses a threat despite the joint air operations and patrols carried out. All that is underway in light of the United States and Russia’s failure to abide by pledges they gave to Türkiye in this regard.
• Putting extra military pressure on the PKK in the region in general. Furthermore; launching a new military operation against this group in Syria will further drain its capabilities and resources. The above efforts come in line with the continuation of the "claw-lock" operation launched by Türkiye against the PKK in Iraq since April 2022, with the aim of establishing a buffer zone on the border strip.