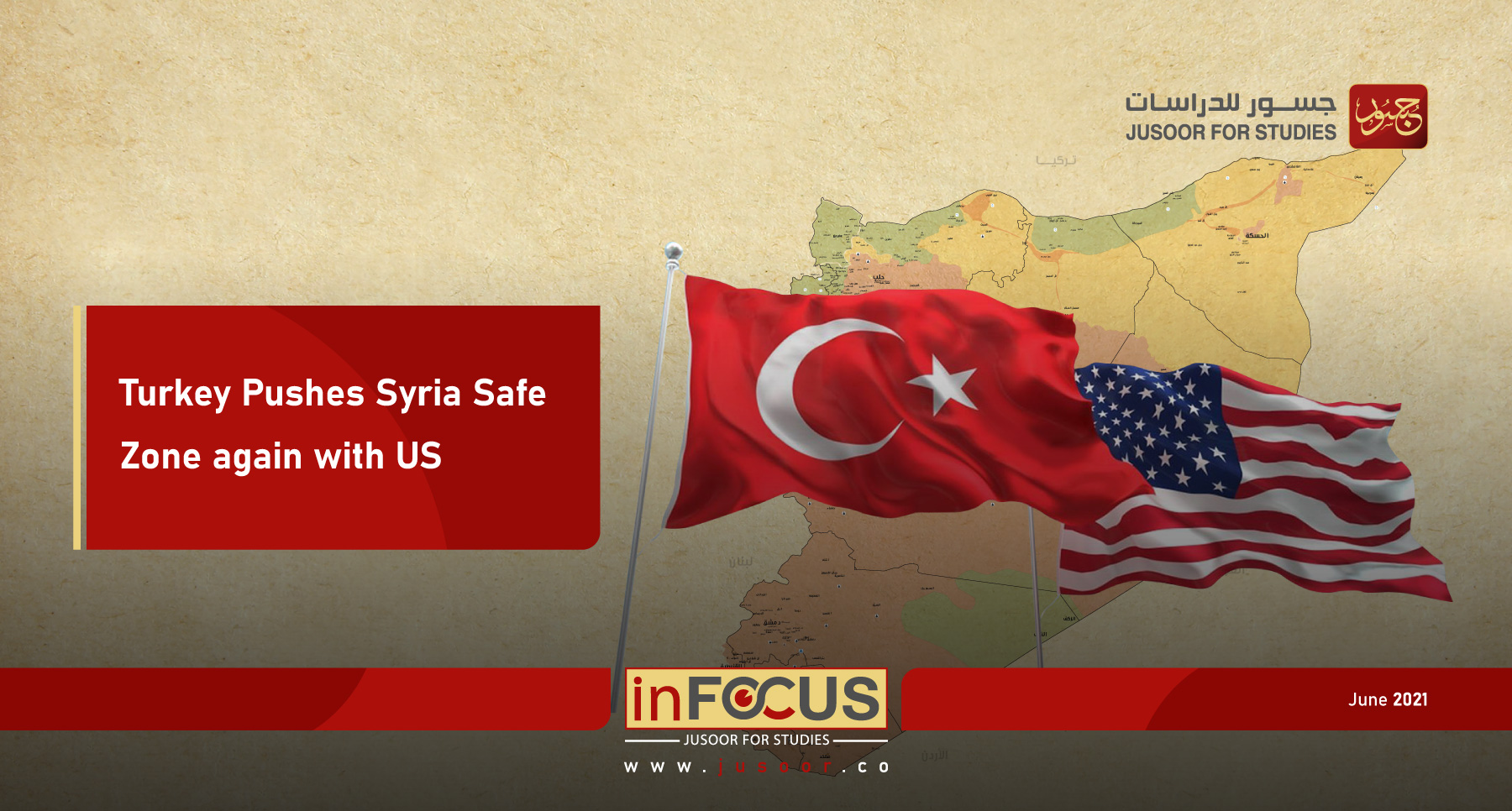 In Focus | Turkey Pushes Syria Safe Zone again with US

Turkish Minister of National Defense, Hulusi Akar and US Secretary of Defense, Lloyd James Austin had a telephone call on June 10, during which Mr. Akar proposed establishing a safe zone in northern Syria after he emphasized that the Turkish army is the only force qualified, ready and well-equipped to do so. It was agreed to send an American delegation to Turkey's capital "Ankara" the next week to discuss the proposal in details.

It is not the first time that the two sides have discussed the issue of establishing a safe zone in Syria. They previously agreed on October 17, 2019 to establish a demilitarized zone free of weapons and members of the Syrian Democratic Forces, at a depth of 32 km, according to a document signed in the capital, “Ankara.” ', but it was not implemented.

It seems that Turkey is counting on the possibility of concluding a new agreement with the United States that includes clearing the border strip with Syria 32 km deep east of the Euphrates from both armed fighters and weapons of the Kurdish Protection Units, especially that Sochi's Memorandum of Understanding did not do anything for this, two years after Turkey and Russia had agreed upon.

The United States of America might accept to establish a security or safe corridor in northern Syria but this could be only if Turkey takes a position that either in support of or at least not rejecting the "Kurdish-Kurdish negotiations", and as a result it does not refuse these negotiations’ outcomes.

Even though Turkey seriously wants to reach an agreement that satisfies the United States, but it will most likely not give up its right to fight the PKK in Syria and Iraq, and at the same time can never accept the self-administration project on an ethnic basis. Such a project could be acceptable for Turkey only if it happens in participating and cooperating with all components of the region, especially the Arabs, disregarding the PKK.

Ankara may deal with any potential understanding as a de-escalation or disengagement document, and it will not miss the opportunity to focus efforts on fighting the PKK in Iraq in order to go on the intensive operations it started over there in 2020, wishing that this will contribute to ending or undermining the presence of PKK.

In fact, any possible agreement on the establishment of a safe zone in northern Syria between the United States and Turkey may deteriorate the confidence between Turkey and Russia, and consequently it would represent a decline in the level of cooperation within the framework of the Sochi Memorandum (2019). That also could increase the Russia's efforts to grant more areas to the Syrian regime forces like "Manbij, Kobani and Ain Issa" to block any real steps that Ankara and Washington might take.