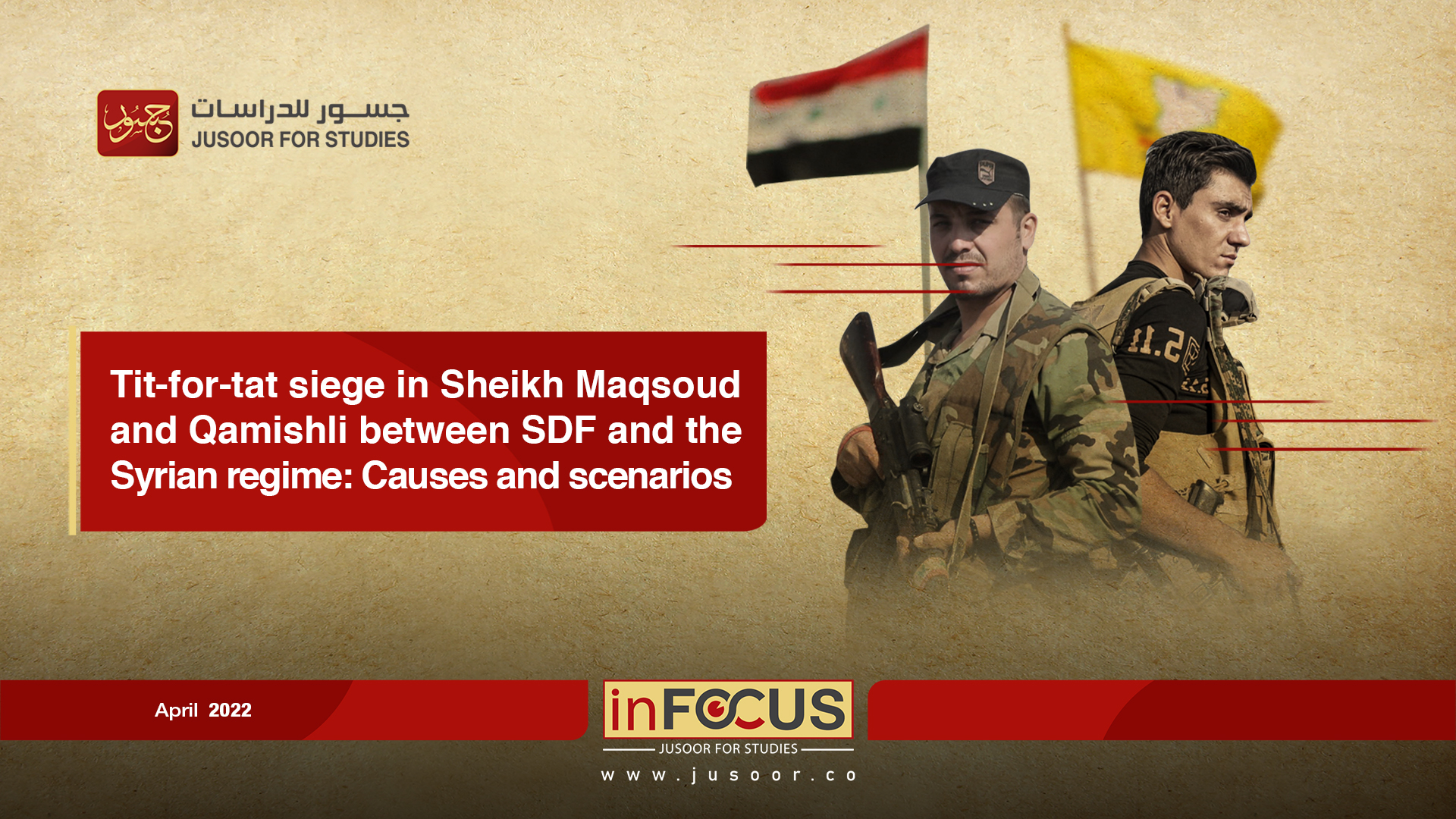 Since the beginning of April 2022, the Syrian regime army's Fourth Division began to besiege the neighborhoods of Sheikh Maqsoud and Ashrafieh, which are controlled by the Syrian Democratic Forces (SDF) in the city of Aleppo. Each of the Al-Jazira and Al-Sekkah military checkpoints prevented the passage of trucks carrying flour and fuel to the two mentioned neighborhoods; This led to the consumption of the flour quantities were in the reserve stores inside these areas and they have been completely empty on the 5th of the same month.
In turn, the SDF has taken a similar action in the east of the Euphrates, specifically in the cities of al-Hasakah and Qamishli, where the checkpoints of its Internal Security Forces (Asayish) forces began preventing the supply of flour from entering the Al-Masaken bakery in the city of Al-Hasakah, and the "Ba'ath" bakery in the city of Qamishli, which are controlled by the regime. Asayish also closed several roads leading to Qamishli Airport and the Security Square area in the city of Qamishli, in addition to mobilizing its forces in the aforementioned areas.
While the real reason that prompted the regime to initiate imposing this reciprocal blockade between the two parties has not been clear yet, a number of expected reasons for this escalation can be put forward after returning to similar cases of mutual escalation:
• The large-scale conflicts as well as conflict of interest between the two parties, such as the dispute resulting from the continued refusal of the SDF to vacate the regime government's educational buildings of Al-Furat University, in the vicinity of Al-Sina’a Prison in the city of Al-Hasakah since the SDF controlled over them after conducting sweep operations that took place in the aftermath of the attack that was launched by the ISIS organization on the prison. Such disputes threaten the ability of the regime to keep managing another providing-services files in the governorate, like the file of higher education, which the regime monopolizes and uses it as a tool to demonstrate its continued sovereignty and the ability to provide services.
• Provoking escalation by the “SDF” and fueling tensions in response to the increased activity and threats of the Iranian-affiliated militias against the interests and forces of the international coalition in the governorates of al-Hasakah and Deir ez-Zor by targeting the latter's military bases by these militias, in addition to the obviously increasing interception of the ground military patrols of the international coalition forces by the regime forces and the regime-affiliated National Defense Militia, especially in the vicinity of the city of Qamishli.
Based on the foregoing, and in view of the course of the escalation between the two parties and the Russian mediation between them for reaching a solution; The two most likely scenarios can be expected as follows:
1. The success of the Russian mediation in calming down and returning to normalcy between the two parties, ending the mutual siege between the two parties and resolving the outstanding problems between them, especially those related to educational buildings, bakeries and other services-related installations.
2. The continuation or further escalation between the two parties and the repetition of the scenario of the Russian-sponsored agreement of “Tai” neighborhood. The "SDF" might step up escalation if it tries to kick the Iranian National Defense Militia out of the "Znoud" neighborhood and the rest of the areas where this militia’s members are still deploying inside the city of Qamishli and its immediate surroundings.
j
In any case, the success of the Russian mediation and its ability to control the scene and rearrange it will not be as easy as it was in previous similar incidents. It is due to the expected decline of the SDF's confidence in Russia itself as a guarantor party against the regime and its violations and because of Turkey, which has not stopped carrying out air and ground military operations to target cadres and leaders of the SDF and the PKK without any reaction from Russia.