The US Retreats Russia Advances in Crises Square – Syria, Iraq, Iran and Turkey 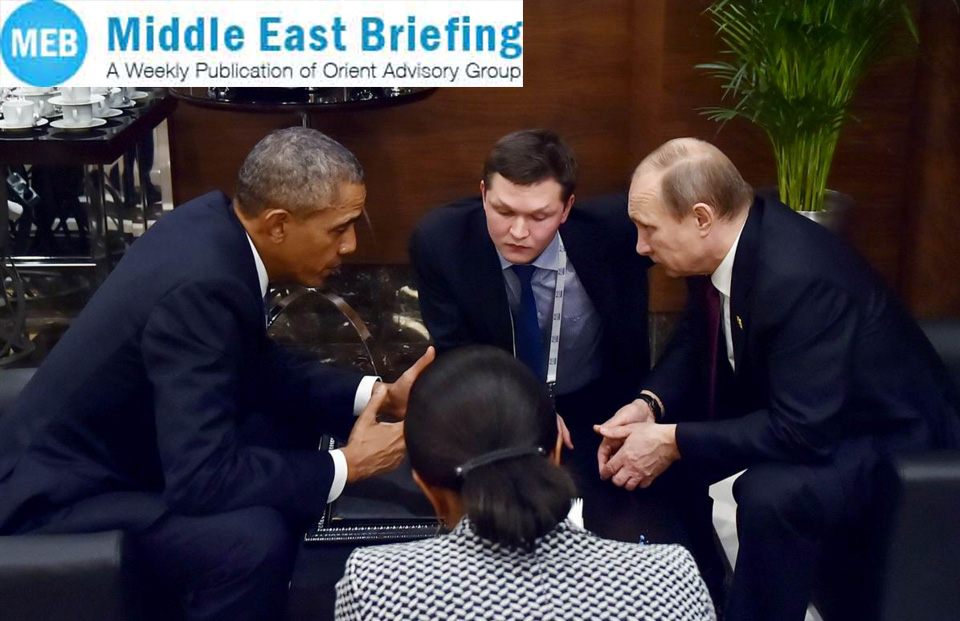 The US Retreats Russia Advances in Crises Square – Syria, Iraq, Iran and Turkey

Things are happening very fast in the rectangle of Syria, Iraq, Turkey, and Iran. Rapid events in this geographic rectangle reveal the complexity of the situation there. The US, Russia, regional players, conflicting ideologies and interests, violence, haunting images, war, terrorism, destruction, are all only the surface manifestations of a very bloody and deeper multilateral confrontation.

Just a quick round up of the most recent events in this crisis quartet and their implications in regard to the regional positions of both the US and Russia:

The armed opposition in and around Aleppo achieved what everyone thought to be unachievable: Not only did they break the siege of the eastern part of the city, which was originally under their control, but they cordoned off the western part, repelled the Russian-Iranian-Hezbollah-Assad attack, recaptured the positions they had lost and took additional ones that were previously under the control of Assad and his allies.

The opposition succeeded in connecting with its fighters in eastern Aleppo. The following mission is to secure a supply route to provide them with the necessary means to carry on.

But the consequences of the battle for Aleppo will be far-reaching. The main question raised by the recent development around the old city could be framed as follows: If Jabhet Fateh al-Sham, formerly known as Nusra Front, is fighting in Aleppo now as an indistinguishable part of a multi-group force, and if the grounds of the Kerry-Lavrov deal is to fight Nusra and ISIL, wouldn’t it be a great service to Assad to bomb Nusra forces side by side with President Putin?

When the issue of coordination between the US and Russia is raised the immediate question to follow is: Cooperation on what grounds? To achieve what? Aleppo has made it clear once more that a military solution is no solution. This cooperation should be restricted to the area of finding a political solution through pressure, each on his side.

The US-Russia Plan B, which is the partition of Syria, will not work. We have just seen that Assad does not have enough muscle to take Aleppo back. How can anyone assume he will have the muscle to keep the entire western portion of Syria stable?

Also in Syria, the US-backed alliance of Kurdish and Arab fighters has seized Manbij from ISIL. The next stop will be Raqqa, ISIL’s “capital”. Strong speculations are spreading among Syrians that the battle of Raqqa will start before the US presidential elections.

The Iranian Quds Force Commander, Qassem Soleimani, arrived in Iraq on August 1 through a border crossing in Diyala Province, and then headed directly to Nineveh Province to inspect the terrain around Mosul. A spokesman for the Shia militias of the Popular Mobilization Units (PMU), or al-Hashd al-Shaabi as it is called in Arabic, Ahmed al-Assadi said that Soleimani is in Iraq “to command the forces that will liberate Mosul”.

Soleimani’s CV must be really impressive. This man led the forces which were killing American soldiers only ten years ago and now he sees yesterday’s enemies paving the way for him to conquer Mosul after its fall to a group of killers.

But Soleimani’s CV also tells a more ironic story. The US seems to have settled with Kurdistan at the condition of letting the Iranians do what they do in the rest of Iraq. Now, as ties between Washington and Ankara are tense, Washington is pondering moving its forces out of Incirlik base and building an alternative airbase close to Erbil.

Of course Soleimani will not go to Kurdistan. ISIL gave him the opportunity to pressure the world to help him control central Iraq. As for the south, it is already under control.

Russia has no tracks in Iraq. It does not need to. As long as the Iranians are clearing central Iraq from Islamists and south of Iraq from Americans, Russia will just have to wait.

While the US seems to be fighting to control a place just to give it up shortly after, it is now a rejected force in all of Iraq except Kurdistan, all of Syria except pockets here and there, and Iran and Turkey. Furthermore, its ties with the Arab Gulf States are problematic. So what Washington did is to knock on Moscow’s door as we have seen in the last few months.

There is no question that ISIL, as a “state”, will be defeated. The question is to whom will the US offer the victory. The obvious answer is: the Kurds. But this will mean that the US settles for a small patch of land after it had been the major power in the whole region. It is a lot of squandered capital to recuperate in a short period of time, if it is not lost forever.

As mentioned in previous issues of Middle East Briefing, the Turkish President Recep Tayyip Erdo?an has emerged more powerful from the failed coup attempt of July 15. Turkish relations with the West were among the main casualties of the coup attempt. We have already seen Erdo?an and Putin dancing together in Moscow. Each provides the other some space to breathe away from Western pressures.

It is possible that Turkish-US relations have now passed the line of no return. The damage done is great, starting from the utter failure to coordinate in Syria, to contradicting policies in Iraq, and then the Turkish suspicions that the US stands behind the failed coup.

One of the consequences of the failed coup may be a rapprochement between Ankara and Tehran. We will deal with this potential development in one of our future issues of MEB. But for the moment, it suffices to say that a stronger link between Iran and Turkey would lead to far-reaching changes on the strategic map of the Middle East. Washington may face an unfriendly, to say the least, camp forming quickly in the region and enhanced by Russian patronage. This will have an impact on the energy map as well and may place Russia in a privileged position in that part of the world.

While the US believes it has achieved a major success by achieving the nuclear deal with Tehran, it difficult to see how this deal represents a strategic success. Ending the 35-year enmity with Iran did not result in gaining a friend there. Rather, it resulted in losing many friends around the region.

Iran is closer to Moscow than to Washington. Admittedly, the Iranians and the Russians see things differently. But if Washington pressures Tehran for any reason, the Iranians know that they have a friend in Moscow. They will never shake the bridges with President Putin.

The clearer the picture becomes, the more we see how the US has lost the Middle East and how Russia is emerging as the key regional powerbroker there.