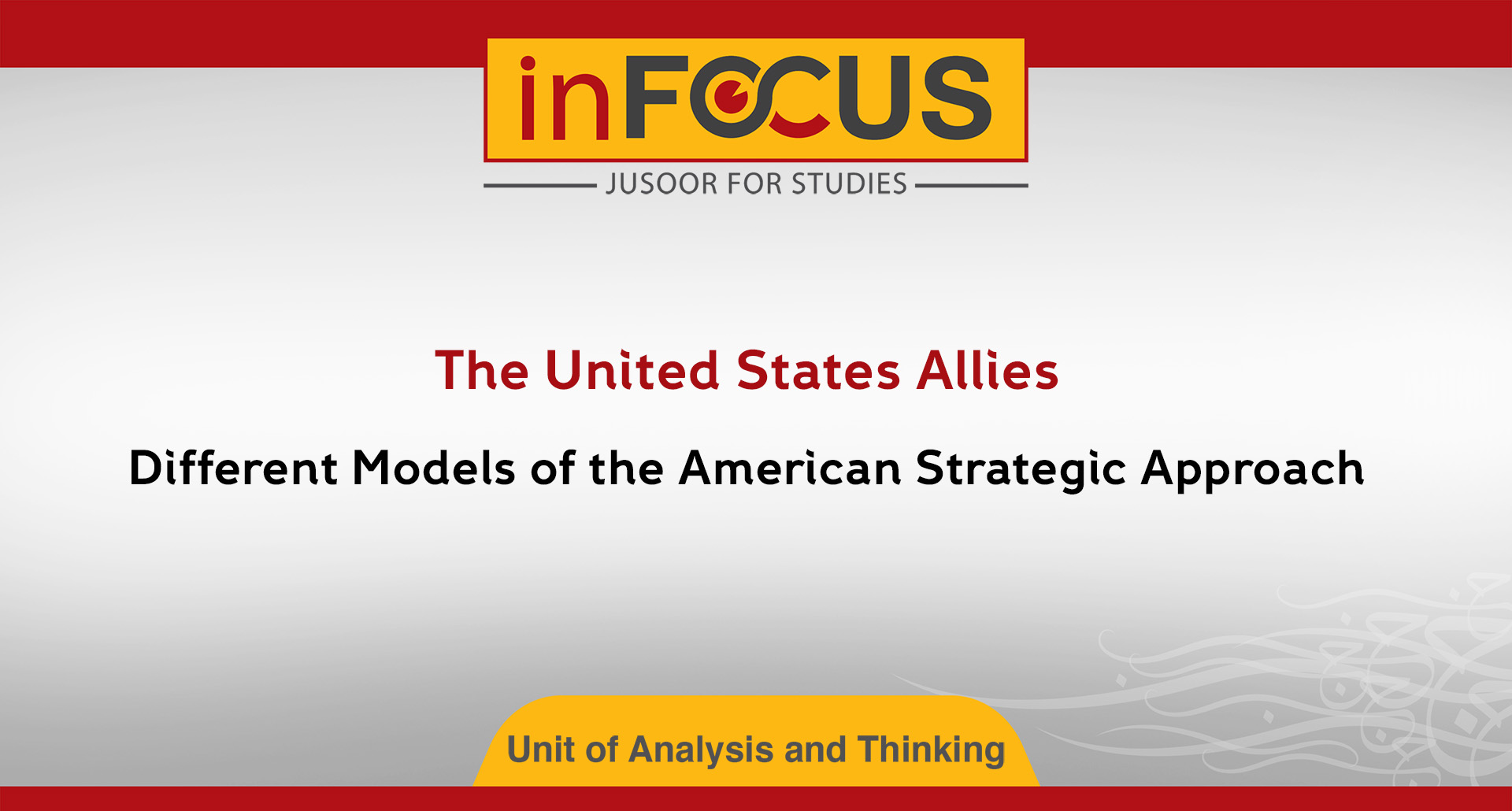 120
The United States Allies: Different Models of the American Strategic Approach
It is believed that the United States dictates foreign policies to its allies in the Middle East such as Turkey, Saudi Arabia, the Emirates, Kuwait, Bahrain and others despite the fact that the last decade has witnessed a rapprochement of some of these countries and perhaps all with Russia and China as well as destabilization or tensions in their relationship with America and opposition to its policies in some issues.
In fact, the United States strategy and the nature of its relations with countries in the Middle East and Asia are based on a number of models, namely:
1. Emerging countries: like Turkey and India, which relatively have the capacity to develop the sources of economic, political and military power.
2. Emerging countries: Like the UAE and Saudi Arabia which only have the autonomous economic power with limited political power at the level of small countries and organizations outside the country.
3. Small ineffective countries: Kuwait, Bahrain, and others which only have the economy as an autonomous power without parallel political power.
It is well known that the United States sees China, Russia and the European Union as advanced international powers, and a possible alliance between China and one of them is a major constant concern for the American leadership in the global order.
Consequently, the first model is of great concern for the United States because if one its countries formed an alliance led by China through the Belt and Road Initiative, it will be a qualitative addition. Accordingly, Washington's efforts are focused on attracting India, containing Turkey, and preventing them from engaging in such an alliance.
Furthermore, the United States observes the second model cautiously without concern because its countries do not have the capacity to strengthen the assumed alliance position that may be led by China or any of the developed countries, and the United States most probably have the capacity to contain these countries.
On the other hand, the United States looks at the third model without any concerns or caution because its countries may be a burden on any possible alliance, given that their most powerful possessions are money, and money is often characterized as the secondary power of greater power in the region, directly or indirectly. Washington has the ability to contain these countries at any possible time.
Returning to the first model, it can be believed that the United States is still able to restore confidence and stability to its relationship with Turkey and any of the emerging countries like India and Pakistan and others, in order to obstruct the efforts of China and Russia, and its unwillingness to weaken the American influence in the Middle East.
It must be noted that the United States monitors the demographic superiority of China and Russia carefully, and it often works to counter it by forming a corresponding balance of three basic human powers in Asia, namely; India, Pakistan and Indonesia.
To visit the English Telegram channel: Click here