The Syrian revolution enters tenth year despite all challenges 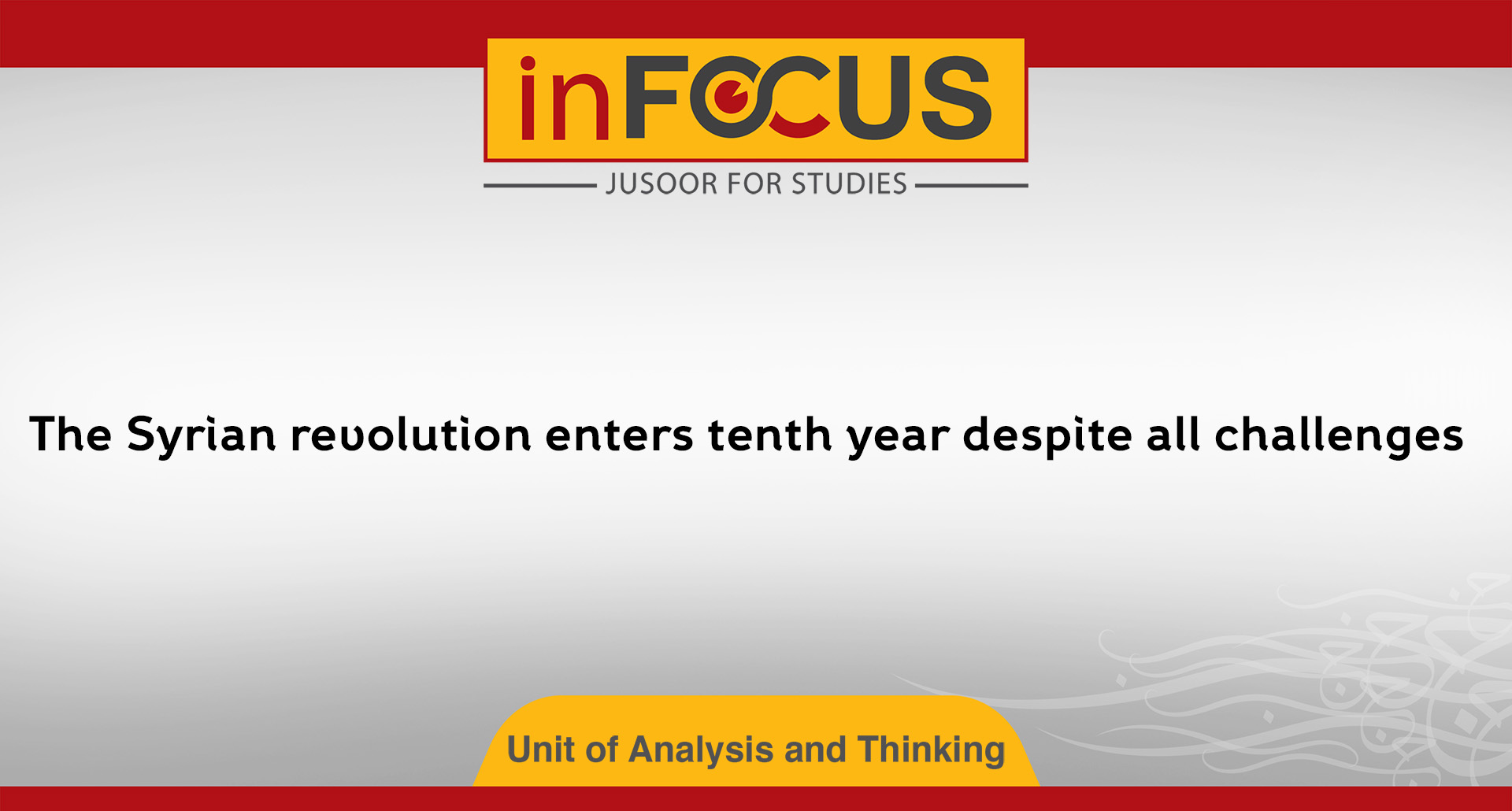 The Syrian revolution enters tenth year despite all challenges

124
The Syrian revolution enters tenth year despite all challenges
The Syrian revolution entered the tenth year since the outbreak of the popular uprising on March, 15, 2011 against the regime. The regime rejected to make concessions; thereby leading Syria into a conflict that threatens international and regional peace and security.
The Syrian regime believed that pushing the peaceful uprising into armed conflict would crush the revolution like it did in the 1980 uprising; however, the regime’s failure to crush the revolution prompted it once again to believe that the solution would be a comprehensive military solution.
During the past nine years, the Syrian regime's gamble was misplaced, and it appears that it will continue to lose in the conflict since;
• The Syrian regime lost sovereignty in the interests of Russia and Iran completely and it no longer has independence in decision-making process, exercise of power, and even in public speeches as Bashar al-Assad's interviews showed last year.
• The regime comprehensive military option depleted the Syrian regime's military, economic, security, human resources, and infrastructure capabilities. Subsequently, the regime lost senior army officers and leaders in the military and security institutions on whom it depended to survive and maintain control.
• The Syrian regime might face strikes that could destabilize its remaining power after the direct confrontation with Turkey, which incomparably outpaces regime’s capabilities, as the regime was trying to recapture the north of Syria.
• The Syrian regime has failed to restore effective control of the Syrian south that now has a security vacuum and a hotbed that poses a continues threat to the temporary gains that have been achieved through the military resolution.
• The Syrian regime is under the threat of an economic collapse after the Syrian lira lost its value against foreign currencies, in addition to the unprecedented economic sanctions such as the Caesar Law.
• The Syrian regime has become unable to solve the displaced and refugees’ file; either it would have to accept their presence in a geographical spot outside its fragile control, or to return them and they would form isolated enclaves and security hotbeds that emulate the model of southern Syria.
• The Syrian regime has become unable to solve the Kurdish file; either it would have to make a concession in favor of the Democratic Union Party (PYD) or confront it. The latter is unlikely since the United States of America will interfere in such scenario.
It must be said, however, the Syrian revolution is still viable despite all failures especially if an opportunity arises to align interests that could provide a relative international protection for the revolution or if the revolution affiliated bodies took advantage of such an opportunity to expand popular representation and form a national front to achieve the demands that the Syrian people have called for since 9 years.