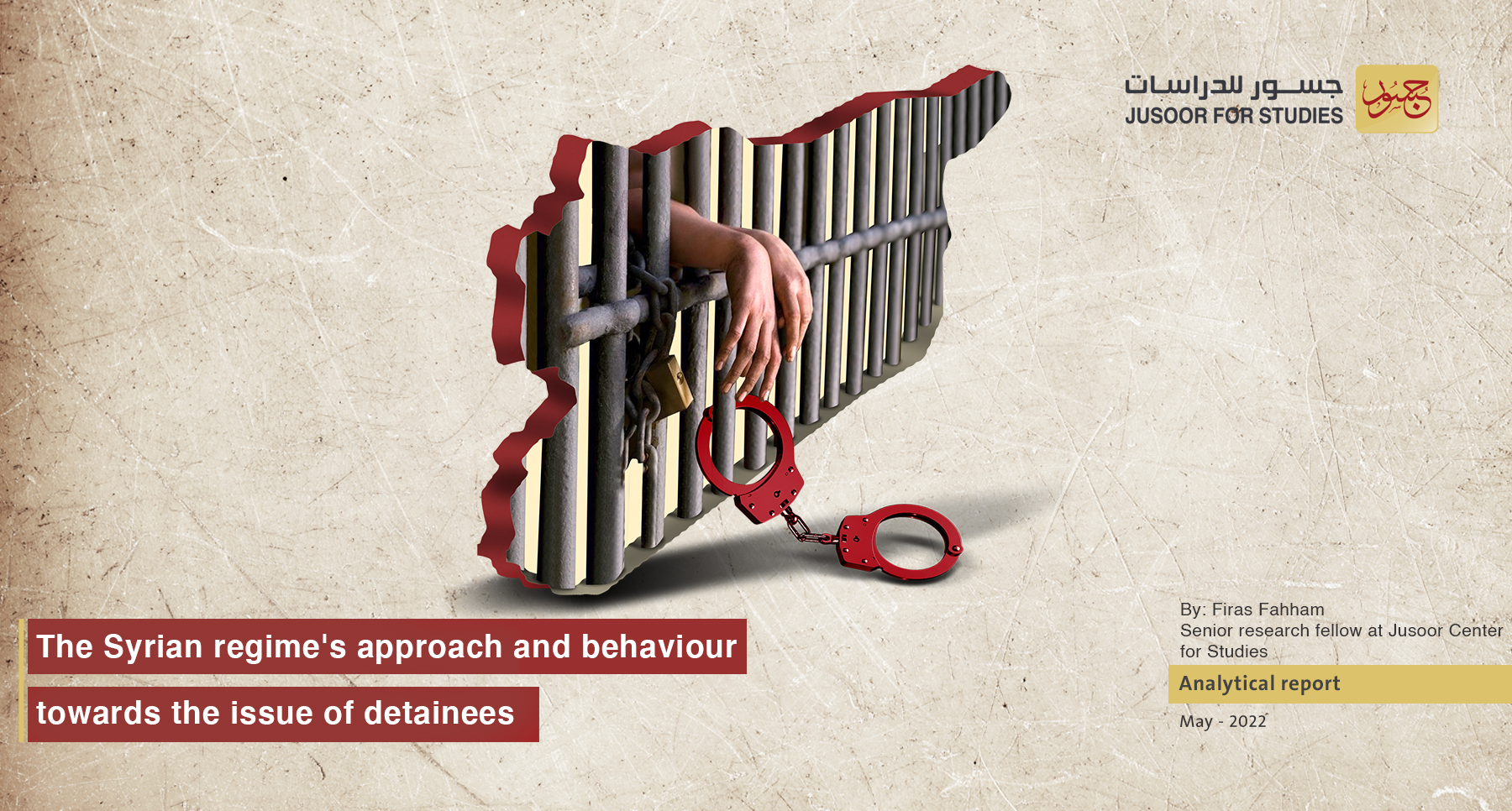 The general amnesty, Legislative Decree No. (7)  issued by the Syrian regime in early May 2022 brought the issue of arbitrary detainees back to the fore again; Because this very amnesty created controversy and debates about the fate of tens of thousands of detainees and forcibly disappeared persons.

It became clear that the regime worked to draw attention to the release of detainees under the amnesty, as its media outlets intensified coverage of the file, and the authorities allowed the detainees' families to gather in one of Damascus's squares.

Accordingly, Jusoor Center for Studies presents an analytical report that deals with the behavior and approach of the regime towards the issue of detainees, how the official discourse deals with it, how the regime legally manages this matter, and how much the regime takes advantage off, whether politically or in economics.

Given the regime's general approach to the issue of detainees and forcibly disappeared persons, which is a part of the regime's closed security structure, it is difficult to expect major breakthroughs or reaching a final solution to this decade-old file. Therefore, it is expected that the regime's efforts to seize this file will continue, relying on military resolution, and thus, with the passage of time, the regime wants to blow over this file  and to get rid of its consequences.