The Syrian pound: a new collapse or a continuation of a previous trend 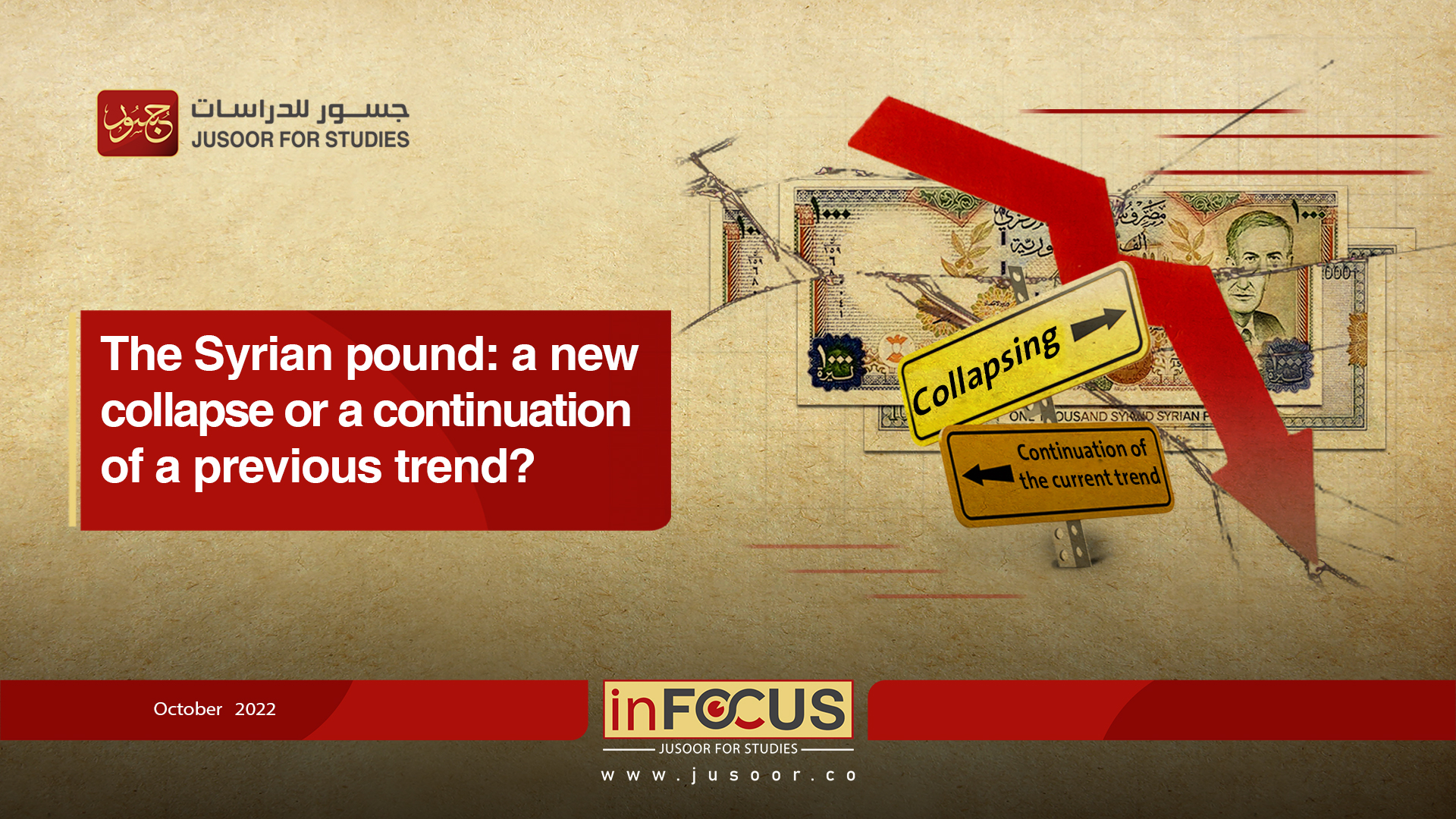 The Syrian pound: a new collapse or a continuation of a previous trend

226
The Syrian pound: a new collapse or a continuation of a previous trend?
By mid-October 2022, the exchange rate of the Syrian pound (SYP) reached more than 5,100 SYP per US-dollar. This is the largest decline in the value of the SYP for a long time after the relative stability the currency achieved.
The recent shifts in the exchange rate of the Syrian pound can be viewed in the context of the continuous decline in its price against the dollar for more than 10 years. This means that the normal course of the SYP is declining, in light of the collapse in the Syrian economy and depletion of state resources in the war.
However, the SYP has had a kind of stability in the exchange rate for more than 16 months due to a number of measures taken by the regime; most notably:
• Controlling the Syrian monetary mass by forcing major merchants to deposit their money in banks and withholding their large transfers.
• To enact legislations providing for the necessity of opening bank accounts for real estate and car sales so that money remains in banks and in the local currency.
• Imposing tight measures on money transfers and retention of funds, as the provisional detention law has contributed to forcing a large number of companies and businessmen to make large payments in Syrian pounds to government institutions. It also made these companies and businessmen more responsive to the decisions issued by the government institutions through reaching financial settlements, which they made in the regime's intelligence branches, just like the political ones that took place earlier. This helped greatly in reducing the monetary mass leaving it under the regime’s control for a long time. As a result, this contributed to the relative stabilization of the price of the SYP.
In the second quarter of 2022, the regime’s demand for foreign currencies has mounted, for reasons related to the rise in the price of foreign goods against the backdrop of global crises. It was able to take advantage of the attractive offers for stolen grain from Ukraine through Russian traders or intermediaries who brought some quantities for the regime at attractive prices. This made the latter bring in more quantities of the stolen grain and consequently the demand for foreign currencies increased.
On the other hand, Russia seemed more in need of foreign currencies with the start of its attack on Ukraine and as a result of Western sanctions. This made Moscow expect a quick short-term debts recovery, at least from its allies. This also contributed to raising the regime's need for foreign currencies, and made it pour larger quantities of Syrian currency to suck dollars in the markets of Damascus, Aleppo and northern Syria.
In the same context, the regime's allies are experiencing unprecedented crises, like sanctions, in addition to military and political losses suffered by Russia and protests erupting in Iran. The above-mentioned crises are added to the already high prices of energy and major commodities.
As such, the money supply of the Syrian pound in the markets is increasing; and the Syrian merchants and businessmen’ confidence in the currency of their country decreases. This leads to a new undetermined collapse of the Syrian pound this current year.
The only constant is that the value of the SYP is heading for further declines during the next six months. The levels of such declines are related to the regime’s ability to regain the initiative in controlling its price, by reducing the money supply, and obtaining funds in foreign currencies from its partners or from early recovery projects that are expected to start in its areas of control.