The US-led international coalition forces and their bases deployed in Syria have always represented the biggest challenge for the Iranian militias in increasing their activity and areas of control. This, in fact, made the relationship between the two parties always based on provocation, caution and an equivalent response. But, however, the recent wave of escalation and its implications in terms of timing and implementation mechanism as well as the level of interaction calls for a more detailed study of the case to find out its outcome and the possibility of the change that it may impose on the nature of the field relationship between the two parties.

Accordingly, this report reviews the nature of the relationship between the two parties in Syria and monitors the most prominent previous attacks carried out by Iranian militias against the bases of the international coalition in Syria. Then, the report then moves to focus on the recent escalation by reviewing its details and the implications and motives for participating in it.

Ultimately, the report concludes with a vision of the future of the relationship between the two parties and the fate of the recent escalation between them.

This report helps scholars and researchers, specialized and interested in investigating the course of the interaction of the relationship between the US forces and the Iranian militias in Syria. It also gives a panoramic account of the most important stages of this relationship. 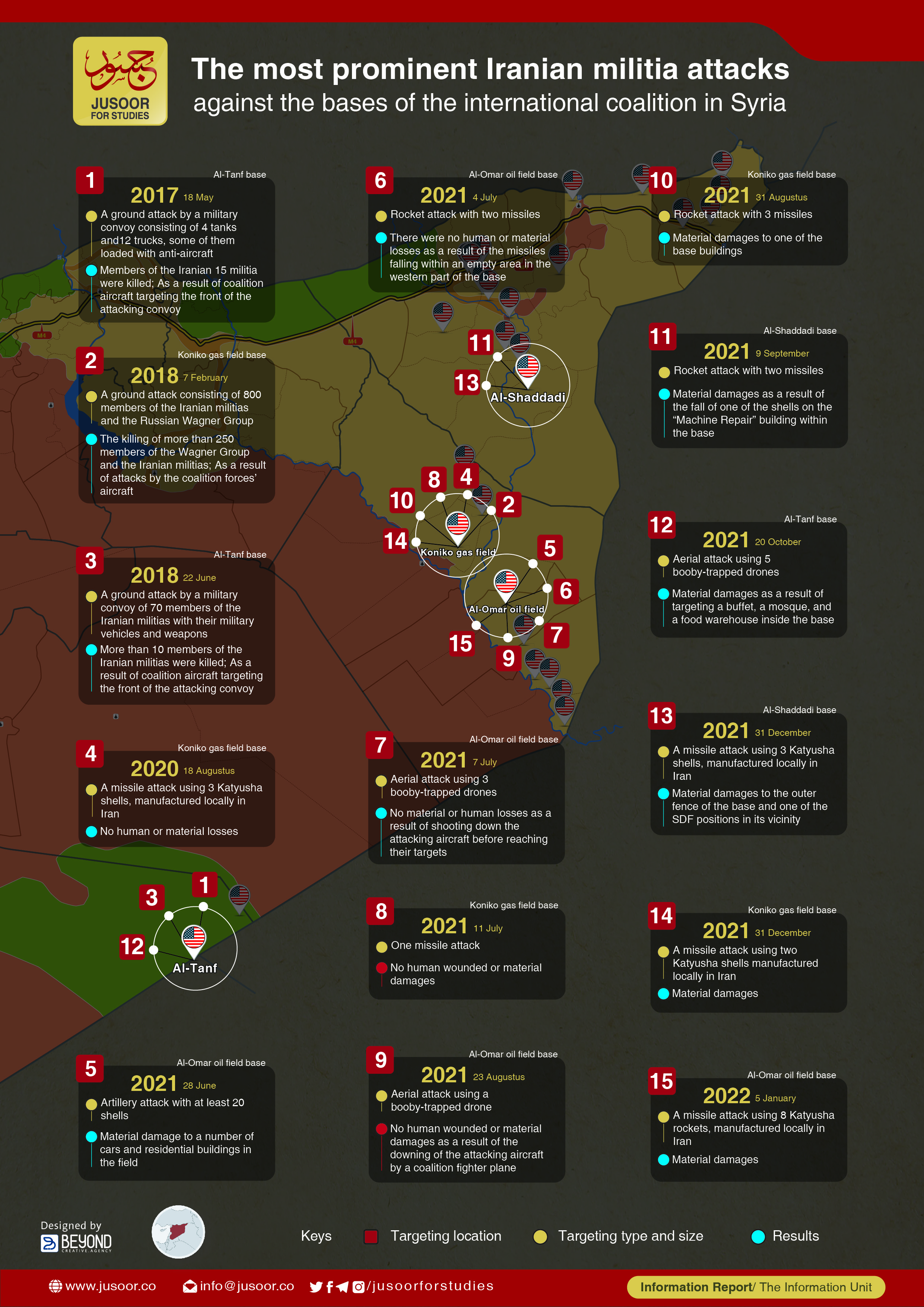