The Kurdish Self-Management Project in Syria.. the Reality and the Future 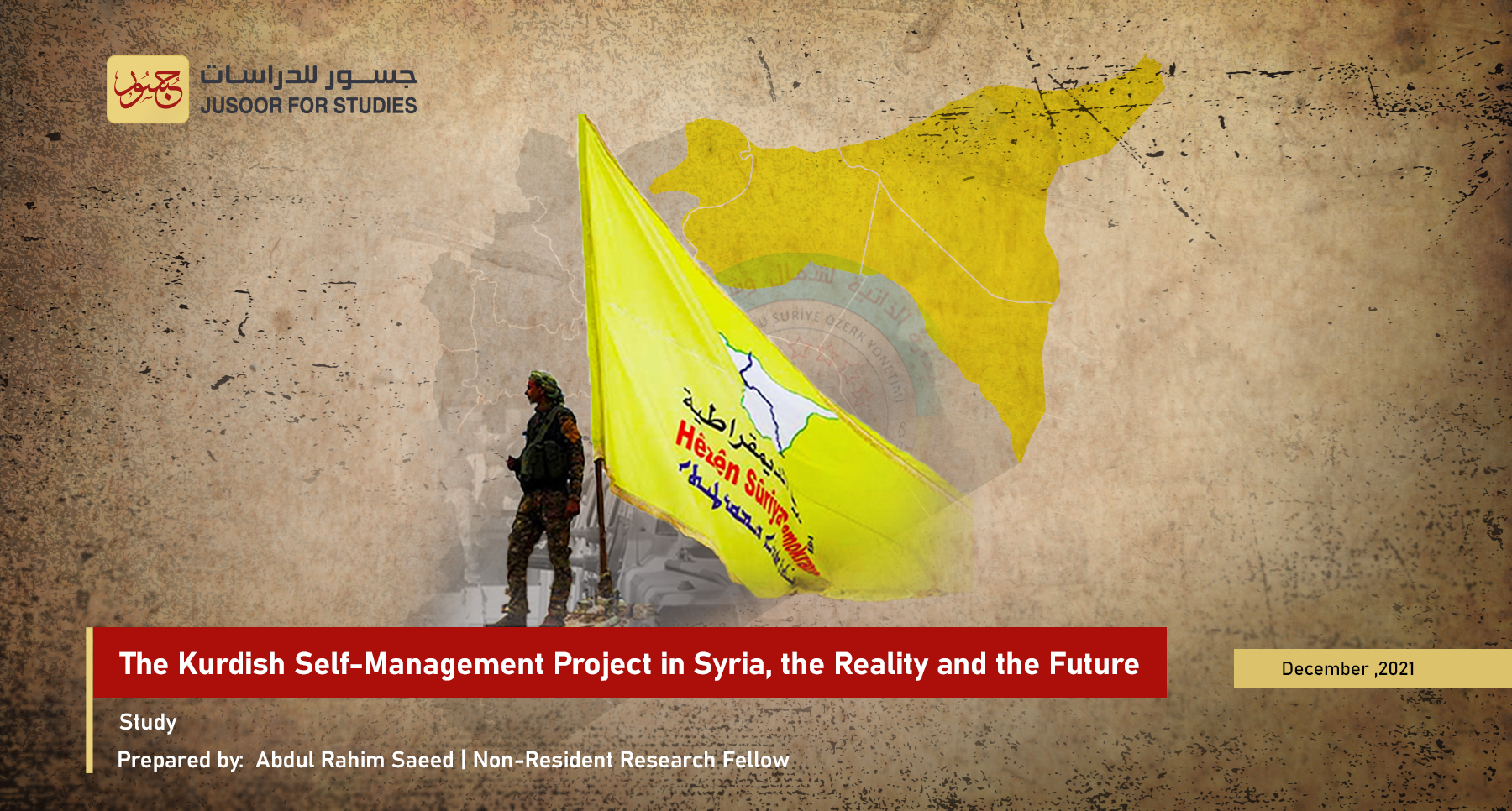 The Kurdish Self-Management Project in Syria.. the Reality and the Future

The Kurdish Self-Management Project in Syria, the Reality and the Future

The Kurdish Self-Management Project in Syria: the Reality and the Future To view the full study, please click on the following link: The Kurdish question is considered one of the central issues in Syria. Its importance lies in its extraterritorial effects that extend beyond the Syrian borders into neighbouring countries, whose relations with major powers affect the process of the international policy-making and the nature of alliances between countries. This study addresses the future of the Kurdish project in Syria: how it was; how it will develop in the coming years; and the type of impact it might have on the Syrian situation as a whole, along with Syria’s relations with neighbouring countries. Furthermore, the study will discuss the impact of the Kurdish question on inter and intra major powers relationships with regard to their positions towards this issue. Such intricacies, are essential for any researcher investigating the Syrian issue and for any active political force in Syria as well. Such knowledge is essential for dealing with the Kurdish question that requires also taking into account the international and regional balances affected by it; which in