The International Situation and the American Policy in Syria 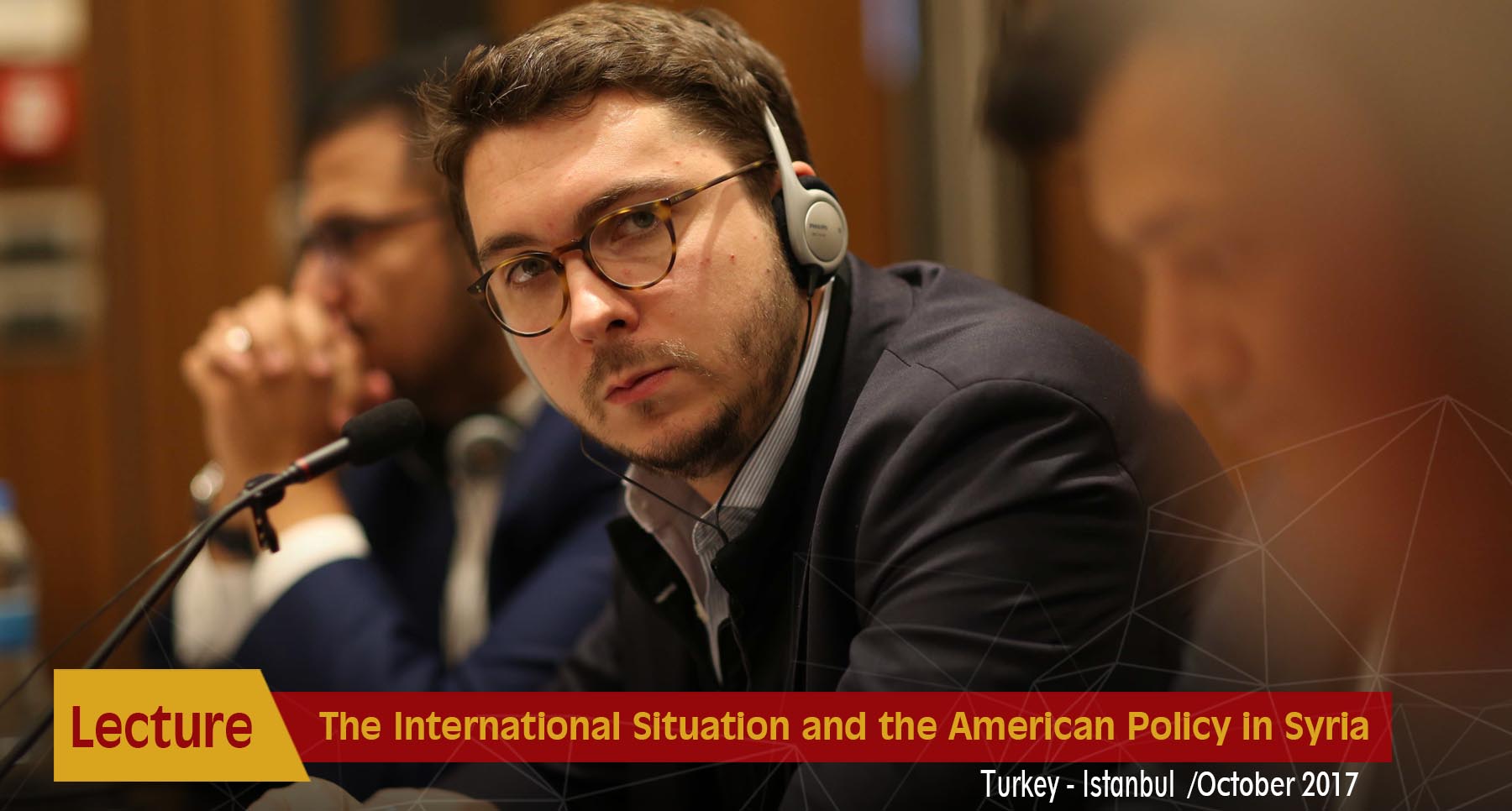 The International Situation and the American Policy in Syria

Jusoor for Studies Center Hosts a Lecture by Charles Lister on the American Policy in Syria
Jusoor for Studies invited Charles Lister, an American researcher who is interested in the Syrian affair to give a lecture entitled “The International Situation and the American Policy in Syria” on October 5, 2017, in Istanbul city.
Lister reviewed the nature of the American and Western perception of the current realities about Syria in detail especially, after the retreat of ISIS on the expense of Syria Democratic Forces in addition to the progress of the regime’s forces in substantial parts in Deir ez-Zor, as he indicated that the removal of the Syrian regime is not a priority for the American Administration in the meantime.
Moreover, Lister presented dynamic propositions for dealing with Russia, Iran, and Israel, who are the three main actors in the Syrian Arena, as he illustrated the extent and nature of priorities of each country in the Syrian affair.

He also added that the American position towards the Syrian affair is based on two points:
Americans consider the Middle Eastern Characters as ignorant gunmen with a bushy beard who want to fight the world while the American seniors’ positions seem deeper, as it depends on the policy of multiple containment, which used to be a prominent policy during Obama’s presidency whilst the policy of no grounds for any external intervention is common in Trump’s presidency. Charles Lister indicated that ISIS and the chemical weapons in Syria are the main points of discussion by the American Administration.
Furthermore, the decision-making sides in the American policy focus on two main issues, which are: Al Qaeda and Kurds, as U.S. main objectives are represented by fighting ISIS and De-escalation zones. Lister urged the political actors in the Syrian affair to enhance their presence on the international media platforms for the sake of addressing, with different languages, the whole world about the real suffering of Syrians the thing that enables these actors in providing their voice to the Western peoples. He added that Syrian Kurds were the only side to reach the world through this mechanism.
At the end of the lecture, Charles Lister presented an extensive comparison about the current realities for the political solution in Syria, whereas this solution takes place between Astana conference (with regional compliance) and Geneva Statements (with international blessing).
This lecture is considered as a vital part in Jusoor for Studies’ program that aims to organize a meeting with actors who are interested in the Syrian affair in order to enrich the environment of Political and research debate. 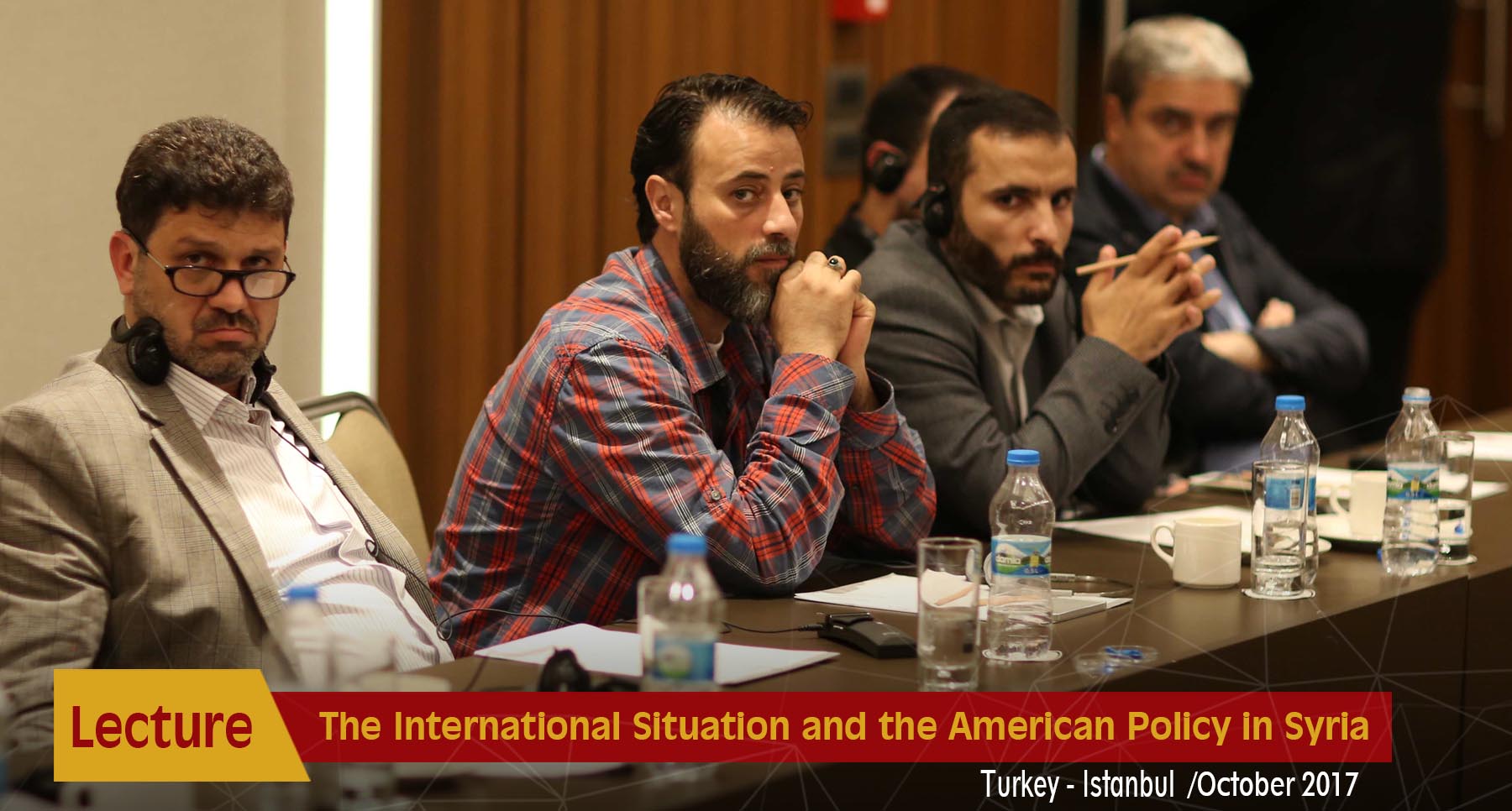 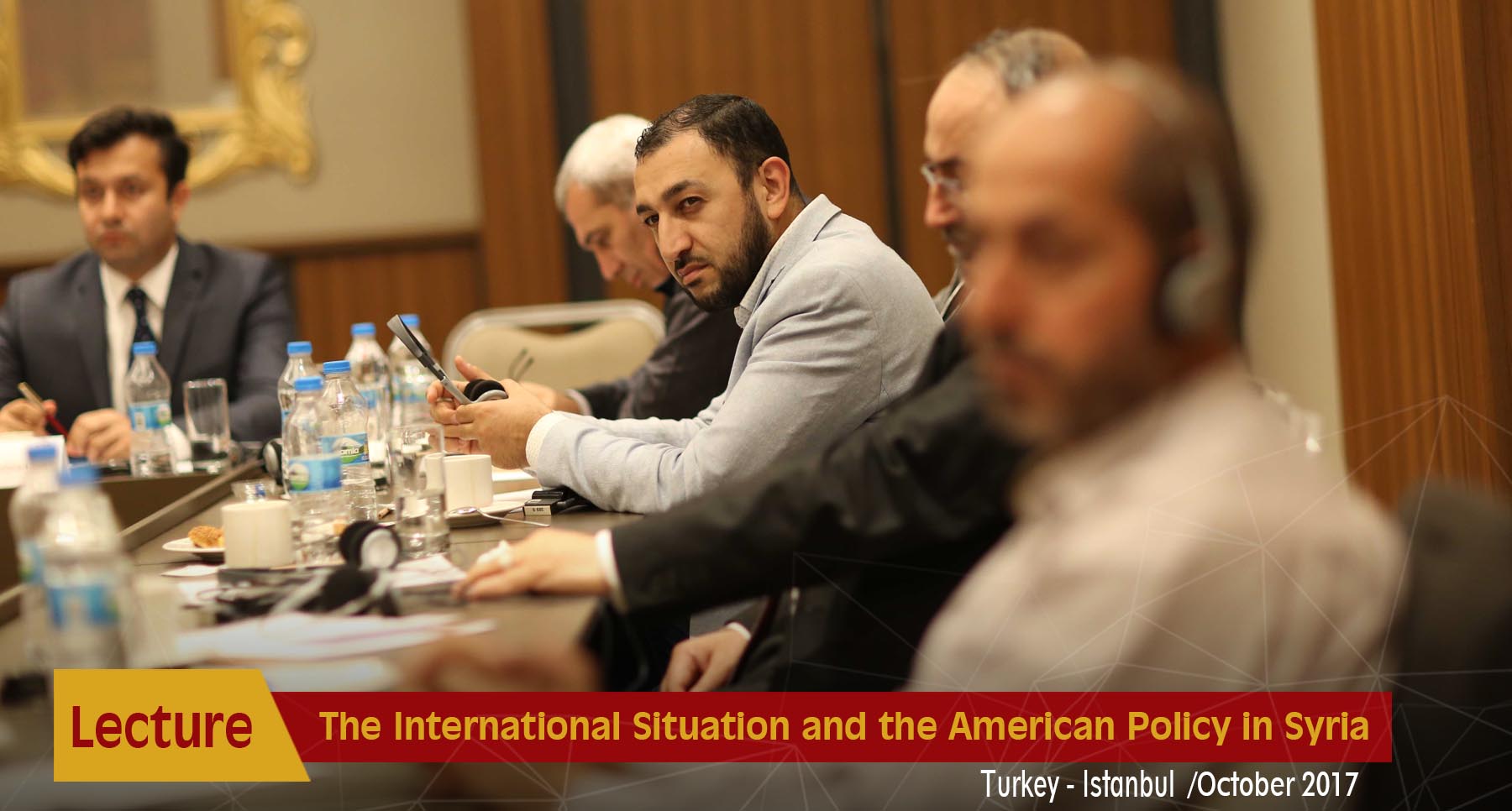 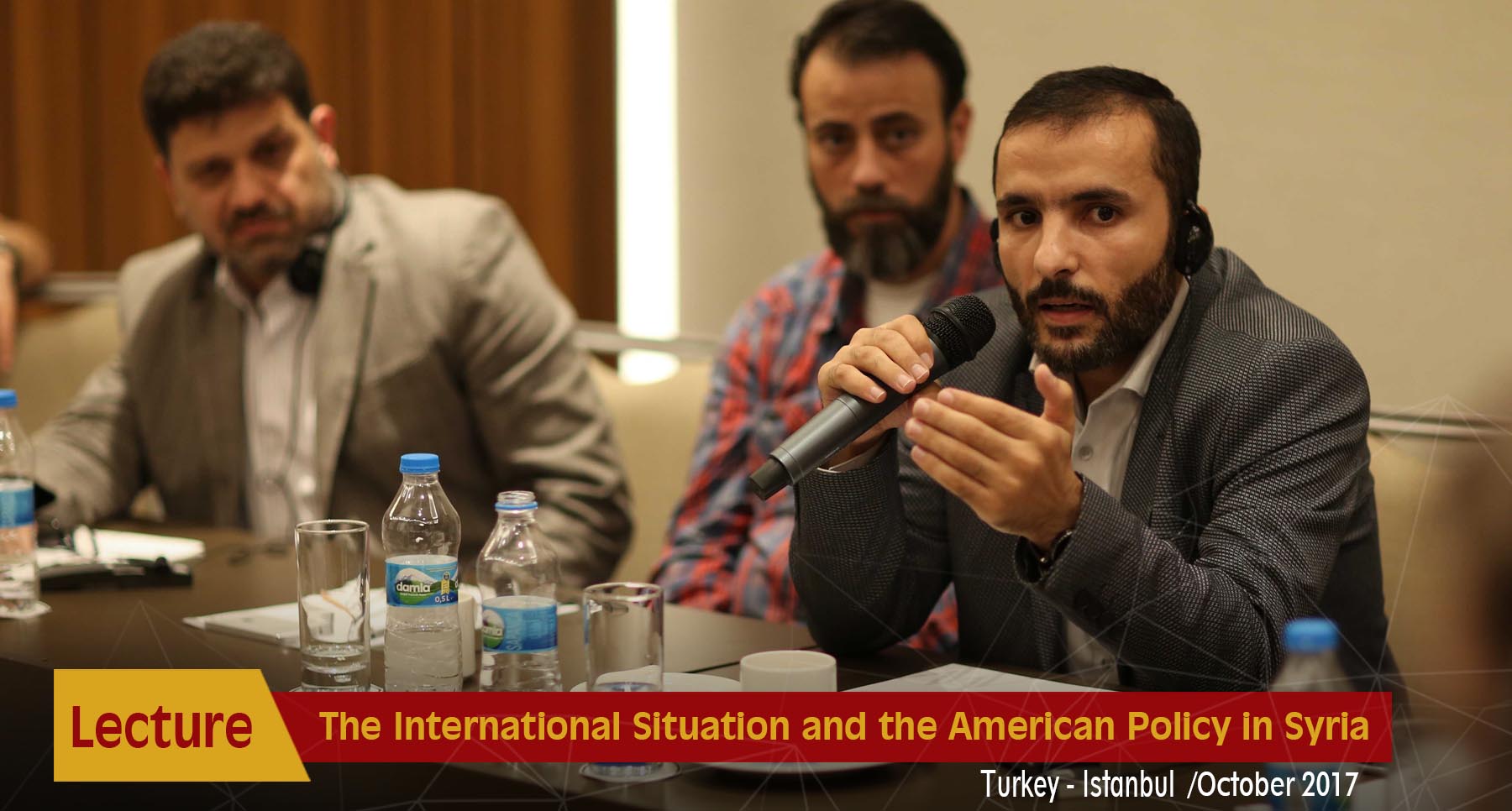 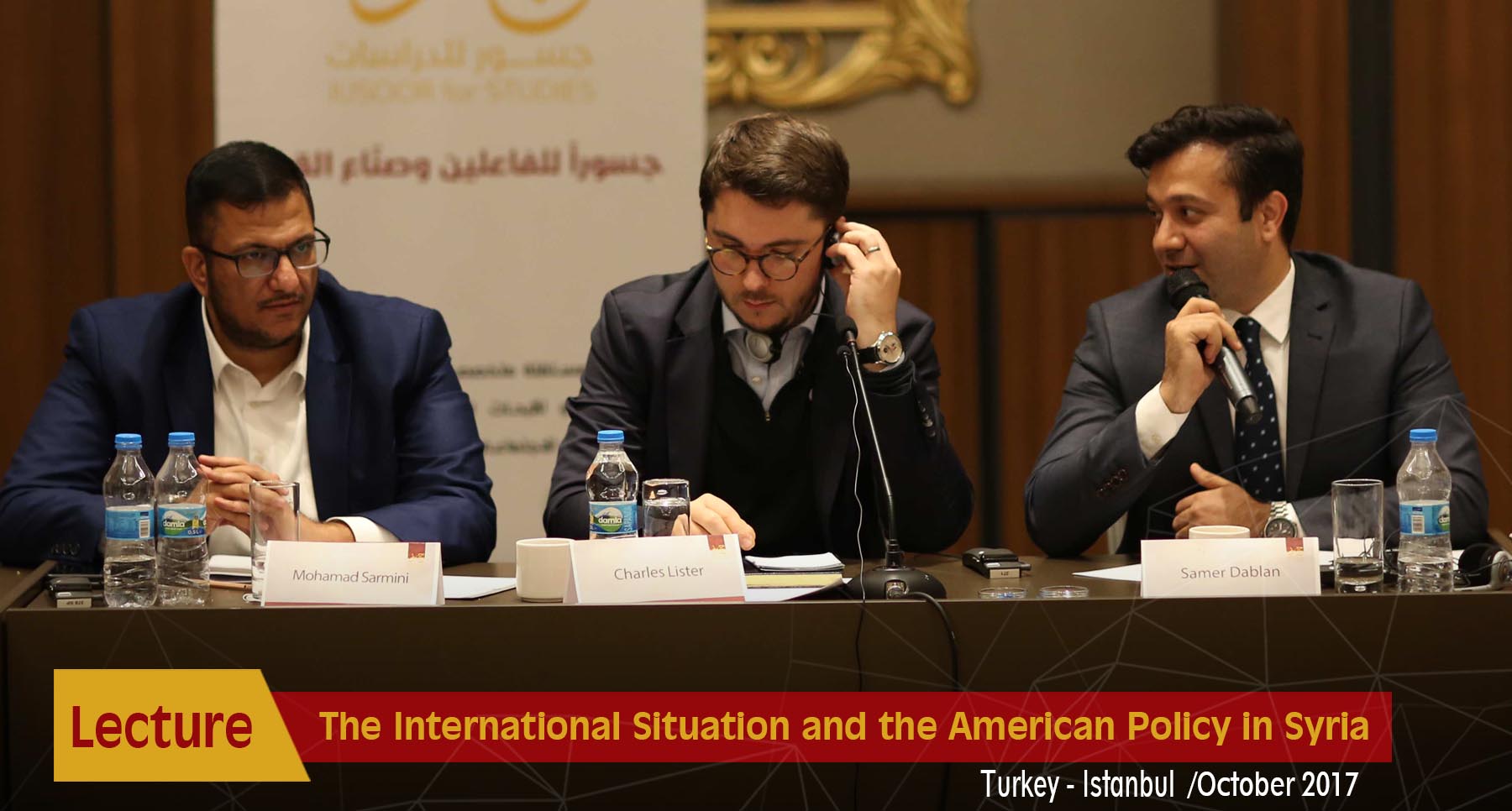