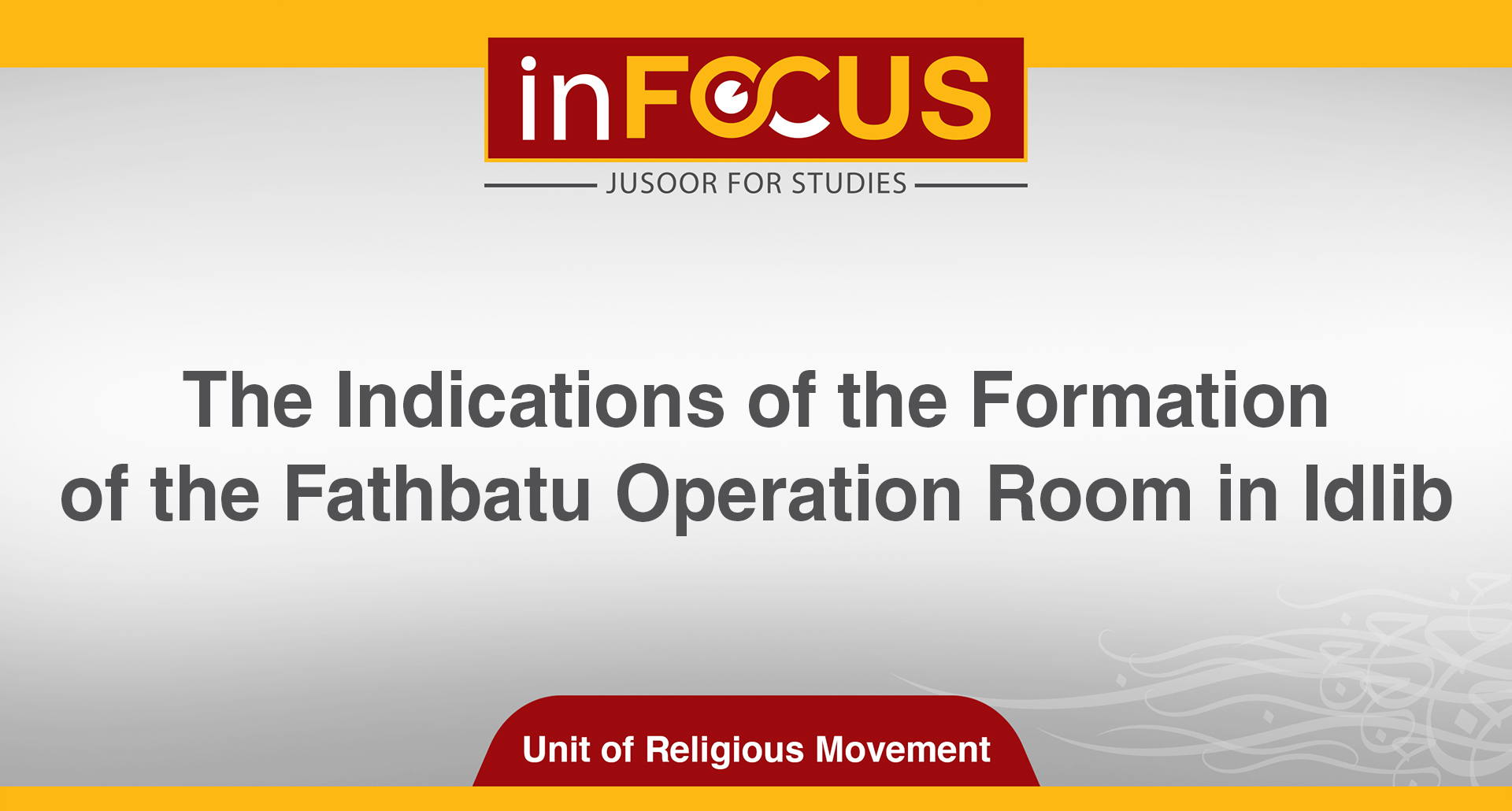 115
In Focus |The Indications of the Formation of the Fathbatu Operation Room in Idlib
Several military groups announced joining the military operation room Fathbatu (Holdout/Resist), indicating that these factions anticipate a close confrontation with the Syrian regime and its allies soon or an internal confrontation to eradicate some of the jihadist components active in the region. In either case, the room’s name indicates the need to hold out and resist the enemy despite the small number of groups forming the operation room.
The founding manifesto stated that the operation room was created to “Fight the violators and break the occupiers’ plot.” However, the formation of the operation room will have other direct or indirect effects including:
• Emphasizing independence: The Jihadist coordination groups led by Abu al-Abd Ashidaa and the al-Ansar Fighters Brigade led by Abu Malik al-Tali were not among the groups forming the Rouse the Believers operation room in late 2018. They sufficed to allying with the room rather than merging and joining under its umbrella.
• Uniting before the target: Since it is likely that the new operation room will be a common defense agreement against those who may attack the room’s components, whether targeting them from within or outside.
• Finding room for maneuver and effectiveness: The Hay’at Tahrir al-Sham’s headquarters controls the administrative file in the region and it wishes to demonstrate its ability to manage the military file and control its details as well. However, the new room will provide its components with independence and more space to operate in the face of the Iranian militias and the regime’s allies.
• Creating an umbrella for confrontations: As many fighters in other factions wish to confront the Iranian militias, the absence of an umbrella formation supporting this move constitutes an obstacle for them. The new operation room is likely to provide this umbrella and become a haven for them.
Practically, it is unlikely that the factions of the operation room will take the initiative to confront the Turkish forces deployed in the region, but this does not exclude that some factions might unite to resist a Turkish attempt to dismantle or eradicate them by force. This operation room, as well as the fighters who will join it later, will be of concern prior to any possible confrontation between Turkey and the jihadist factions it manages.