The Future of the Suwayda Uprising 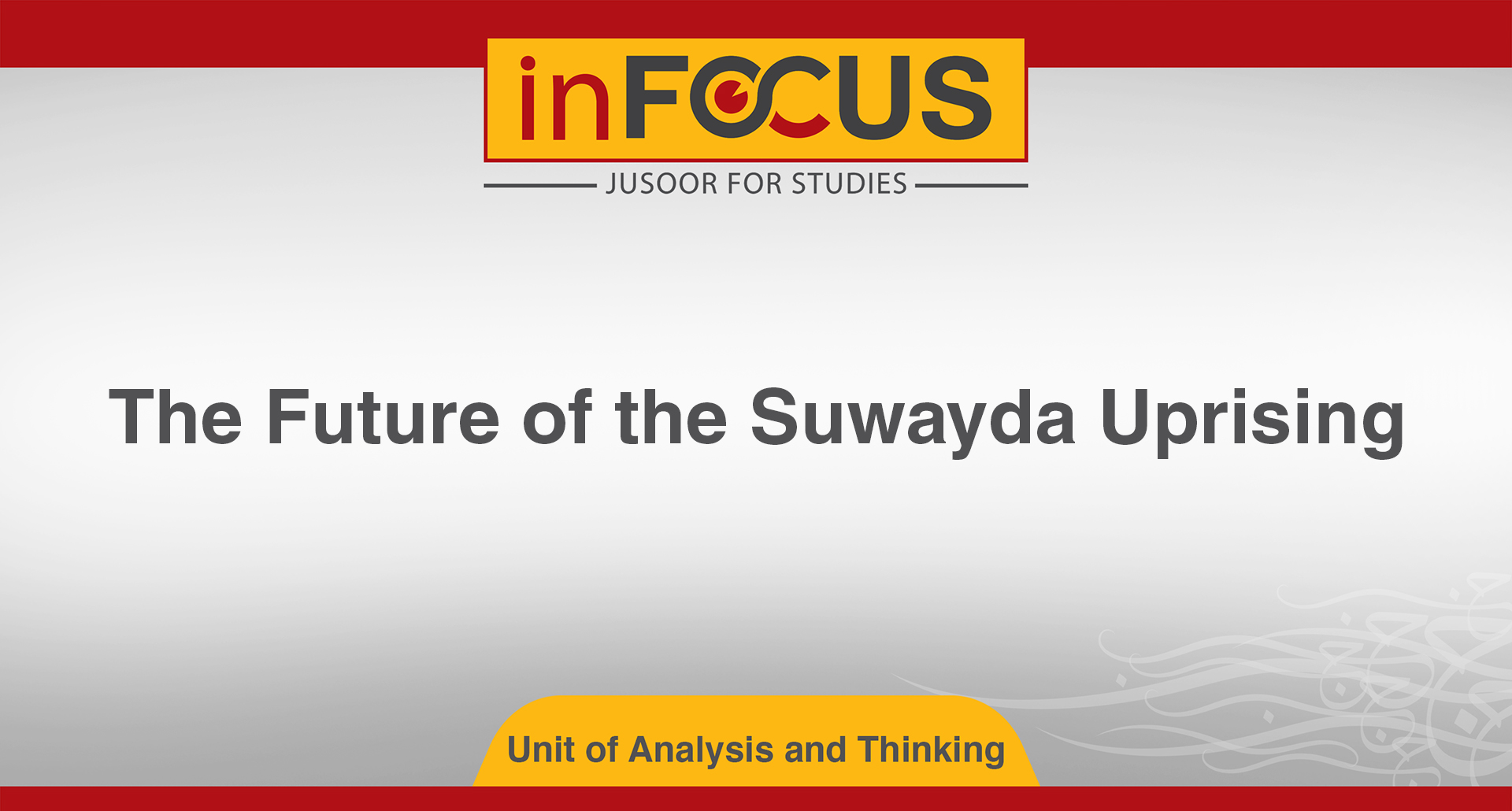 The Future of the Suwayda Uprising

145
In Focus | The Future of the Suwayda Uprising
Anti-Syrian regime protests returned to the Suwayda Province in early June, with the protesters calling for the fall of the Syrian regime and the removal of Bashar al-Assad.
The Suwayda protests come as a shock to the regime which long-held onto the narrative of protecting the Syrian minorities and that the Syrian crisis is caused by external extremist organizations.
We can identify a number of causes that led to the outbreak of popular protests in Suwayda as follows:
1. The file of men in Suwayda who are abstaining from joining the military establishment of the Syrian regime and the failure to come to a settlement, despite the several attempts to address the file in several years.
2. The recent collapse of economic and living conditions after the Syrian pound hit a record low.
3. The Syrian regime failure to address the economic crisis and to provide services to Suwyda Province while maintaining the province under its security grip.
4. Continued attempts to recruit youths of the province in pro-regime loyal parties or with religious leaders, the latest attempt was the "Syrian National Youth Party" recruiting some young men to fight in Libya under the leadership of Russian “Wagner" Group.
5. The Caesar’s law entering force and the political messages addressed through the law, indicating that it is difficult or impossible to float the Syrian regime again.
It is clear the Suwayda uprising is directed by young without a tangible role for religious or tribal leaders. It is likely that the future of the uprising will be linked to several important factors:
1. The positions of the Druze sheikhs who are considered references for the sect by a wide segment of people in Suwayda such as Sheikh Youssef Jarbou and Hammoud al-Hinnawi.
2. The position of the local factions, especially the Men of Dignity Faction-considered the most popular in Suwayda- as the position of those factions remains blurry
3. The Syrian regime strategy in confronting the protests. In this context, the regime using ISIS card and facilitating entry of ISIS cells onto Suwayda to carry out security operations is not a ruled out strategy as the regime used it in 2018. Also, the regime might use ally religious references like Sheikh Hikmet al-Hajir who released a statement on June 12, describing the protests as “ugly manifestations and deviations from traditions, origins and lack of manners. "
4. The size of the international intervention in what is happening in the endosperm governorate, and the possibility of some countries sponsoring a settlement between the Syrian regime and the popular components to ensure calm returns to the governorate.
Unit of Analysis and Thinking - Jusoor for Studies
To visit the English Telegram channel: Click here