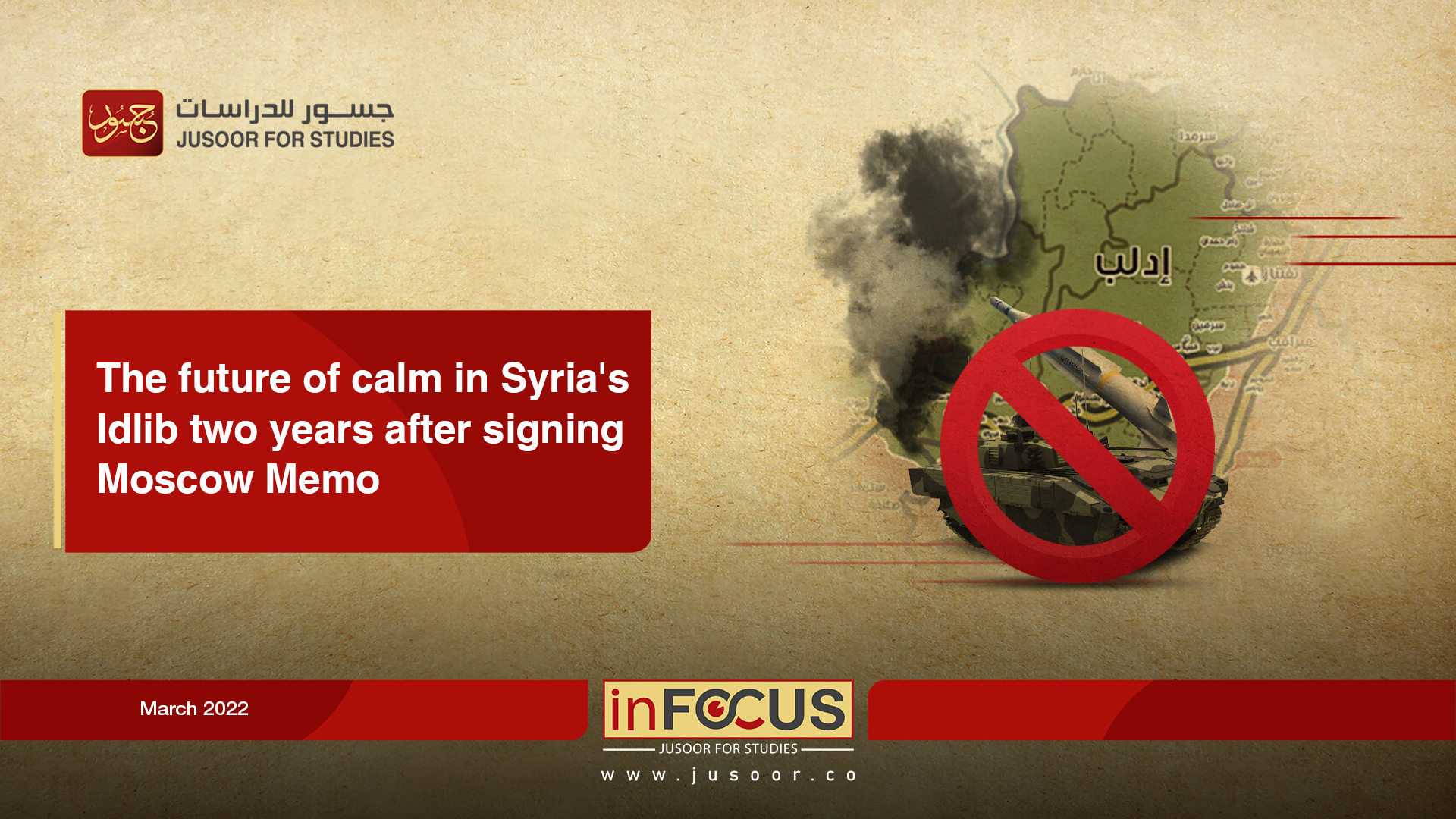 two years have passed since the Russian-Turkish ceasefire deal was reached in Idlib, northwest Syria. That's the longest period of calm between the regime and the opposition in the de-escalation zone.

However, Turkey and Russia are still unable to turn the understanding on Idlib into a sustainable agreement; Due to the persistence of bilateral differences on many issues, such as military proliferation, counter-terrorism, commercial traffic and transportation.

The parites have shown a clear concern that the ceasefire regime in Idlib would not collapse. Accordingly, on September 29, 2021, Presidents Recep Tayyip Erdogan and Vladimir Putin agreed on a road map for implementing the Moscow Memorandum, but without any commitment to it.

In fact, the violations and escalations have not stopped since the protocol was signed, until they reached the repeated targeting of civilian, medical and economic facilities, let aside the targeting of the military installations; 4 training and armament sites belonging to the opposition factions were bombed during the previous two years.

This insistence on the use of military force by Russians and the expansion of targeting was nothing but an attempt to pressure Turkey not to slow down in implementing the road map, in addition to demonstrating the ability to deprive the opposition areas of economic resources and medical response.

Turkey has shown a clear keenness to link any progress in implementing the Moscow Memorandum on Idlib with similar steps by Russia in the Sochi Memorandum (2019) on the eastern Euphrates. The differing priorities was a major reason for Russia's discontent, but without causing the collapse of the ceasefire, despite resorting to the policy of maximum pressure in the escalation.

Russia and Turkey's preoccupation in the conflict that erupted in Azerbaijan and before that in Libya is a reason that cannot be overlooked in maintaining the ceasefire in Syria in general and particularly in Idlib.

Accordingly, the chances of the continuation of the ceasefire in Idlib are still present and continuing, especially with Russia's preoccupation with the conflict with Ukraine and NATO. It does not seem that Turkey will resort during this period to launching new ground military operations east of the Euphrates that would disrupt the calm in the west, with the exception of the possibility of intensifying air strikes against the PKK, especially after launching Operation Winter Eagle on February 1, 2022.