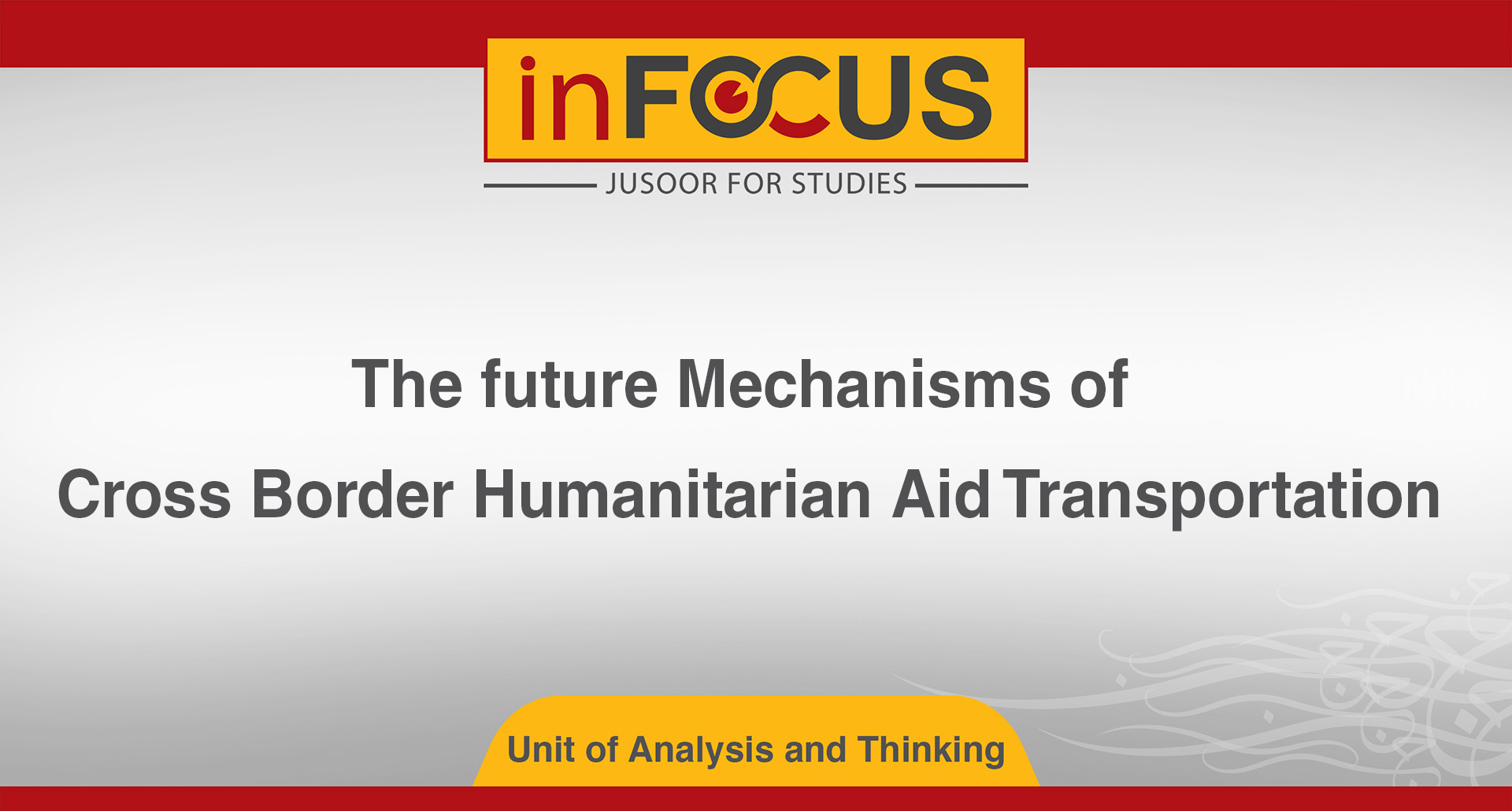 In July 2020, the United Nations Security Council is holding a meeting to discuss the future of cross-border humanitarian aid transportation mechanisms to Syria as July 10 marks the expiration of Resolution No. 2504. On January 10, 2020, the Security Council adopted Resolution No. 2205 after the expiry of UN Resolution No.2156 (2014), and following Russia rejecting a draft resolution calling for an extension of that resolution. Due to these events, the number of crossings decreased from 4 to 2 and the time period was reduced to 6 months rather than the full twelve months. It is believed that the Security Council meeting in July will discuss a draft to extend a resolution submitted by Belgium and Germany in July. In addition, it is possible that a Russian draft resolution will also be discussed. It is speculated that the Russian draft stipulates reducing the number of border crossing points and/or the length of time the border crossing points are active; or it suggests the re-adoption of the Security Council’s basic mechanism which limits transporting humanitarian aid through Damascus; or calls for accepting the addition of a new border crossing point that is under the control of the Syrian regime. Russia’s goals are not limited to returning one of the most important sovereignty files to the Syrian regime and depriving the Syrian opposition and its international allies from the opportunity of participating in the humanitarian response. Through the Security Council meeting, Russia seeks to respond to the urgent need to expand the scope of humanitarian aid management due to the US and EU’s coordinated economic sanctions that are part of the maximum pressure policy being implemented.