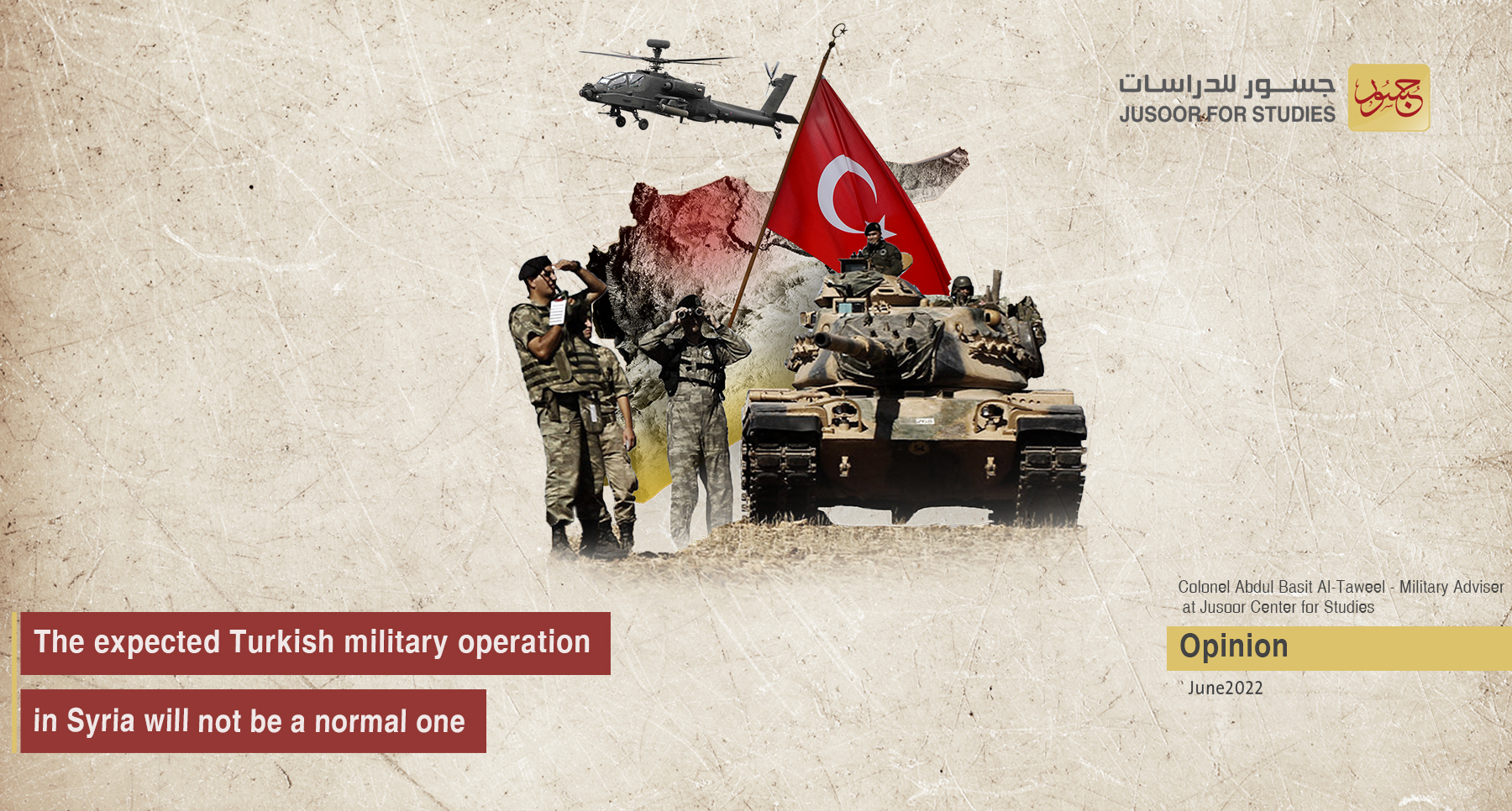 Tactically, practically or strategically; military actions have one mechanism and operational strategy whether they belong to the eastern or western military schools.

Apart from the combat systems of each school, the upcoming Turkish military operation in northern Syria needs to be thoroughly studied; particularly with regard to decision-making.

It is clear that there is a frantic military activity taking place silently by the Turkish forces and the Syrian National Army. These activities include monitoring, surveillance, and cyber espionage on the enemy's electronic and  telecommunications devices.

Such activities; however, are not considered part of the decision-making process, but rather a continuous routine at all times against a potential enemy. They constitute the basic data for leaders at all ranks. The goal is to obtain precise and reliable information to be downloaded on work-maps, which in turn become the compass for all the forces participating in the operation.

Without exaggeration, it might be thought that the expected Turkish military operation in northern Syria would be an exceptional breach of the traditional military norms of starting a combat. The combat systems taught in military academies; however, do not provide much to understand the nature and mechanisms of carrying out this new kind of military action.

In an untraditional fashion, there will be no artillery shelling or rocket launching on the city or even some of its outskirts. What mightه be targeted are few specific military enemy frontline posts facing the National army and Turkish forces.

The artillery and rockets mission will therefore concentrate on areas beyond and outside the city. Targets will be stationed and mobile frontiers. This will create a prevention barrier before any outside support coming to SDF forces fortified inside the city. Such a mission seems to be highly difficult and complicated; yet very precise and sustainable.

On the other hand, Bayraktar drones are supposed to take on SDF’s fortification points and operations room inside the city. They will also pursue and destroy moving targets, in addition to being the accompanying fire power to the Turkish and National army factions during their attack on the enemy’s front line, and while carrying out planned missions inside SDF areas.

Moreover, tanks -with their precise and direct shelling- will guarantee the necessary fire support. This is a new unaccustomed combat pattern.

Certainly, the ground attack is supposed to start within no more than 3 hours after the pinned targets for the artillery and air-force are taken out. According to this approach, it is highly likely that field penetration in certain sectors will be quick; especially, at front lines. As such, Turkish and National army factions are expected to be in the heart of the city within very few hours.

Finally, according to the nature of the newly designed combat mechanisms, the Syrian National army military leaders are expected to develop their military skills and mind-set to be able, at the end of a day in the battle field, to write a report on accomplishing successfully a none-traditional mission.