The European position on the escalation in Idlib 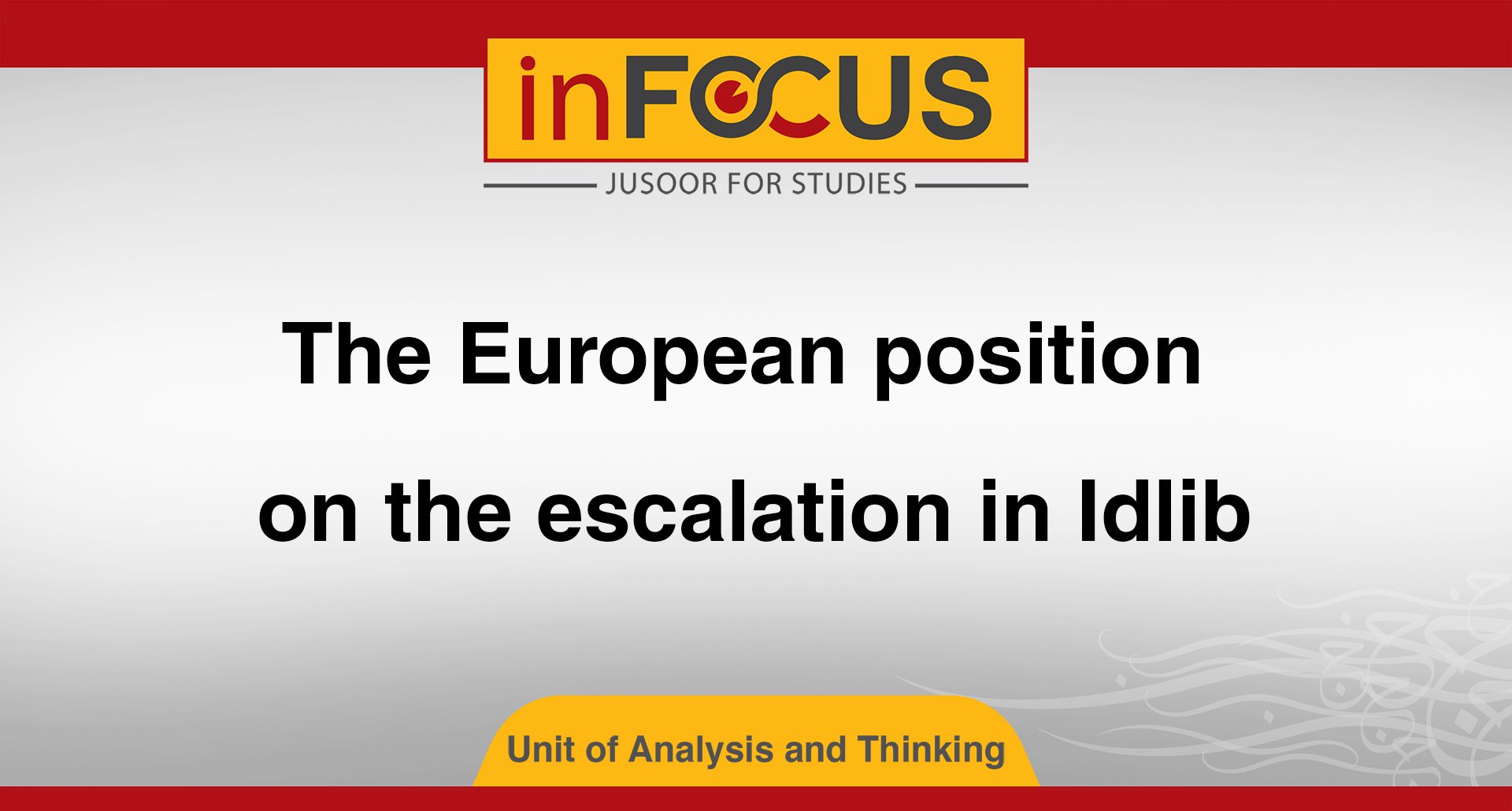 The European position on the escalation in Idlib

96
The European position on the escalation in Idlib
The developments in Idlib, northwestern Syria, is of interest to the European Union, mainly due to security considerations, given these issues:
• European concerns over new refugee flows in case the military operations continue, similar to the 2015 refugee flow to the EU.
• The EU fears that the Russian military endgame in Idlib will not provide a solution to the foreign fighters’ issue, especially those from European countries. Such a scenario may push those fighters to return again to their countries, and here the Turkish role in Idlib is underscored for the European countries.
• Fear of Russia strengthening influence at the southern border of NATO, which could pose an additional threat to the Old Continent after Ukraine and the Baltic states.
It is clear that the European position is not unified regarding this file particularly when it comes to the Turkish demands to confront the Idlib crisis as;
• Germany is showing flexibility by providing more financial support to Turkey to confront the refugee crisis, without addressing other measures to support the establishment of a safe zone within the Syrian territory or provide Turkey with air defense systems that can help it secure its borders with Syria.
• The Netherlands is showing a supportive position towards establishing a no-fly zone in Idlib, and preventing the Syrian regime's attacks on the latter by creating an international monitoring mechanism.
• France is showing a conditional support to Turkey politically, militarily and financially in Idlib in exchange that Ankara makes concessions in Libya, since Turkey is hindering Khalifa Haftar's forces and the supporting countries, including France, to take control of the capital, Tripoli.
• Britain is expressing solidarity with Turkey in Idlib by emphasizing joint action to confront the refugee crisis and the escalation of the Syrian regime and its allies.
Indeed, the conflict of visions between Turkey and France cannot be overlooked when it comes to the Syrian file, since Paris chose to ally with the Syrian Democratic Forces and support them militarily and financially in order to secure a foothold in a geographically rich spot in natural resources, and worked extensively to hinder the continuation of the Peace Fountain Operation late 2019, increasing the tension between Ankara and Paris.
It seems that Turkey is not only trying to get support from the EU countries regarding the Idlib crisis, but is also trying to redefine its relationship with Brussels after freezing negotiations on Ankara's accession to the EU, the lack of progress in exempting Turkish citizens from entry visas and amending the customs system. Turkey also wants more response from the NATO bloc to the Turkish security interests.