The Demographic Change in Syria 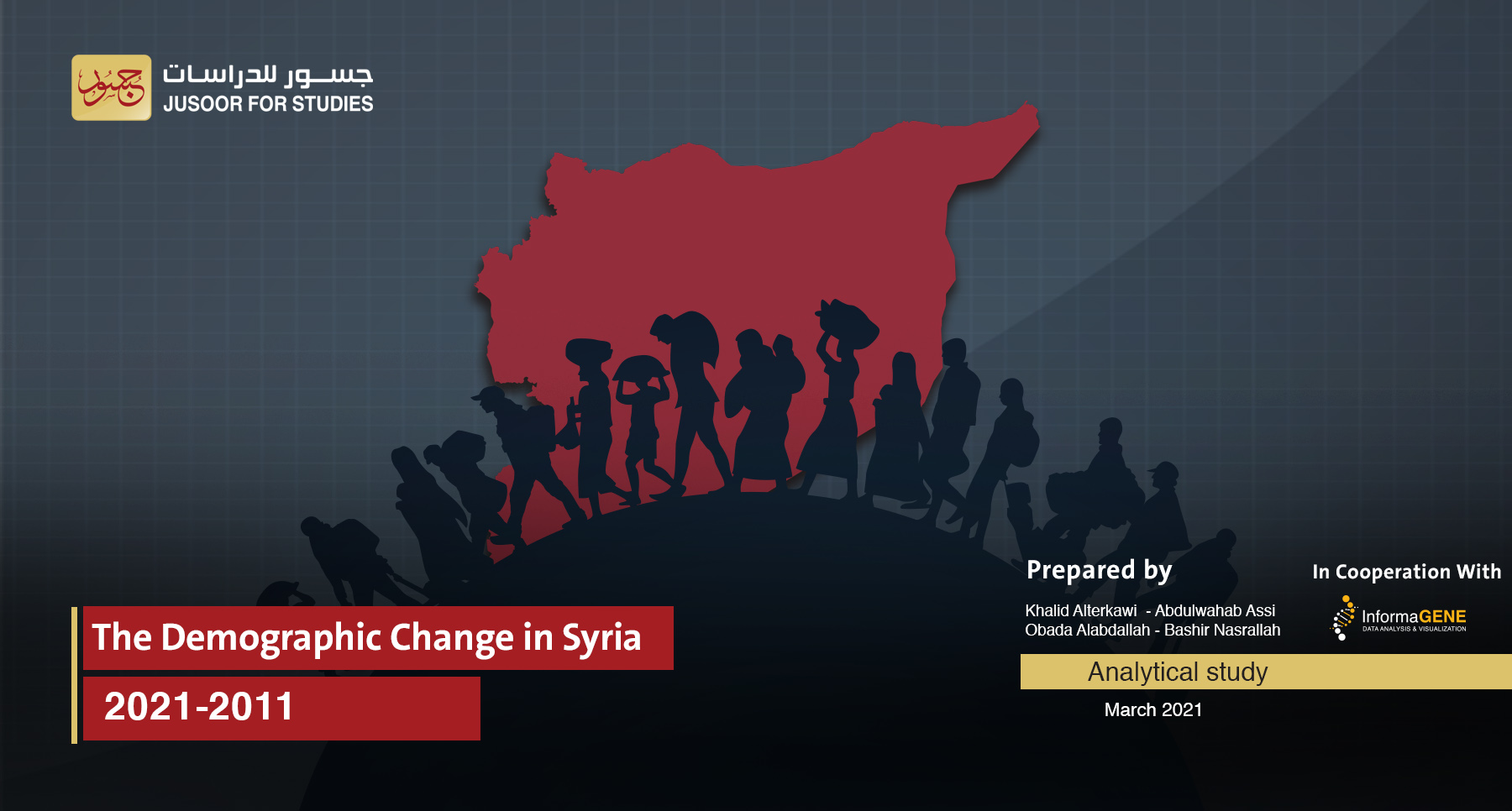 The Demographic Change in Syria

In mid-2011, the number of the population in Syria was officially estimated at more than 21 million . It closely approximated the figures issued by the United Nations at the time, with a growth rate of 1.7% .

In 2021, the number of the population in Syria was considerably changed as a result of the conflict that broke out in 2011, after the Syrian regime used excessive force against the peaceful protests and while the conflicting parties were struggling to seize control over areas, as displacements took place and agreements were held that led to the departure of large numbers of the population, and the economic and living conditions forced a large number of people to leave Syria.

Thus, the total number of Syrians has become a little more than 26 million people distributed across different regions and groups, of whom about 16 million are inside the country, and nearly 9 million outside, in addition to more than a million dead or missing people. 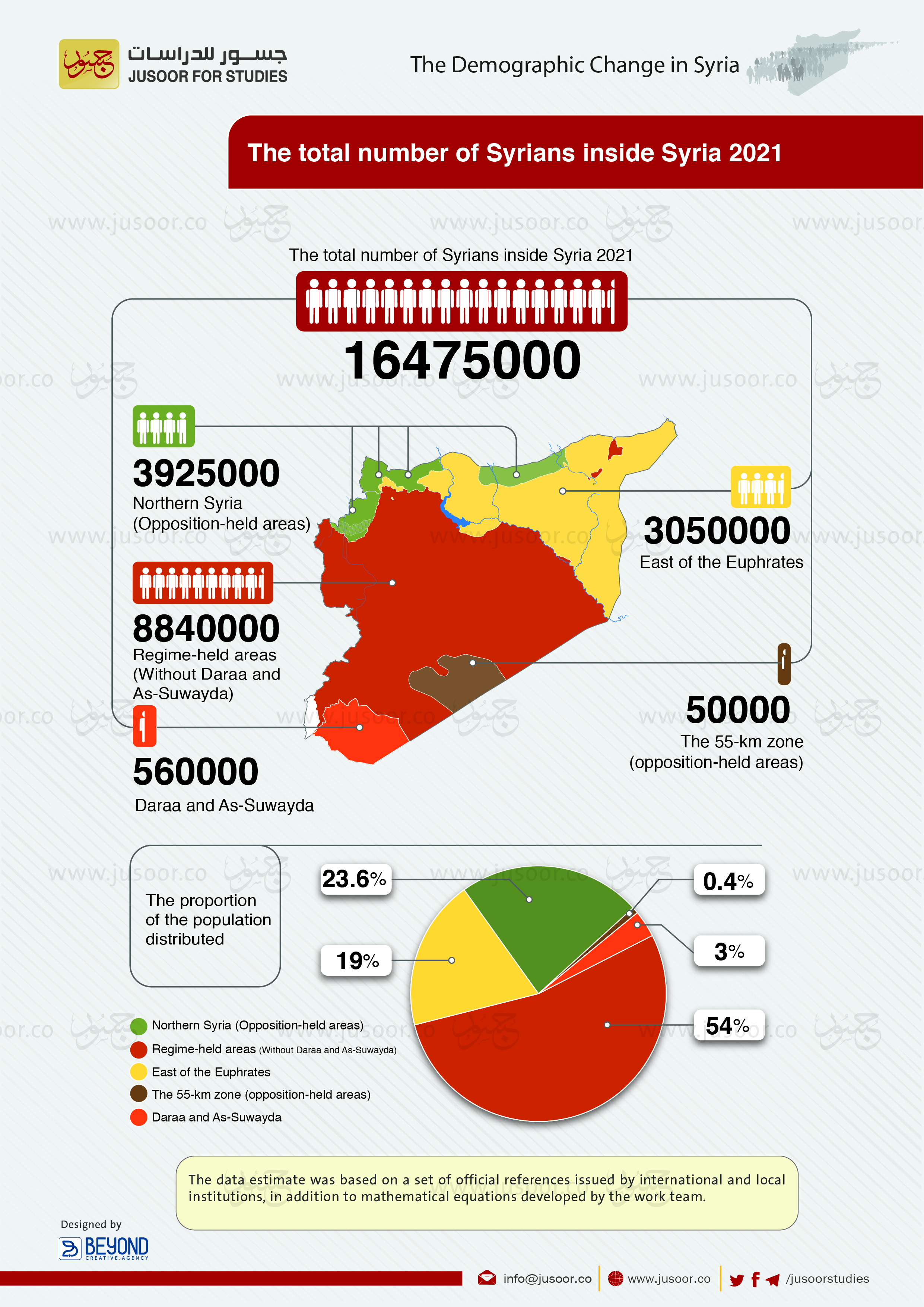 The figures of the displaced and people living outside Syria in the post-2011 period were prepared based on data from the United Nations and other international organizations, official data from the countries in which the Syrians reside, and at least one local source in each country, in addition to weights, using expert opinions.

These numbers have been subjected to multiple calculations and intensive study and discussions by experts and specialists in the field of demography and statistical methods. In general, we can say:
• The data of the displaced and those who live outside Syria in the post-2011 period were based on three main sources: the data of the United Nations and international organizations , Official data from the countries in which the Syrians live, and at least one local source in each country. Taking into consideration the weighting of the final number depending on the opinions of experts to give weight to an arithmetic average for the various data received.
• Population data in the different areas of control, the estimate was based on a set of official references issued by accredited bodies, and data on displacement issued by international and local institutions , in addition to mathematical equations that dealt with the numbers received from each administrative unit or region, taking into account the "push and pull" factors in those areas and their developments.
• The numbers of dead, missing persons, and detainees were also estimated based on a wide number of sources , and the experts' weightings about these numbers. 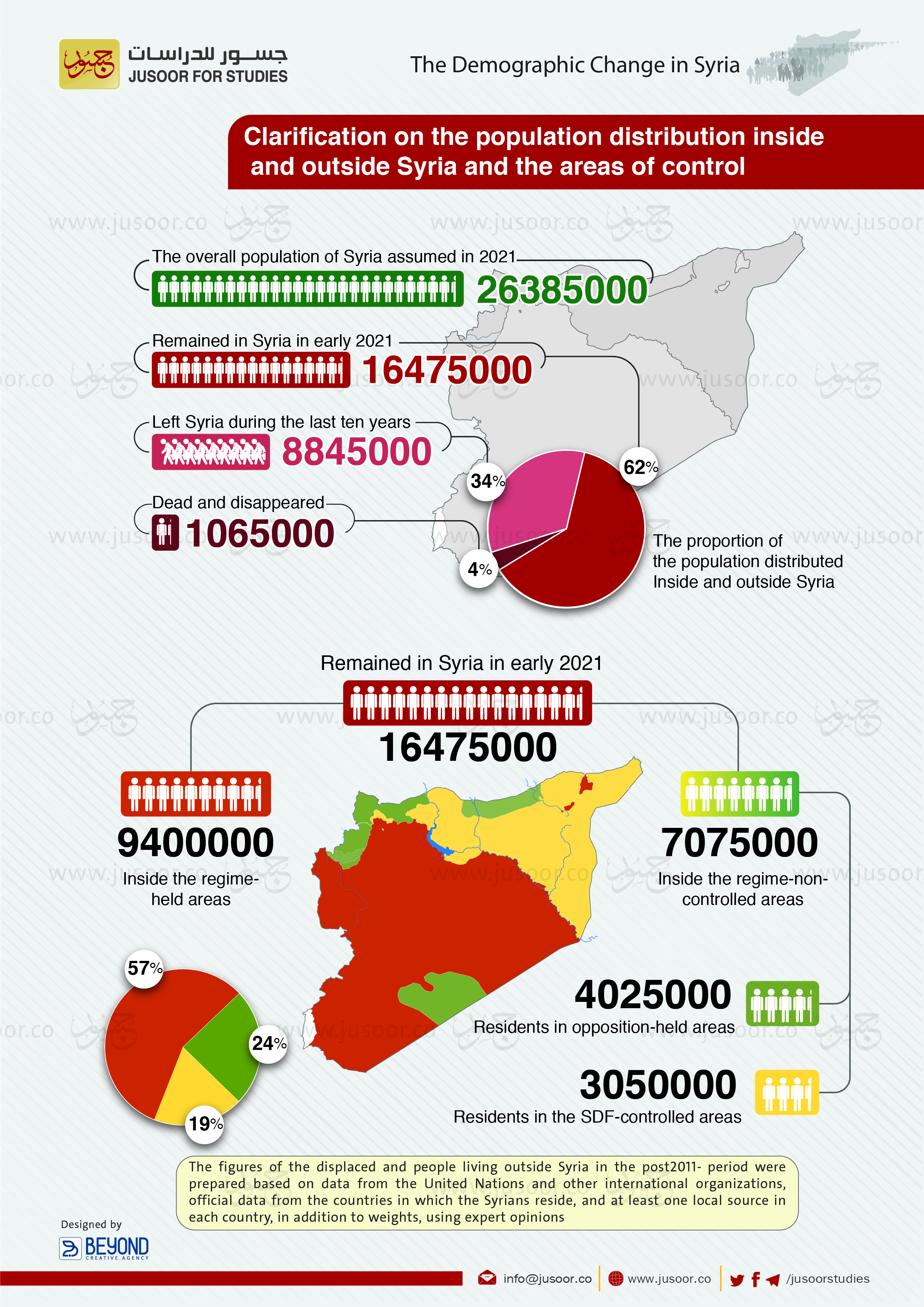 The data estimate was based on a set of official references issued by international and local institutions, in addition to mathematical equations developed by the work team.
However, the statistical figures of the population census do not accurately reflect Syria’s overlap in reality, as it does not take into account the implications of conflict, disasters and epidemics on the growth rate, and it has not been implemented through clear mechanisms for field census teams.
To read the full report, you can download the PDF version (click here)