The Corona Epidemic.. Syrian Regime’s Response with a Collapsed Economy 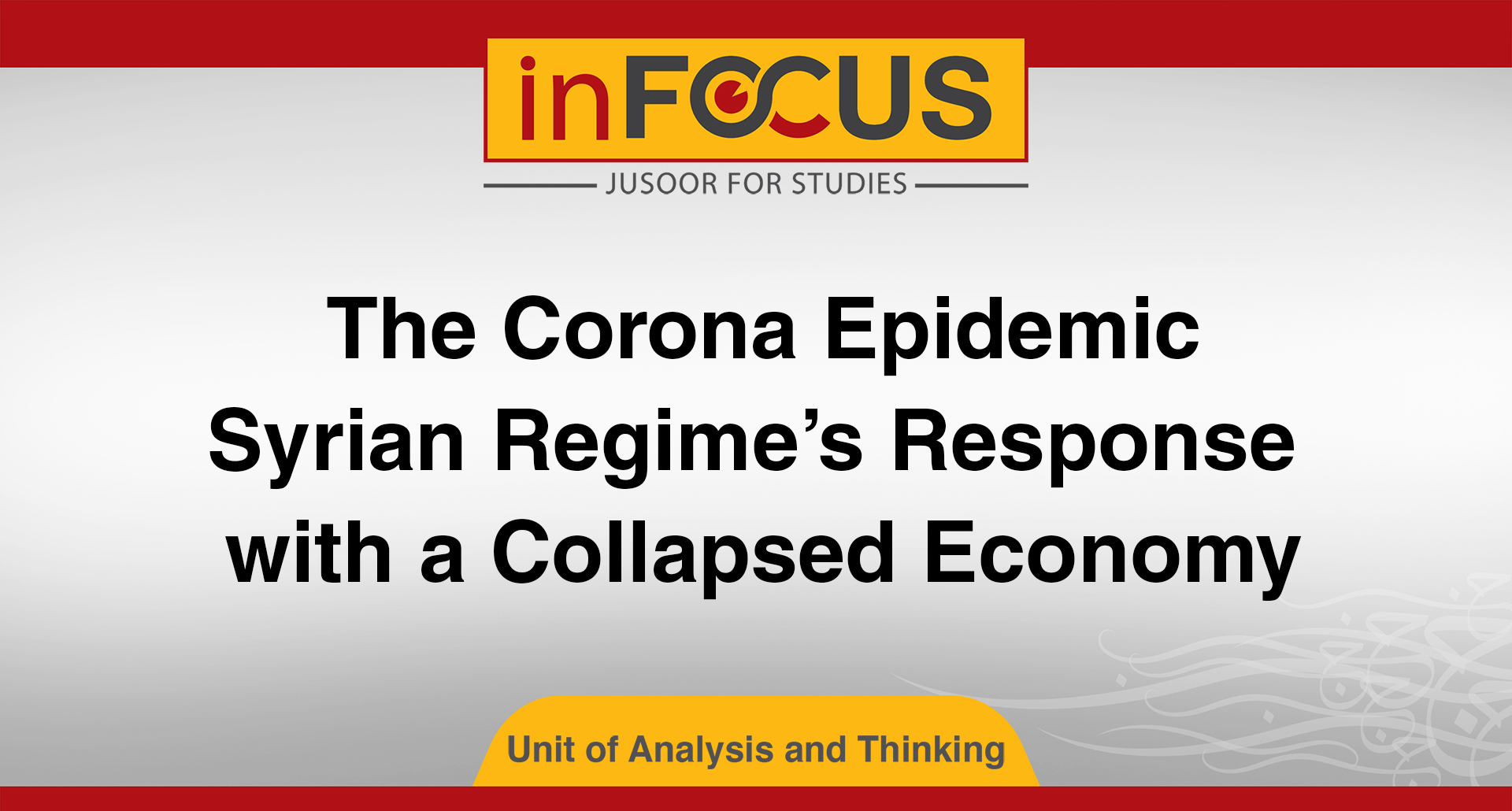 The Corona Epidemic.. Syrian Regime’s Response with a Collapsed Economy

In focus| The Corona Epidemic: Syrian Regime’s Response with a Collapsed Economy

In mid-March 2020, the Syrian regime initiated a gradual response to combat the Corona virus pandemic. The prevention and protection measures have gradually reached the point where almost all state institutions and sectors of life are shut down.
Regardless of the lack of transparency in official figures concerning the spread of the Corona virus in Syria, the regime has limited capacity to fight the pandemic, especially in terms of upholding prevention and protection measures. The regime’s limited capabilities may push the already collapsed economy to further deteriorate and structurally disintegrate.
Semi-official reports estimate that the regime’s inability to respond to the Corona virus will result in the Syrian economy falling into a cycle of severe deflation leading to political, economic and social confusion with uncontrollable effects.
In reality, however, the Syrian regime economy passed the stage of deflation years ago and has entered a cycle of collapse and disintegration. This stage may result in its inability to control the economy unless it receives an urgent or temporary international response to combat the pandemic commensurate with the size of the expected disaster.
The Syrian regime’s fears may be reinforced with the Caesar Law coming into force in mid-2020, which, along with US-European economic sanctions, will pose an additional cause for the economic deterioration.
The Syrian regime’s policy to combat the pandemic is characterized by its security rather than humanitarian approach. The approach contributes to preventing the complete collapse of the economy, especially after the regime failed to manage the political process as well as the military option in the northwest of the country in its favor.
The Syrian regime relies on ending the economic sanctions imposed on it under the pretext of fighting the pandemic, but there is no guarantee that the United States and the European Union will respond in this manner due to the Corona virus and their current focus on internal politics. In addition, medical and humanitarian assistance is not included within the sanctions.
Even in the event that the level of humanitarian support provided by the World Health Organization to the health sector in the Syrian regime-controlled areas increases, the expected size of the disaster size may exceed any response and funding provided. Other than the fact that this support does not intersect with the issues the Syrian regime is focused on.
Consequently, the Syrian regime believes, wrongly, that it can manage the pandemic file in such a way as to protect the economy from an uncontrollable collapse in a manner similar to how it has dealt several issues during previous years, starting with fighting terrorism and managing humanitarian aid, among others.