The Attrition Saga.. A Reading to ISIS’s Latest Video 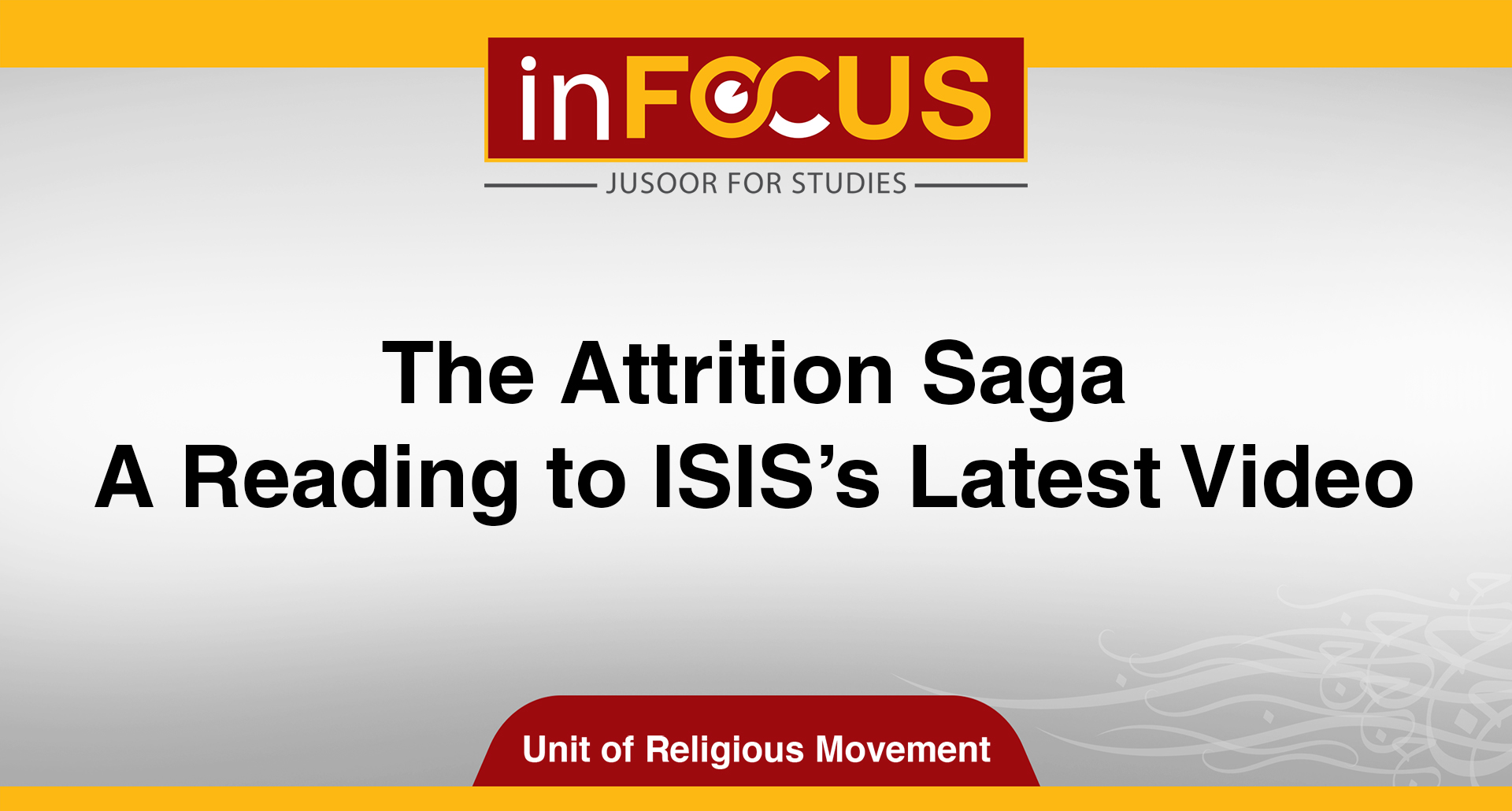 The Attrition Saga.. A Reading to ISIS’s Latest Video

The Attrition Saga: A Reading to ISIS’s Latest Video

On March 31, 2020, the ISIS media office in “Wilayat al-Sham- Homs” released a video entitled, “The Attrition Saga,” showing ISIS several operations that had been carried out in recent months. Based on the announcement, it is possible to analyze several strategies that the organization is following in its dealings with the Syrian regime forces and their collaborators in the countryside of eastern Homs.
ISIS’s repeated messages and strategies involve techniques of guerrilla warfare, although the video lacks the touches ISIS included in its previous releases following the organization’s expansion such as using multiple cameras and shots filmed from different angles.
ISIS’s operations, publicized in the video, confirm the organization’s ability conduct ambush operations with a small number of fighters along the roads in the Syrian Badiya, east of Homs. The ISIS fighters depend on different methods such as disguising themselves in regime force gear and luring regime forces to stand in front of fake check points, or by hiding inside abandoned villages on the sides of the Homs-Deir ez-Zor road to cut the regime forces’ supply routes.
In the video, ISIS confirms its blood thirstiness by insisting on using its infamous methods of intimidation such as executing fighters in a variety of ways. Regime collaborators and regime soldiers are directly slaughtered or shot while other fighters are eliminated by using machine guns or detonating mines around the person depending on the person’s specialization and rank in the regime forces.
Through the violence, ISIS aims at warning against anyone collaborating with the regime forces against it and exploits people’s fear of ISIS to create a gap among recruits and use it to collect security information. The video also shows the presence of a small percentage of foreign fighters as well as confirming that ISIS is reliant on using secondary roads in its movements in the Badiya area. In addition, the video confirms that ISIS fighters have a variety of medium weapons and several concourse anti-armor missile platforms.
ISIS is expected to return in the coming period to intensify its attacks on the oil fields extending between Deir ez-Zor and the city of Sukhna, such as the hill oil field as well as attacking the third station adjacent to it, as part of its efforts to drain the regime forces in the area between Homs and Deir ez-Zor Province.