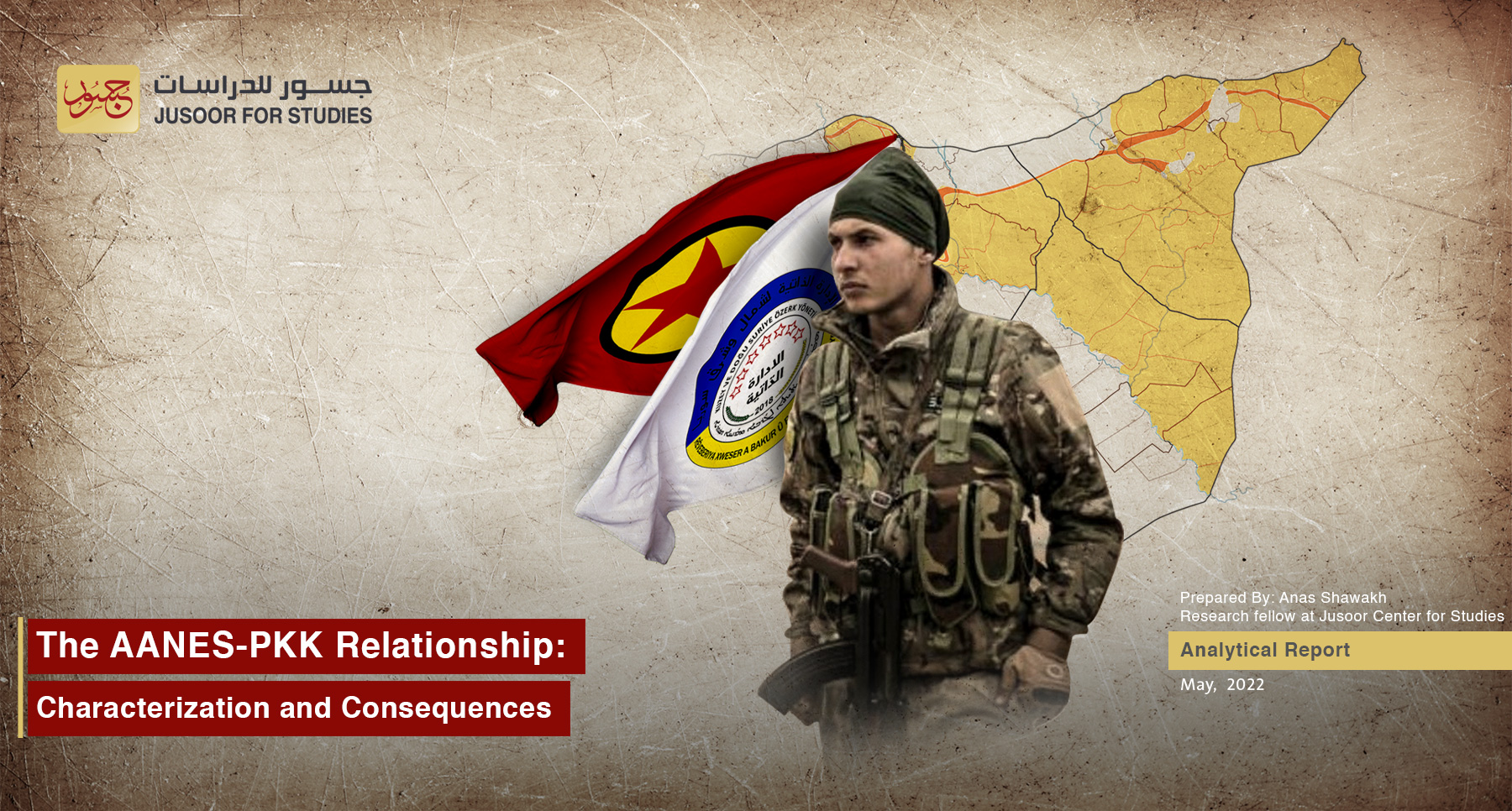 Since its inception in Syria at the end of 2013, the biggest challenge that faced the Autonomous Administration of North and East Syria (AANES) was to disassociate itself from the Kurdistan Workers Party (PKK).

Due to the fact that such assumed connection might have current and future dimensions on the project of the Autonomous Administration at the level of survival or participation in the Syrian political process, it is necessary to investigate and evaluate properly such a relationship.

This report goes in-depth into the relationship between the two sides, AANES and PKK in terms of format, developments, and the degree of impact on the present and the future of the Autonomous Administration’s project. It concludes by suggesting a number of possible scenarios for the future of this relationship.

This report helps experts, decision-makers and those are interested to weigh the size and nature of the relationship between the PKK and the AANES in Syria.

Furthermore, the importance of the relationship between the two sides and the chances of its developments and interactions helps in evaluating the impact of this relationship locally and internationally.