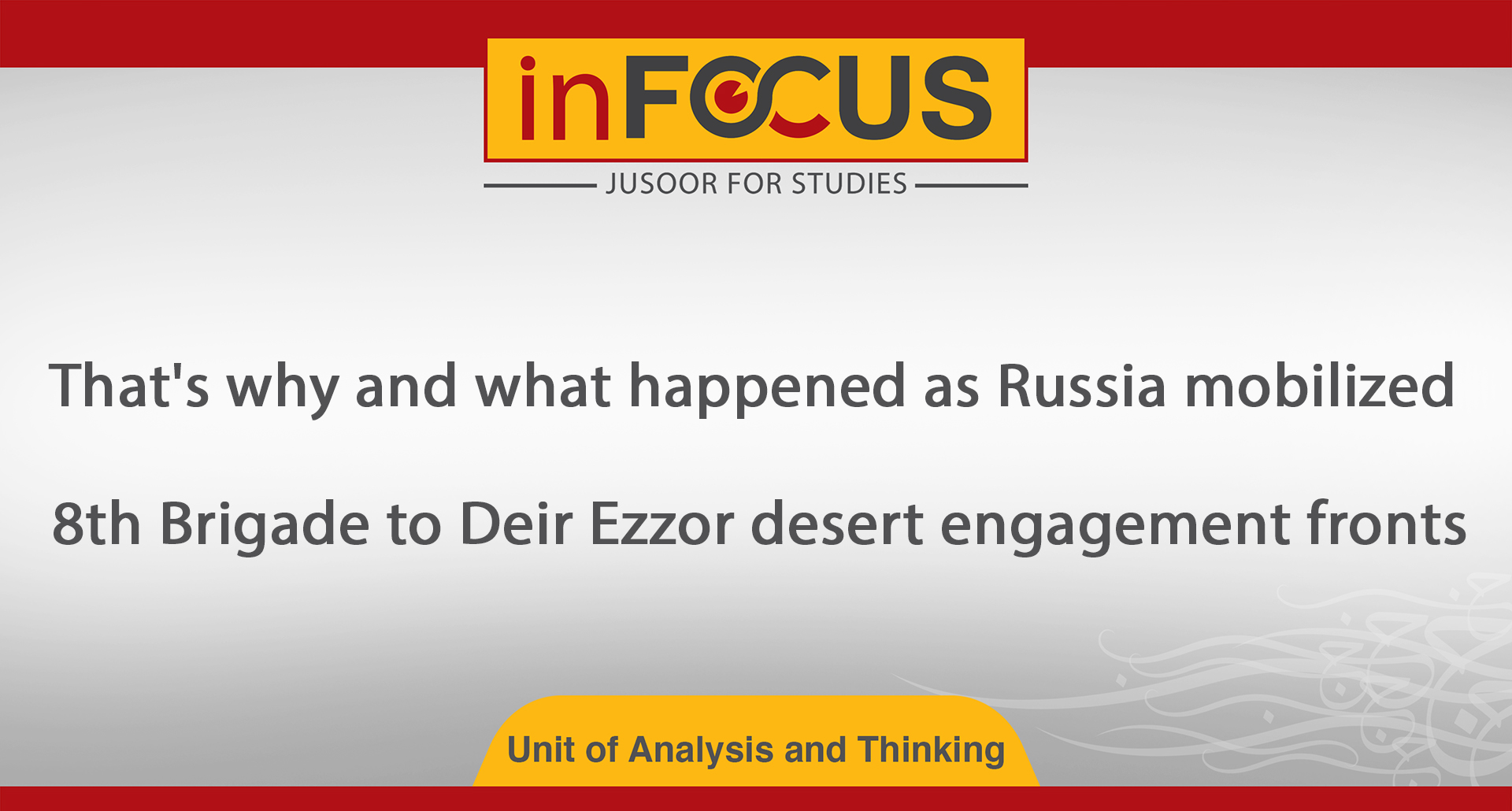 On April 23, 2021, a military convoy of the Russian-affiliated 8th Brigade of the Fifth Corps headed from the eastern countryside of Daraa to the Syrian Badia (desert) fronts, following a request from Russia to Ahmed Al-Awda to participate in the military campaign against ISIS.

The 8th Brigade has sent more than 300 personnel, which is the first time that it has participated in such big number of fighters, equivalent to a fifth of the strength of the brigade, which is about 1500 soldiers. Note that in most of the operations in which the Eighth Brigade participated, whether against ISIS in As-Suwayda or against opposition factions in Lattakia, the number of dispatched personnel did not exceed 1500 ones.

The participation of the Eighth Brigade in the military operation launched by Russia against ISIS to comb the Syrian Badia reflects the weakness of the human component of the Syrian regime forces, the lack of experience among its combat cadres, and the weak participation of Iranian militias, which are busy securing supply lines, crossings and oil installations.

It does not seem that Russia's mobilization of the Eighth Brigade on the Deir ez-Zor fronts, on its part, aims to empty Daraa from fighters and factions in order to allow the Syrian regime to penetrate the area that it was unable to reach easily.

If Russia really intended to deport the opposition fighters who had signed settlement agreements from Daraa, it would have been ended the protection that it had gifted for them, as it did with the Fifth Corps in the western countryside of Daraa between 2018 and 2019.

However, the presumed absence of the Russian interest in emptying Daraa from the settlement fighters does not mean that Iran is not seeking to make advantage of the current situation, especially since the departure of the 8th Brigade fighters was immediately followed by the arrival of the reinforcements of the Radwan Unit and Unit 910 militiamen as well as the elite units of the Lebanese Hezbollah militia, to Daraa, These reinforcements were stationed near Karak and Saida in the countryside of Daraa.

Russia might also mobilize fighters from the northern countryside of Homs and Damascus in order to take part in the military operation against ISIS in the Badia, given the failure of all its previous efforts since July 2020 to end the presence of the organization in the region, which has become a threat to the military and economic facilities of the Syrian regime and Russia in Homs, Deir Ezzor and Raqqa.

However, the participation of the Eighth Brigade and others does not mean Russia is able to make a military victory over ISIS in the Badia region, but it is an indication of the continued freezing of combat operations in the de-escalation zone in northwestern Syria.