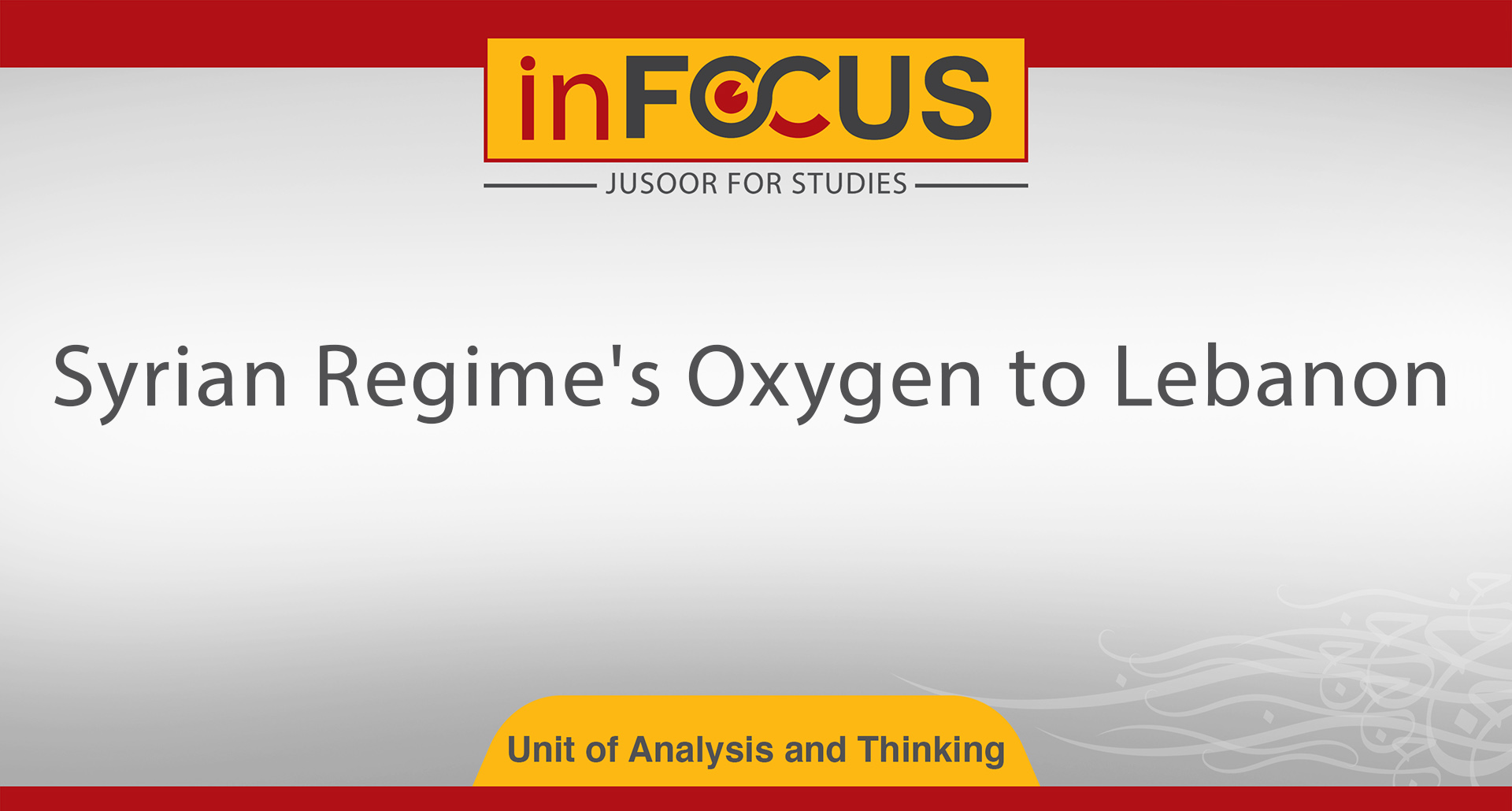 The Syrian regime's head, "Bashar al-Assad had directed the Ministry of Health on the 24th of this month to secure 75 tons of oxygen to Lebanon over a period of three days, at a rate of 25 tons every day," Syrian regime's news agency SANA reported. This coincided with the visit paid by Lebanese caretaker pro-Hezbollah Health Minister Hamad Hassan to Damascus, who praised this gift, and considered it as a rescue operation for Lebanon, which is only one day after Lebanon had lost all the oxygen supplies.

Such reports have sparked considerable debate in the Syrian and Lebanese public opinion, so it must be taken into account and consider such a movement according to the following points:

1)  Lebanon's daily need of oxygen is 80 tons, and the quantity that has been announced is less than its daily needs, meaning that it meets less than a third of Lebanon's daily need for a period of three days, meaning that the gift is a mere formality and aims to polish the image of the Syrian regime in Lebanon, and to justify the repeated visits of ministers from the Lebanese caretaker government to Damascus, with the aim of developing the relationship with Lebanon and keep breathing via the working in the Lebanese arena, politically and economically.

2) Lebanon owns two plants for the production of oxygen and imports additional quantities from other countries, and it expects that the quantities it possesses are sufficient and it does not have any crisis to which the regime of the war-torn country can respond. It seems that the minister, or rather the party to which the minister belongs wants to promote the Al-Assad’s human image, and to indicate that Hezbollah's allies are the ones who give a help hand in solving Lebanon’s problems, especially after the party has come under pressure to accept an economic reform process with international institutions that do not work in its favor.

3) Syria owns oxygen plants that are still under construction until the moment, most notably the Nabek plant for the oxygen industry and the Lebanese (SOL) plant, which has a branch in Syria, which supplies Lebanon's hospitals daily with a relatively large share of its laboratories in Syria and Lebanon, in addition to other laboratories such as the Mouwasat Hospital laboratory, which has been completed and opened in 2017. It is expected that the Syrian Company for Iron Products diverted most of its oxygen production (for welding operations) for medical purposes, and thus providing the mentioned amount will not be difficult.

4)  Earlier, the Syrian regime had offered Lebanon to provide electricity, which it could not supply sufficiently for the Syrians, and is now providing oxygen. In such steps this regime is trying to keep its own breathing lung working through Lebanon from which it gets almost everything, including foreign exchange.