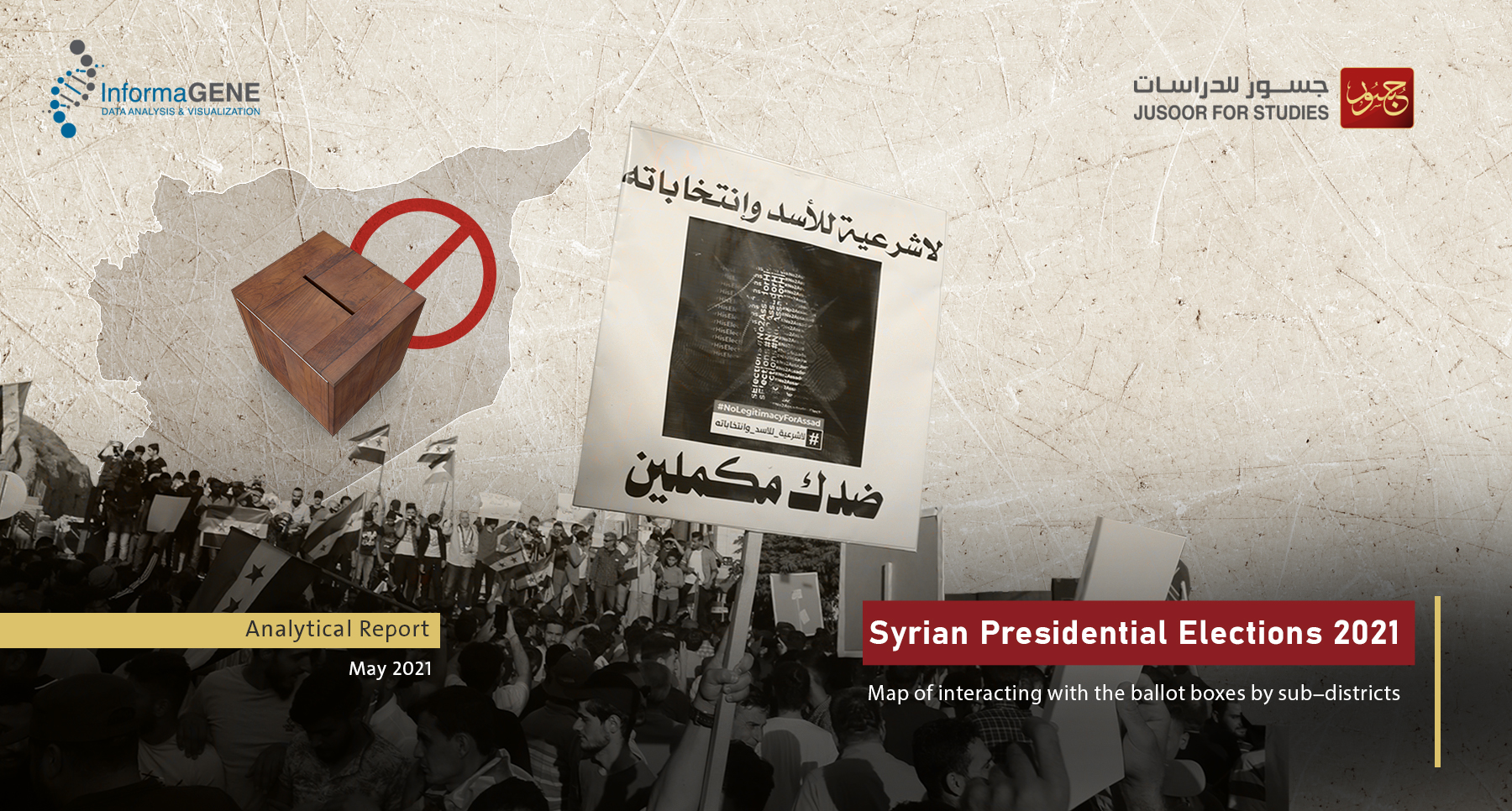 On May 26, 2021, the presidential election was held in Syria for the second time after the adoption of the 2012 constitution.

The Syrian regime made all possible efforts to present the polling show as an occasion to demonstrate its control over the country, and reflect its ability to mobilize the public to interact with its propaganda programs.

This report, issued by Jusoor Center for Studies in cooperation with the "Informagene platform for data collection and analysis", monitors interactions to the presidential elections in Syria, according to the official division of administrative units on the basis of the 270 districts.

Interactions mean the probability of participating in the polling or not in the areas that have boxes receiving ballots, or to boycott in areas have ballot boxes and other have no boxes at all.

According to the map reflected in the report, the number of eligible voters over the age of 18 in the regime-controlled areas is about 6 million, in the districts that were engaged in the elections, and about 1,150,000 in the districts that boycotted. These numbers express the upper limits of participation or non-participation among those entitled to vote, as the demographic study prepared by the Informagene platform showed that those who have entered 18 years are about 66% of the total population.

On March 25, 2021, Jusoor Center for Studies, in cooperation with the Informagene platform for data collection and analysis, issued a study on demographic change, which clarifies the population distribution inside and outside Syria and, in the areas, controlled by either the Syrian regime, the Syrian opposition or the Syrian Democratic Forces. There are about 16.5 million people inside Syria, of whom about 9.4 million living in the Syrian regime-held areas, and 7.075 million are in regions outside the regime's control. 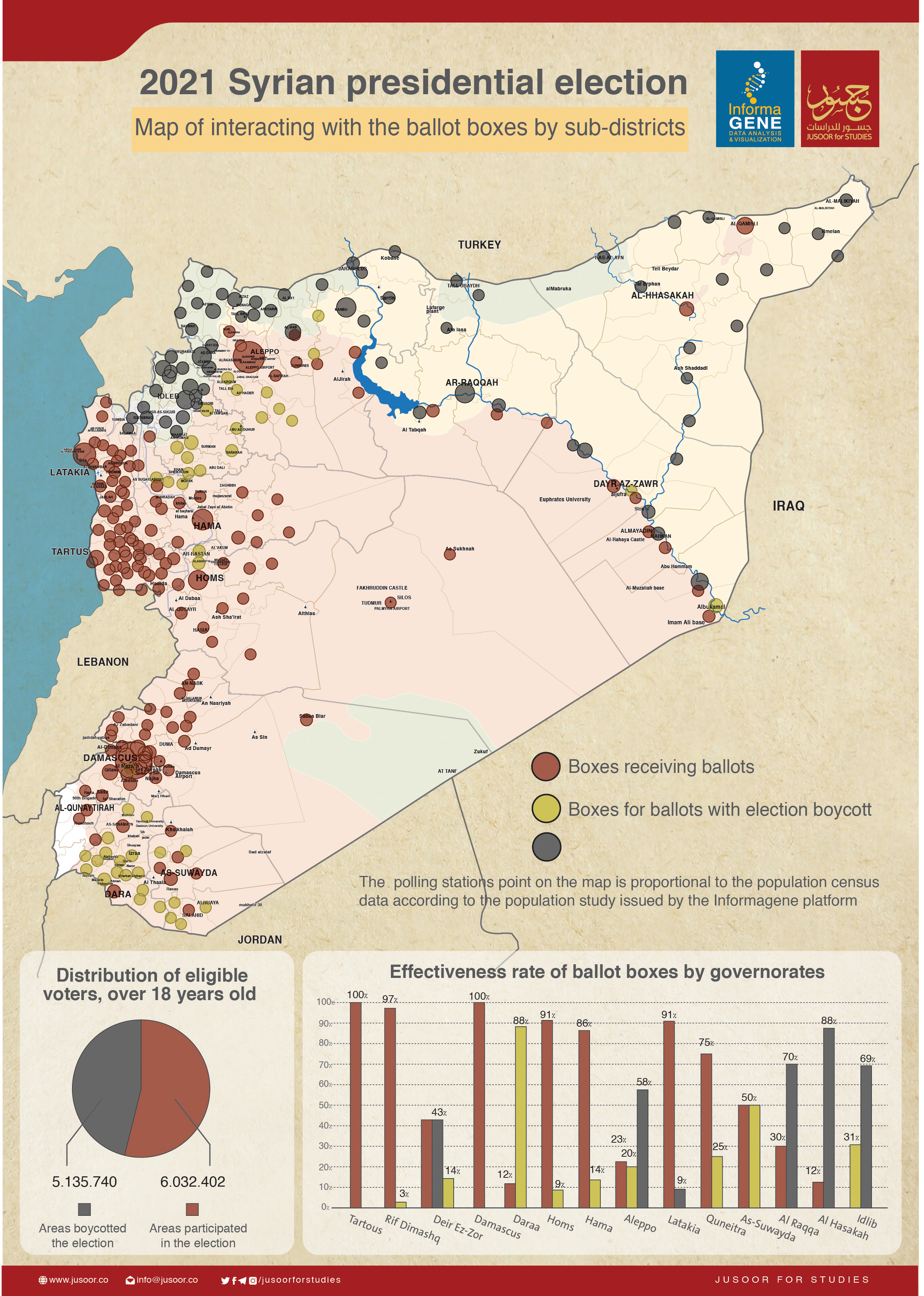