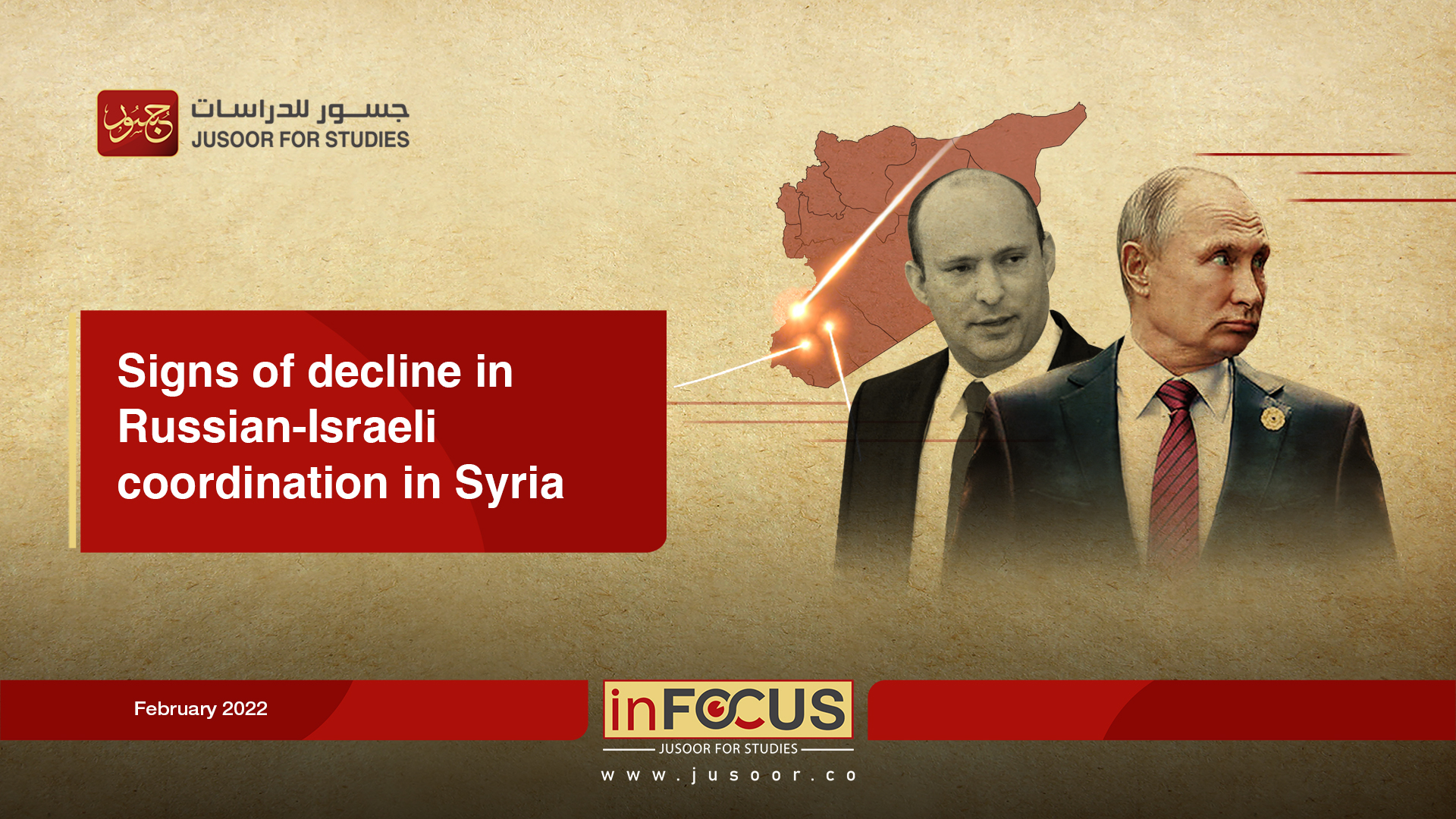 This February, Israel has carried out 4 military strikes in Syria against sites belonging to Iran, Hezbollah and the regime, which is a relatively high rate compared to what Israel has been carrying out monthly since 2013.

In fact, the targeted sites are Iran's weapons depots, missile warheads, and air defense systems, which it often intended to transfer to Lebanon. Iran usually uses central and northern Syria to store strategic weapons in addition to advanced monitoring points for Hezbollah.

Tel Aviv's escalation, however, comes as a response to Iran's continued ability to secure supply lines and transport weapons and manufacturing logistical supplies to Syria and Lebanon, as part of its efforts to turn them into advanced bases of operations against Israel. For example, a shipment of weapons belonging to the Iranian Revolutionary Guards Corps (IRGC) arrived in southern Damascus in late January, and the Fatemiyoun Brigade was provided in February with more field guns and tanks.

By the way, this is the first time that Israel has relied heavily to bombard targets on launching "ground-to-surface" missiles from the occupied Golan Heights, in addition to using Lebanon's airspace to carry out air strikes inside Syria.

This may indicate a decline in coordination between Russia and Israel in Syria, especially since the Israeli air force was subjected to interference with the Global Positioning System (GPS) when it carried out raids on Damascus on February 9, according to Israeli Public Broadcasting Corporation.

It seems that Israel is afraid of the decline in its ability to destroy targets with warplanes from Syrian airspace; Especially after the Russian Buk-M2 air defense systems became operational in July 2021.

A significant incident marked the decline in coordination between Moscow and Tel Aviv. It is when the Russian Defense Ministry announced on January 21, 2022, that a joint air patrol mission to be conducted along the Golan Heights with the Syrian regime’s aviation.

The mission involved Russia’s Su-34 and Su-35 aircraft and the A-50 early warning and control aircraft, as well as Syria’s MiG-23 and MiG-29 planes.

In the event that air patrols are conducted regularly - as Russia said - this will affect Israel's ability to use Syrian airspace to bomb Iranian, Hezbollah and regime sites.

In fact, the decline in coordination between Moscow and Tel Aviv in Syria may be related to several issues, most notably the conflict in Ukraine, In addition, Israel’s policy in Azerbaijan, Ukraine and the Baltic states does not seem acceptable to Russia, and may even raise Russian concerns. Overall, such policies might contradict Russia's security interests, after it provided or intends to provide support to these countries in the field of cybersecurity and the military field, which includes air defense systems, anti-armor missiles and Drones.