Searching for Spaces for Effectiveness.. What is Behind the Recent Resignations in Idlib 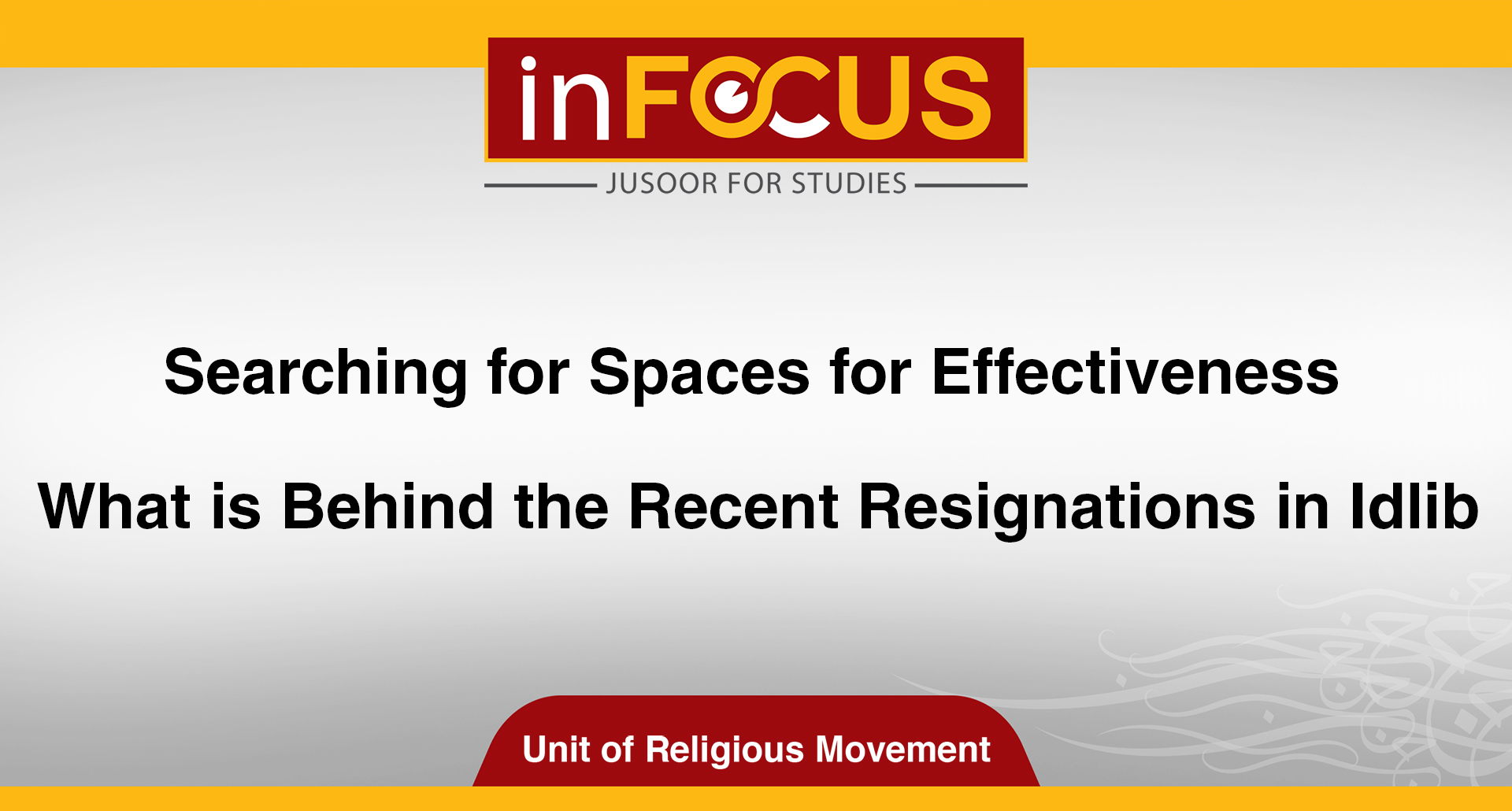 Searching for Spaces for Effectiveness.. What is Behind the Recent Resignations in Idlib

89
In focus| Searching for Spaces for Effectiveness: What is Behind the Recent Resignations in Idlib
On April 7, Jamal Zainiyah, known as Abu Malik al-Telli, a member of the follow-up committee in Hayat Tahrir al-Sham and a member of its Shura Council, announced his departure from the Hayat in a statement published on his Telegram channel. A few hours prior to al-Telli’s announcement, Bassam Sahyouni, the head of the General Shura Council in Idlib, announced his resignation from the position without referring to the reasons behind his resignation.
Bassam Sahyouni is one of the most prominent founders of the constituent body formed during the Syrian General Conference in 2017, and which later announced the founding of the ‘Salvation Government’ associated with the Hayat Tahrir al-Sham. He was later entrusted to chair the General Shura Council following its establishment in early 2019, on the basis that he is the official legislative authority of the Salvation Government.
Abu Malik al-Telli was the leader of Jabhat al-Nusra in the eastern and western Qalamoun region, and associated with several files that made him a prominent leader and key figure within the Hayat. His departure from the Hayat at this time raises questions about the reasons for his decision and its implications.
Information from within the Hayat ranks and the General Shura Council confirms that both Abu Malik al-Telli and Bassam Sahyouni experienced widespread marginalization due to their respective positions. Sahyouni was not allowed to make decisions and dictate the policies of the Salvation Government independent from the will of the Hayat. Especially as the Hayat had formed a group within the Council to vote in its favor on decisions and legislation.
Despite being a leader in the Hayat, al-Telli was also marginalized and distanced from sensitive files due to the pressure from other blocs close to al-Golani which worked to deliberately remove him from those files and assign him marginal files to manage. The files al-Telli was responsible for were not commensurate with his capabilities and the strength of his supporters within the Hayat in parallel with al-Telli’s constant refusal to support the other blocs’ policies.
The Hayat is expected to face future secessions for several reasons, most notably:
- The dissonance between the Hayat’s reality and its founding ideological propaganda built on unifying the field and supporting Jihadi efforts. This is especially after its transformation towards strengthening its influence and accumulating funds to ensure its continuity.
- Several hardline groups among the second and lower ranks of the Hayat leadership, especially those not from the Idlib region, feel that the Hayat has become a functional organization that implements specific policies in favor of international parties. They also claim that they are marginalized within the Hayat in favor of other leaders and groups.
The Hayat will work to avoid the effects of these resignations by appeasing Abu Malik al-Telli by giving him more space for participation and activities that satisfy his ambition as well as ensure that the groups that support him do not split from the Hayat. In addition, the Hayat will choose a better known social figure to replace Bassem Sahyouni as the head of the General Shura Council to preserve its cohesion and maintain its appearance as the effective legislative institution in Idlib. These actions will occur in tandem with its intensification of its media propaganda concerning its components’ cohesion to emphasize its unity and the absence of any exclusionary alliances, based on region, economics or security, within it.
Unit of Religious Movement - Jusoor for Studies
To visit the English Telegram channel: Click here