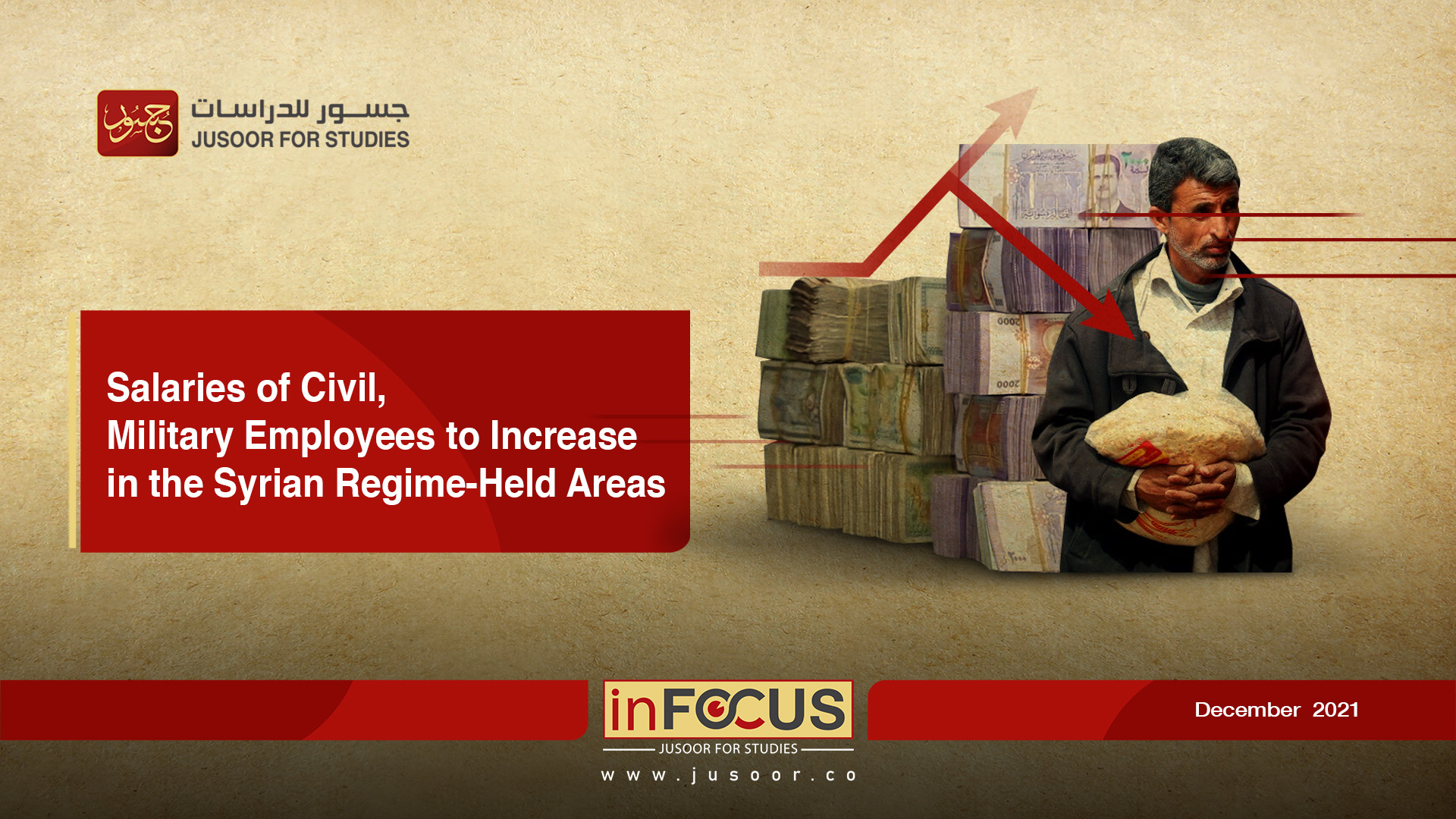 In the middle of December, 2021, the head of the Syrian regime issued legislative decree No 29 for 2021 to increase the salaries of workers in civil and military government institutions by 30% and the retirees’ pensions by 25%, bringing the wages of workers in the public sector for the first time above 100,000 Syrian pounds (equivalent to $28).
Accordingly, the increase comes as a natural reflection of the increase that had been approved in the government's general budget, as current spending was increased by a large percentage in 2022.
However, the government payroll in its current form cannot meet minimum individual's living requirements, which is set at about $1.9 a day, or close to $60 a month. In fact, the normal Syrian family, consisting of an average of five members, often depends on one government salary.
Overall, the private sector and handicrafts provide a better source of income for the family, but job opportunities are less in this sector due to the decline in production as a result of poor services and the weakness in the labour market of Syria.  Consequently, the largest number of Syrians depend on foreign remittances and humanitarian aid to meet their needs.
Given the rates of increase in government spending and expectations of a deterioration in the local currency exchange rate, the purchasing power of the recent increase in salaries will be less than others as a result of the rise in the prices of most goods and services, especially in light of the measures to lift subsidies that have been taken and the additional measures that are being talked about.
Moreover, the Syrian regime instrumentalizes salary increases as a strategic tool to keep government institutions under its own control, as these institutions are the backbone of the regime’s ability to bring more resources to serve the war machine and keep in power, in addition to its ability to carry out some vital tasks in the field of providing services and infrastructure.
Indeed, the number of employees of government institutions is huge, as their number exceeds one million and two hundred thousand people, which covers a large segment of those living in regime-controlled areas, as the regime, consequently, uses government employment as a tool to improve its popular base. Although salaries are low, they are a guaranteed stable source of income, and employees can maximize their own income either through briberies or corrupt practices, or at best through taking a second job.
The regime capitalizes on the increase that is occasionally announced, despite not keeping pace with inflation and price increases, to make the large segment of the public sector beneficiaries feel that the regime cares about the interests of this category; and that it is trying to repair the damage caused by the economic crisis.
The actual effect; however, will not ultimately, go beyond the fake bubbles via media outlets that came in parallel with the wage hike decisions, because its actual impact on the beneficiaries is limited; and it will not allow the employees to even approach the poverty line.