Possible Political and Economic Repercussions of the Corona Pandemic 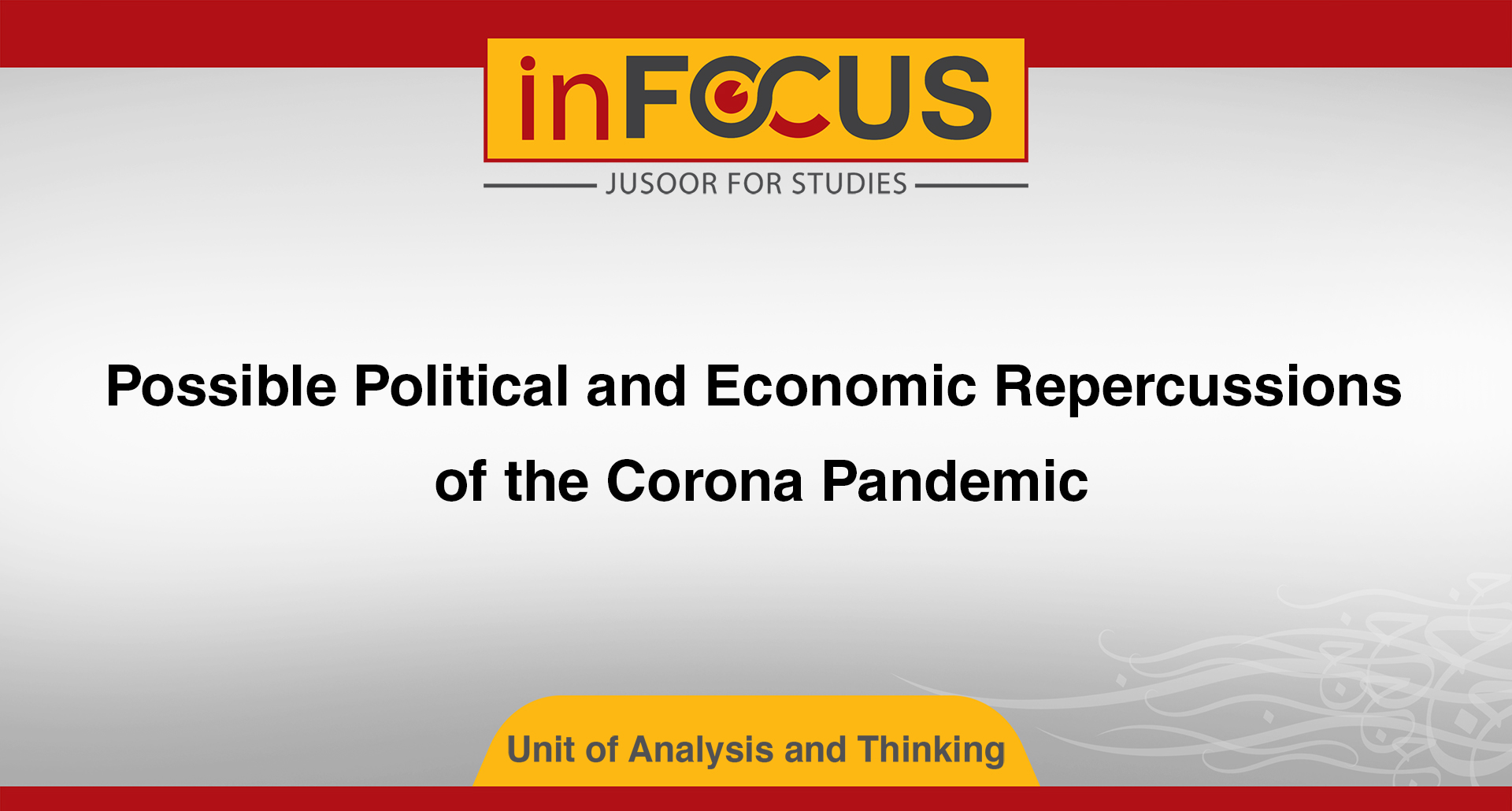 Possible Political and Economic Repercussions of the Corona Pandemic

91
In focus| Possible Political and Economic Repercussions of the Corona Pandemic
Current international efforts are focused on understanding the Corona virus to implement the most appropriate preventive measures, find an effective treatment to limit the spread of the epidemic or develop a vaccine, but the major political and economic impacts of the virus have not emerged yet.
1. Politically: The world may witness an increasing decline in the influence of international organizations such as the United Nations, the European Union (EU) among others due to these organizations’ inability to respond to the epidemic and implement measures to support member states. In the EU, the Italian case demonstrates the way EU countries were unable to offer support to Italy with the escalation of the crisis even after the Italian public health sector failed to absorb the number of infected cases.
International relations may become more closed in the post-Corona era, once the spread of the epidemic decreases and auto-immunity towards the virus increases, because its spread and transmission between countries will have implications on international relations. States will push to reformulate relations to ensure that they have sufficient control to govern and move quickly to confront a similar crisis. States may be encouraged to adopt this approach since they have had to respond to the epidemic through their own efforts.
2. Economically: The effects of the Corona outbreak have appeared on the economy, as the global export sector suffered an estimated 50 billion US Dollars (US) in losses. In all likelihood, the economic effects will not be limited to this and what has emerged so far is the tip of the iceberg.
Significant difficulties may interfere with processes to reinitiate the interconnected global economy, as many countries may turn to nationalizing some industries and reshape its trade relations with other states in anticipation of similar crises.
One of the expected repercussions of the Corona epidemic on the economy is increased government spending on the public health sector and the establishment of infrastructure and social services to bridge the defects revealed by the pandemic. This will hinder efforts to diversify the resources that depend on creating huge investments.
It is estimated that the virus’s negative effects on the economies of the countries where the Coruna virus first appeared, such as China, which is currently suffering from a decline in its industrial production and sales - the auto sector alone fell by 92% - may continue even after the crisis recedes as a kind of decline in the confidence of other countries that trade with China.
The Corona pandemic may result to the fading of the concentrated countries’ model that many countries depend on to provide the necessary inputs for industry, and it may push them to rely on searching for alternatives and a basket of options to avoid the recurrence of the “China” model that many countries rely on for primary materials. This has the capacity to substantially reformulate trade relations to a large degree.
Unit of Analysis and Thinking - Jusoor for Studies
To visit the English Telegram channel: Click here