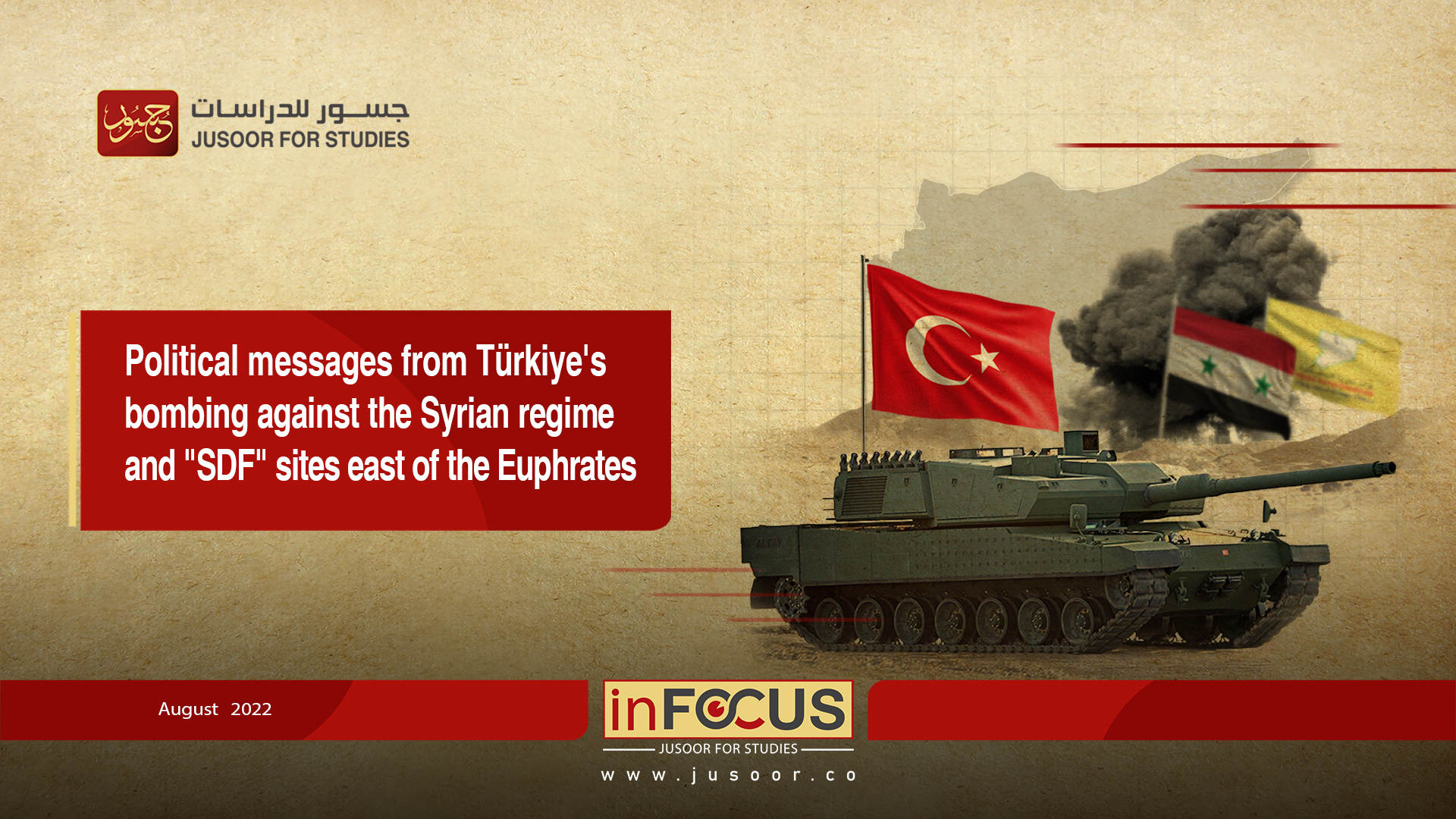 On August 16, 2022, Türkiye conducted a bombing campaign, launching missiles, artillery shells and air strikes on sites belonging to the Syrian Democratic Forces (SDF) and the Syrian regime in the Ain al-Arab region, northeast of Aleppo. This campaign was carried out after a Turkish soldier was killed as a result of the bombardment that was launched from the villages of Jarqali and Zur Maghar east of the Euphrates, which hit a border outpost.

The Turkish bombardment killed at least 3 soldiers of the regime army. This escalation came a few days after the Turkish Foreign Ministry’s statements about providing political support to the regime in order to expel the Kurdistan Workers’ Party (PKK) and its Syrian branch, (PYG) from the regions of northern Syria. This incident also came after the Turkish FM revealed that he had a “brief conversation” with his Syrian counterpart at the end of 2021.

Concerning the timing that the SDF had chosen to launch its attack on the Turkish outpost, it seems that it aimed at undermining any chances to raise the level of coordination between Türkiye and the regime against the US-backed group, given that the attack was launched from a location run jointly by the regime and the SDF.

In spite of that however, Türkiye wants to send a multi-layered message via its response. It does not only reflect a mere punch to the regime because the latter failed to take the necessary measures entrusted to its forces for removing the PKK elements from the region in accordance with the Sochi Memorandum (2019), this response also clearly shows the Turkish full readiness to launch military operations against the regime in the region. This will prevent the regime from playing any role or providing any cover for the activities of the PKK in the region.

Furthermore, Türkiye used such a way in responding - launching air strikes from Turkish airspace and by using drones- to show off its ability in creating alternatives to a direct military operation, by which it can confront threats to its national security in light of the failure of Russia and the United States to abide by their commitments in this regard.

Accordingly, it is expected that Türkiye will carry out new strikes against positions in which the regime forces deployed, east of the Euphrates. This may prompt Russia - as a guarantor - to intervene in order to restore calm and to work on tackling security problems on the border areas through diplomatic channels.

This does not eliminate the possibility of launching a Turkish military operation against the regime and the "SDF" east of the Euphrates. It, however, needs more time to observe any field reactions might come in the aftermath of the escalation. If the two sides (the regime and SDF) resort to more cooperation, this will be an additional justification for the continuation of the military pressure by Türkiye, which, in turn, may be in the shape of a new operation. However, if the regime and its allies respond to such an escalation by fulfilling their commitments, conflicts might arise between the SDF and the regime. Not only that, but also the possibility to slide into military confrontations between the two sides will not be ruled out.

Ultimately, the bombardment that targeted the positions of the regime forces east of the Euphrates reflects the real Turkish position and policy regarding the relationship with the regime, if such a shift in the Turkish political discourse regarding the relationship with the regime was not a mere response to Russia's urgent demands in this regard. At best, it might be just a kind of expressing readiness Ankara to achieve further rapprochement with Russia.