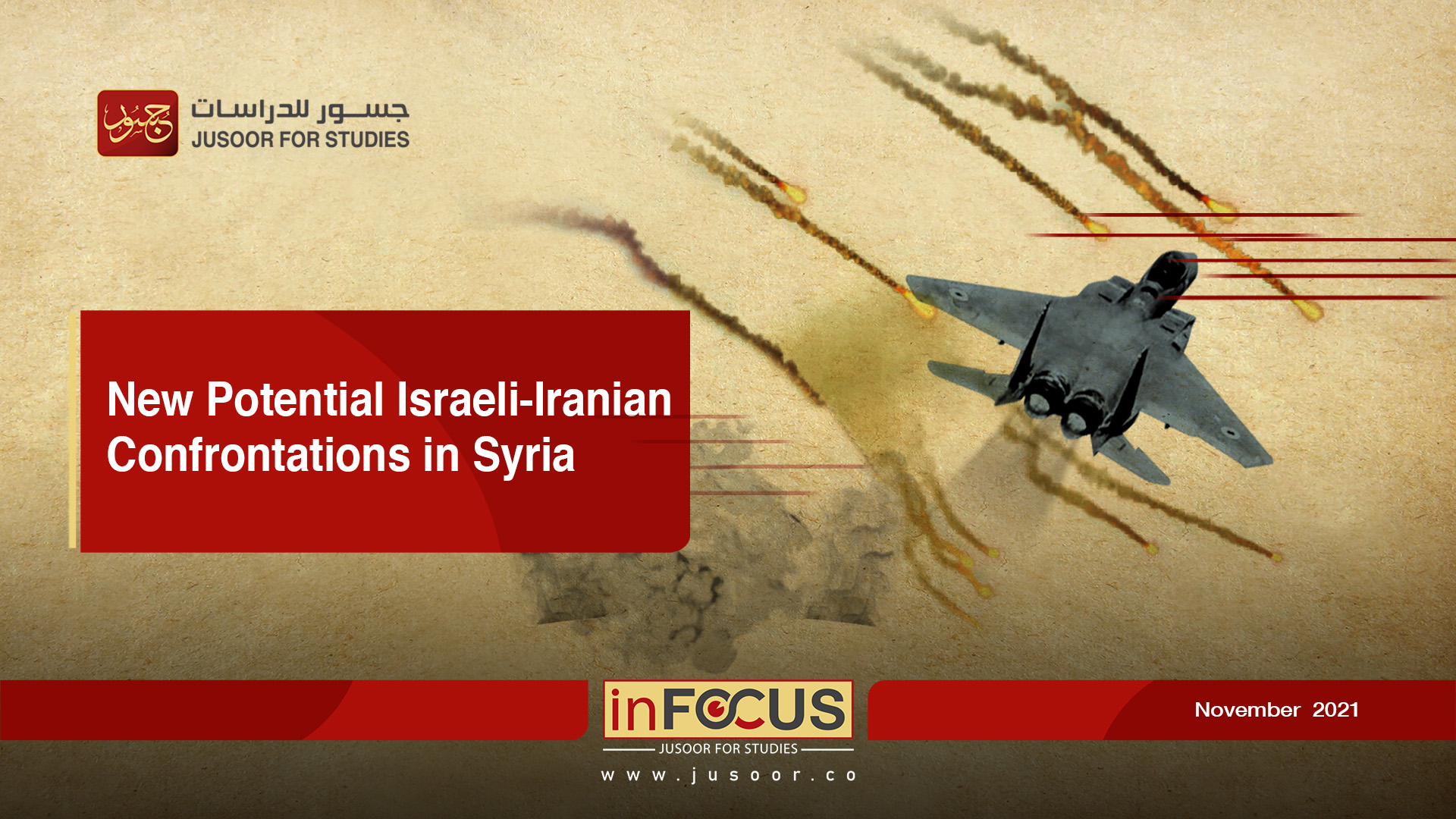 Unusually, on October 30, 2021, Israeli missiles targeted sites linked to the Iranian Revolutionary Guards Corps (IRGC) in Syria during the daylight, while Israeli raids or bombardments usually took place at night.

The bombing targeted warehouses in the locations of the regime's 4th. Division and the Republican Guard in the vicinity of the capital, Damascus. However, only five days before this incident, Israeli air raids were carried out on Quneitra governorate, targeting an outpost belonging to the Lebanese Hezbollah in the city of Baath, and the office of Captain Bashar al-Hussein, commander of the reconnaissance company in the 90th Brigade.

In fact, the Israeli bombing and air raids came after the meeting that brought the Israeli Prime Minister “Naftali Bennett” and Russian President “Vladimir Putin” together on Friday, October 22, 2021.  "The Russians and the Israelis reached understandings to carry on launching the attacks on Iranian sites of concern to Israel in Syria" some Hebrew reports stated.

It is likely that Syrian locations might witness a new wave of bombing and strikes on sensitive sites and targets directly supervised not only by the IRGC, but also Hezbollah. Also targets operated by the regime that are considered in one way or another affiliated with Iranian influence in Syria. In general, such possible strikes might stay away from the Russian-affiliated forces. Iran will not worry about this extent, which does not affect its influence and interests in Syria, and it may conduct some tit-for-tat attacks, such as the drone attack on the al-Tanf base, after it was subjected to raids at T-4 Air base, in the countryside region of Homs, in mid-October.

It is expected that Iran will repeat the use of drones to respond to any serious attacks it might be exposed to. In this regard, it is not unlikely that it will expand its operations to include Israeli lands adjacent to the Syrian borders; because Tehran is also working strategically to support its military units within the Syrian regime forces with air defense systems, in order to develop the response and defense mechanism in the face of a possible military escalation of Israeli attacks with increased coordination between Tel Aviv and Moscow.

It seems that Moscow will be the main beneficiary of the Israeli-Iranian tensions, as it is take advantage of the Israeli raids to put more pressure on Iranian influence in Syria. In addition, with the Iranian security risks worrying Israel, Moscow continues to present itself as a mediator and guarantor to reduce the tension, which increases the importance of its role for both parties. This makes them provide political gains to the Russian side, in addition to maintaining the coordination option available to Moscow with a strategic ally of the United States that has a great influence on the latter's decisions in the region.