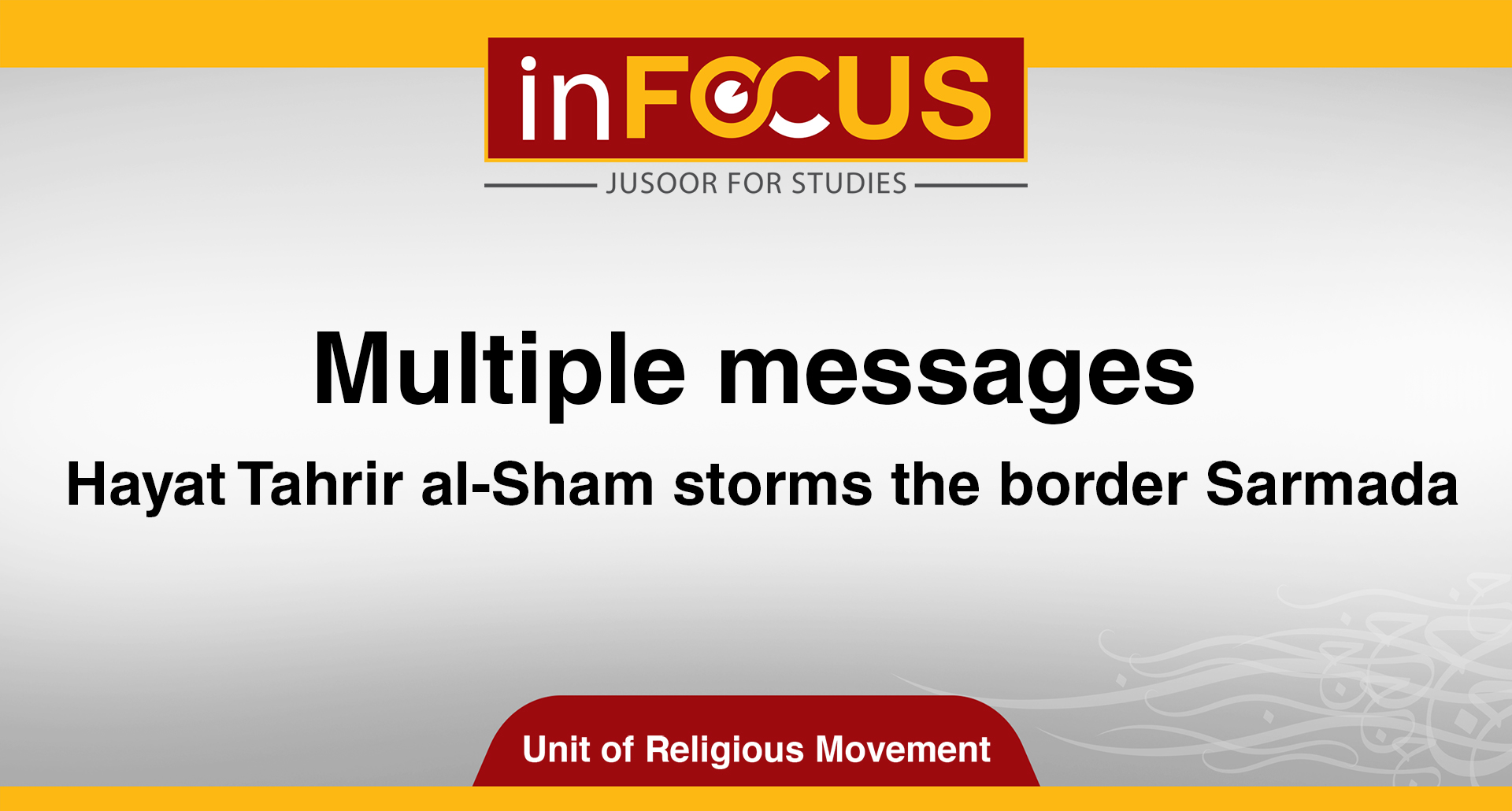 85
Multiple messages: Hayat Tahrir al-Sham storms the border Sarmada
Hayat Tahrir al-Sham (HTS) stormed the border city of Sarmada, only a few kilometers from the Bab al-Hawa border crossing north of Idlib Province, on March 12, 2020.
HTS storming operation came after an altercation between HTS elements, as they were establishing a checkpoint at the entrance to the city, with some local residents. Later the public angry crowd headed to the HTS checkpoint and expelled the HTS elements. As a result, HTS brought in enforcement to storm Sarmada and extend control by force.
HTS’s strong reaction to the Sarmada events at this time sends a number of messages:
• Assuring all local actors in Idlib that HTS is still in control of the region and that Turkey's military entry into northwestern Syria has not affected its power, it was perceived that HTS grip in the region was declining.
• Controlling the border strip, considered one of the most prominent HTS power sources since its disengagement from Al Qaeda, because it is a power card in front of Turkey that affects the refugee and foreign fighters issue in front of the European Union countries.
In that sense, HTS cannot give up the most important power cards that may determine its fate and the future of its presence in the region against Turkey and the European Union. The EU had previously held meetings through mediators with HTS leaders to discuss controlling borders and preventing human trafficking.
It should also be noted that Sarmada is the most important commercial center in Idlib Governorate, due to its proximity to Bab al-Hawa border crossing and it is the safest where commercial activities have been concentrated during the past years. Furthermore, the HTS Economic Committee has made significant investments in the field of Money exchange and real estate, and held many partnerships with traders who took Sarmada as the center of their activities. These partnerships are based on the idea of protection in exchange for a share of the profits, and thus the tightening of the security grip on this region secures HTS economic interests.