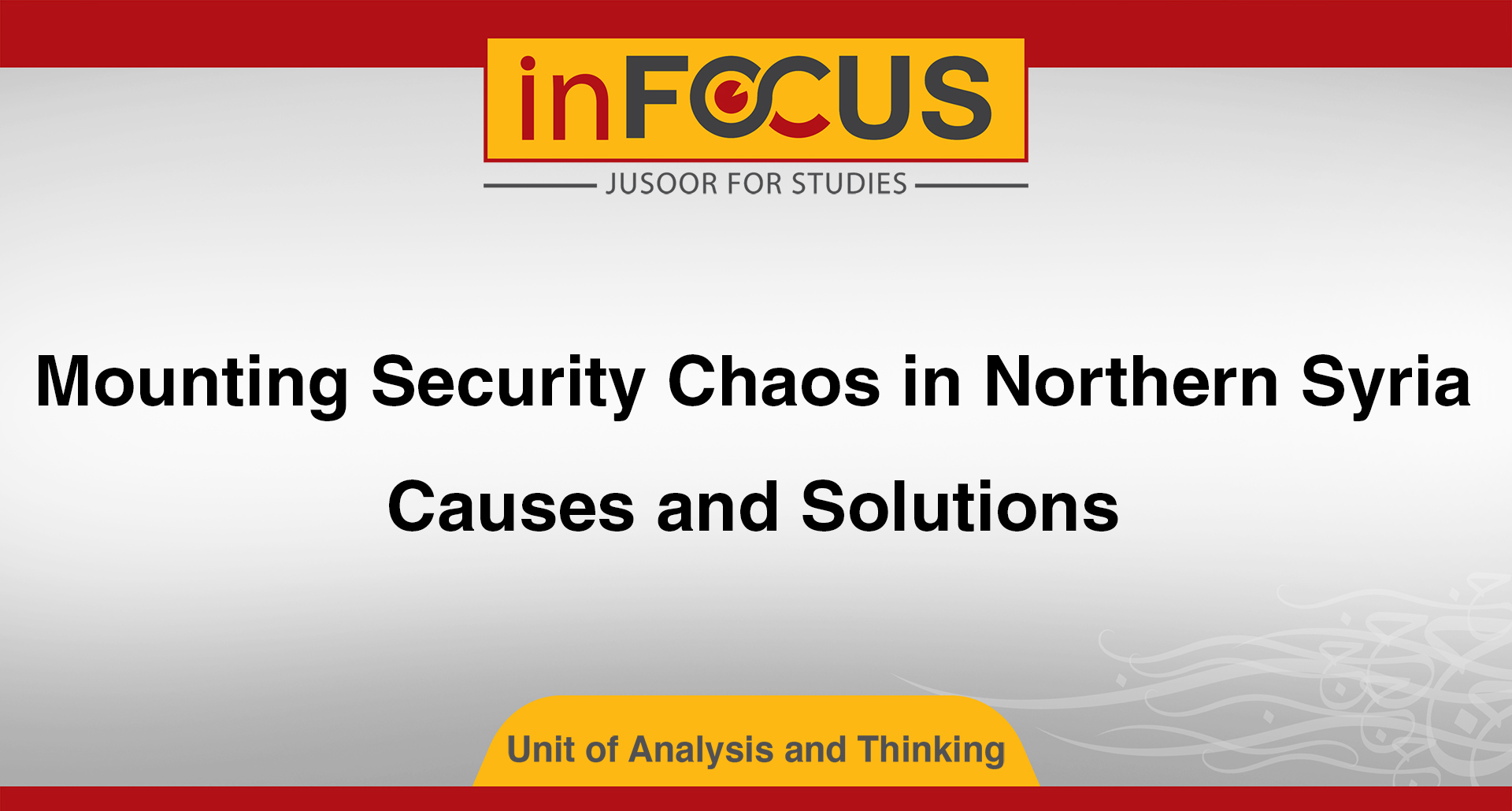 Syrian opposition-controlled areas in the northwest of the country are witnessing continued security chaos in the absence of measures to reach a state of sustainable, or relative, stability. The car bomb in Afrin, northwest of Aleppo, a few days ago, is one example of ongoing security chaos.
Such operations started to focus more on the quality rather than the quantity in contrast to previous attacks that focused on increasing the number of casualties, the attacks may prompt Turkey to reassess the level of security or even military intervention.
Turkey is relying on the existing military and security structures in Syria in order to control the chaos in its areas of its operation. However, the existing structures act as an appropriate environment for ISIS, the SDF and even the Syrian regime to continue carrying out operations.
The Syrian opposition military and security structures in northwestern Syria lack governance, accountability and efficiency as well as a severe lack in resources. These factors strengthen the environment of instability in the areas under opposition control.
Imposing stability requires large financial resources to be allocated to the governance of the security, military and administrative agencies which includes training fighters intensively in operations in residential areas, destroying explosive devices and other activities in the framework of combating terrorism and imposing public security. This is other than the urgent need to provide fighters with the necessary equipment to detect explosives and security teams with trained dogs.
Turkey does not currently have the ability or desire to provide financial resources in large size, especially with lack of legal certainty about the future of Turkey’s presence in Syria. This leads Turkey to focus more on paying for early recovery and relying on loyalty as a way to control the chaos or reduce its severity as well as favoring military options.
In light of the weak options available to Turkey to resolve the security file in the Olive Branch and the Euphrates Shield operation areas, it may show a firmer and more determined position to resolve the Tel Rif’at file militarily or diplomatically with Russia, and th us undermine the ability of sleeper cells in Afrin to launch security operations from the city.