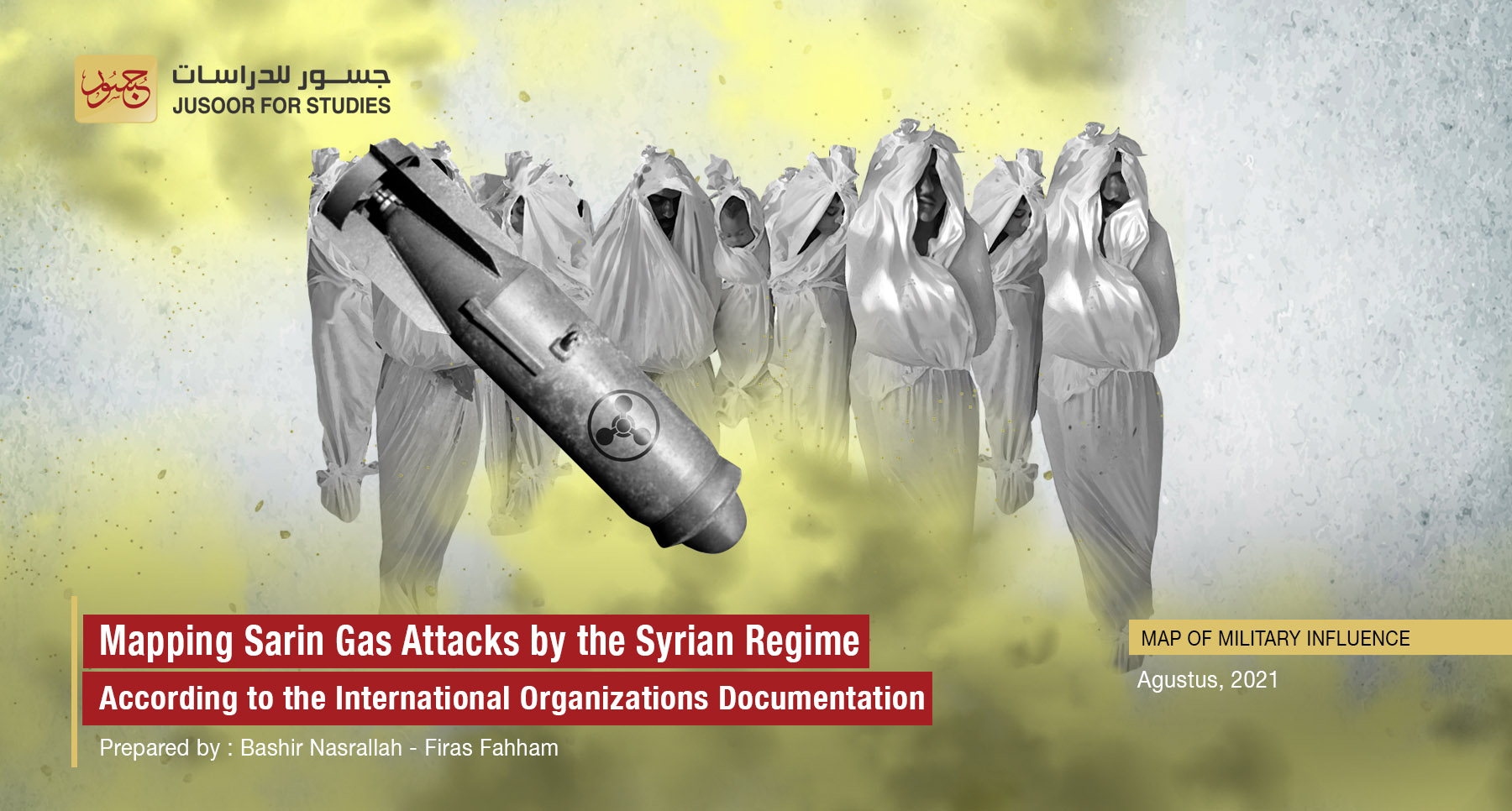 On August 20, 2021, Jusoor Center for Studies issued a map showing the areas that were subjected to the largest attacks launched by the Syrian regime with chemical weapons ever, using the internationally banned Sarin gas. These attacks had been documented by international organizations, most notably the Organization for the Prohibition of Chemical Weapons (OPCW). In response, the international community, including the United States unequivocally condemned the attacks. The attacks were launched between August 2013 and July 2018, and were concentrated in the governorates of: Aleppo, Rif Dimashq (Damascus Countryside) and Hama.

The use of the Sarin gas in attacks is just a little portion of chemical weapons attacks with other substances, especially chlorine gas, as Syrian and international human rights organizations have documented about 211 attacks across Syria since 2012 to the present day, killing more than 2,000 civilians, which indicates that the attacks with chemical weapons were a systematic approach used by the Syrian regime forces against each person and group of the regime opponents.

The first attack launched by the Syrian regime using chemical weapons was documented in December 2012 in the "Al-Bayada" neighbourhood and "Deir Balaba" in Homs, which witnessed widespread popular protests, and the attack led to 6 civilian casualties and dozens of cases of suffocation.

Nevertheless, despite the UN Resolution No. 2118 issued in September 2013, which requires scheduled destruction of Syria’s chemical weapons, the attacks continued against civilians in the Rif Dimashq (Damascus Countryside), Hama and Idlib, which were either just preparations to larger attacks that the regime was preparing to launch against the areas outside its control, or they were reprisals for the losses of the regime forces they had in battles against the Syrian opposition fighters. 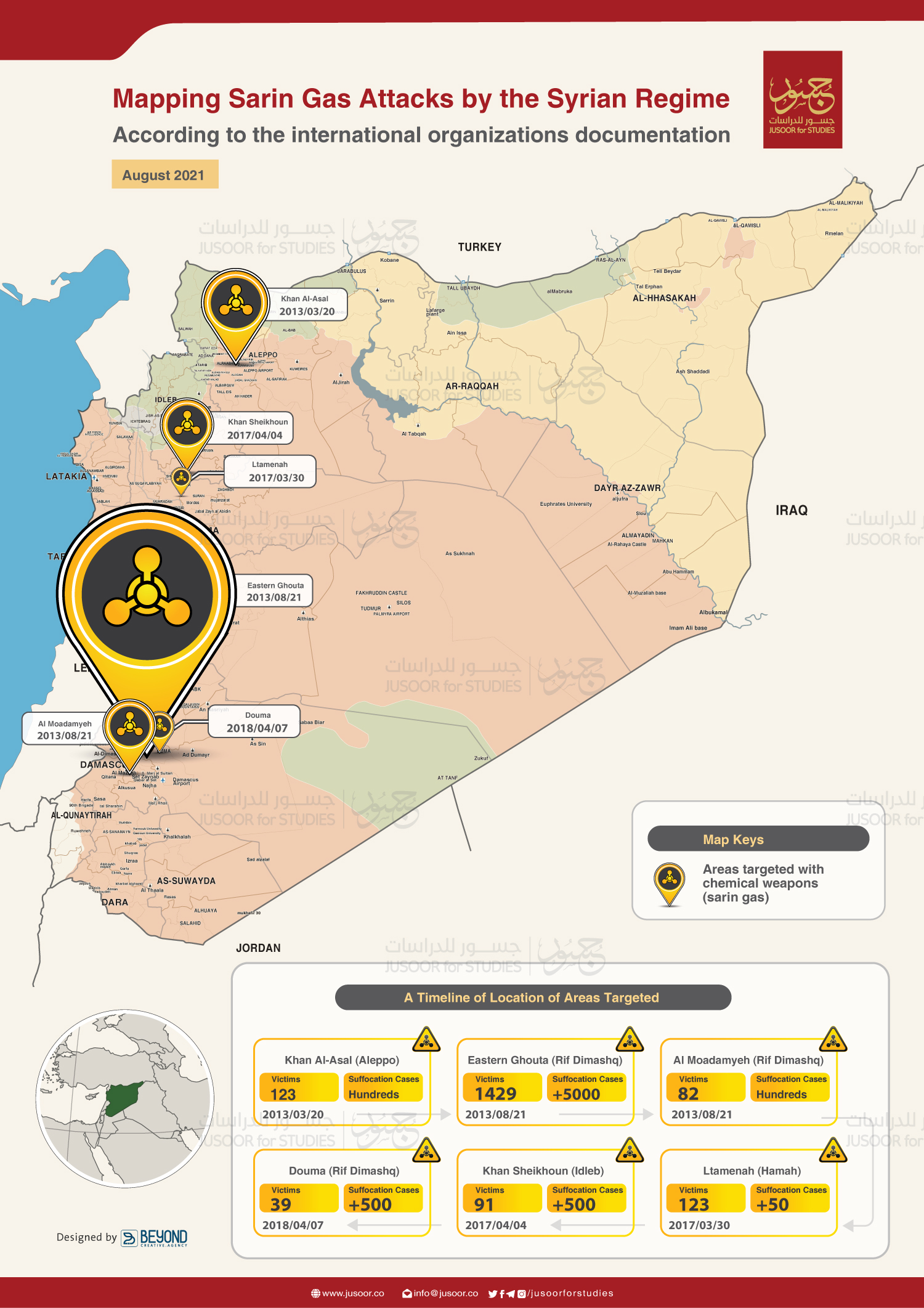