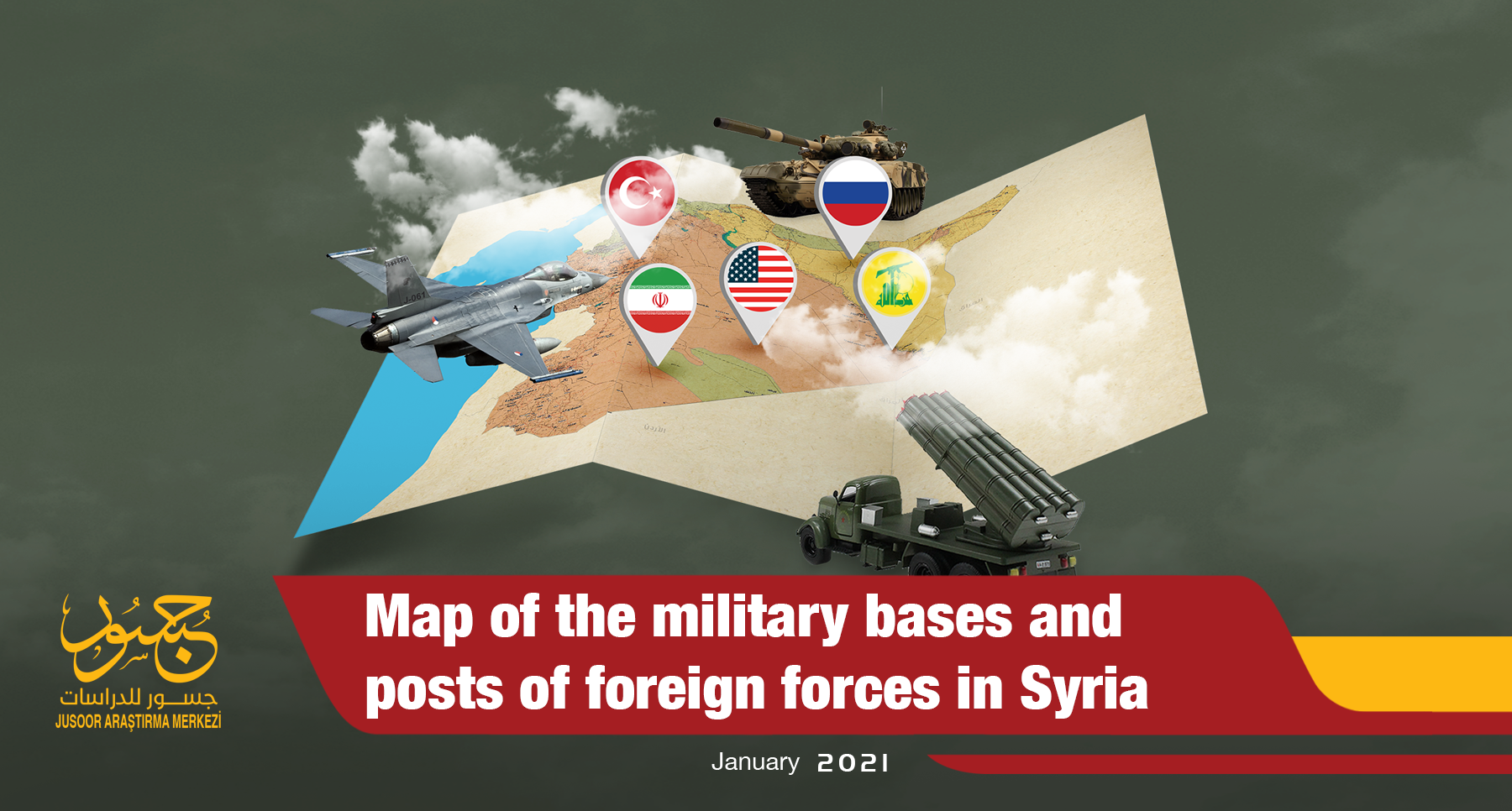 On January 5, 2021, Jusoor Center for Studies produced a map showing the distribution of foreign forces in Syria, which totaled 477 sites. The map of active forces includes the US-led International Coalition, Russia, Turkey, Iran, and Hezbollah.

This number of sites  is considered the largest-ever presence of foreign forces in Syria's contemporary history, and reflects the size of the external influence in the Syrian file, at the expense of the influence of all Syrian players. 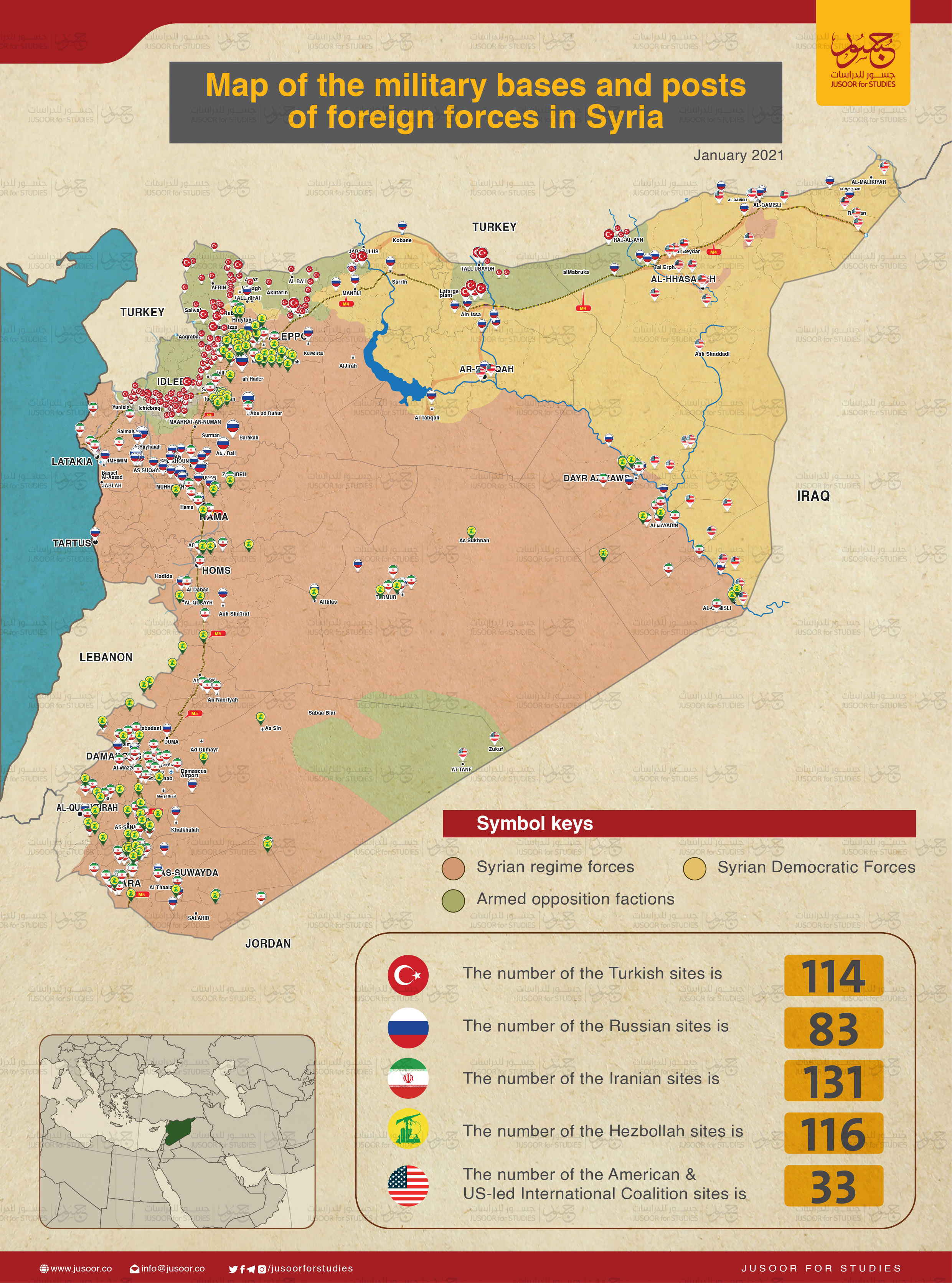 The deployment of the International Coalition's military posts in eastern Syria is an obstacle to the spread of Russia and Iran.

The U.S. withdrawal from the Syrian governorate of Aleppo set the stage for the Russia's access to the region and the establishment of military posts and bases there after an understanding was  concluded with the Syrian Democratic Forces (SDF). 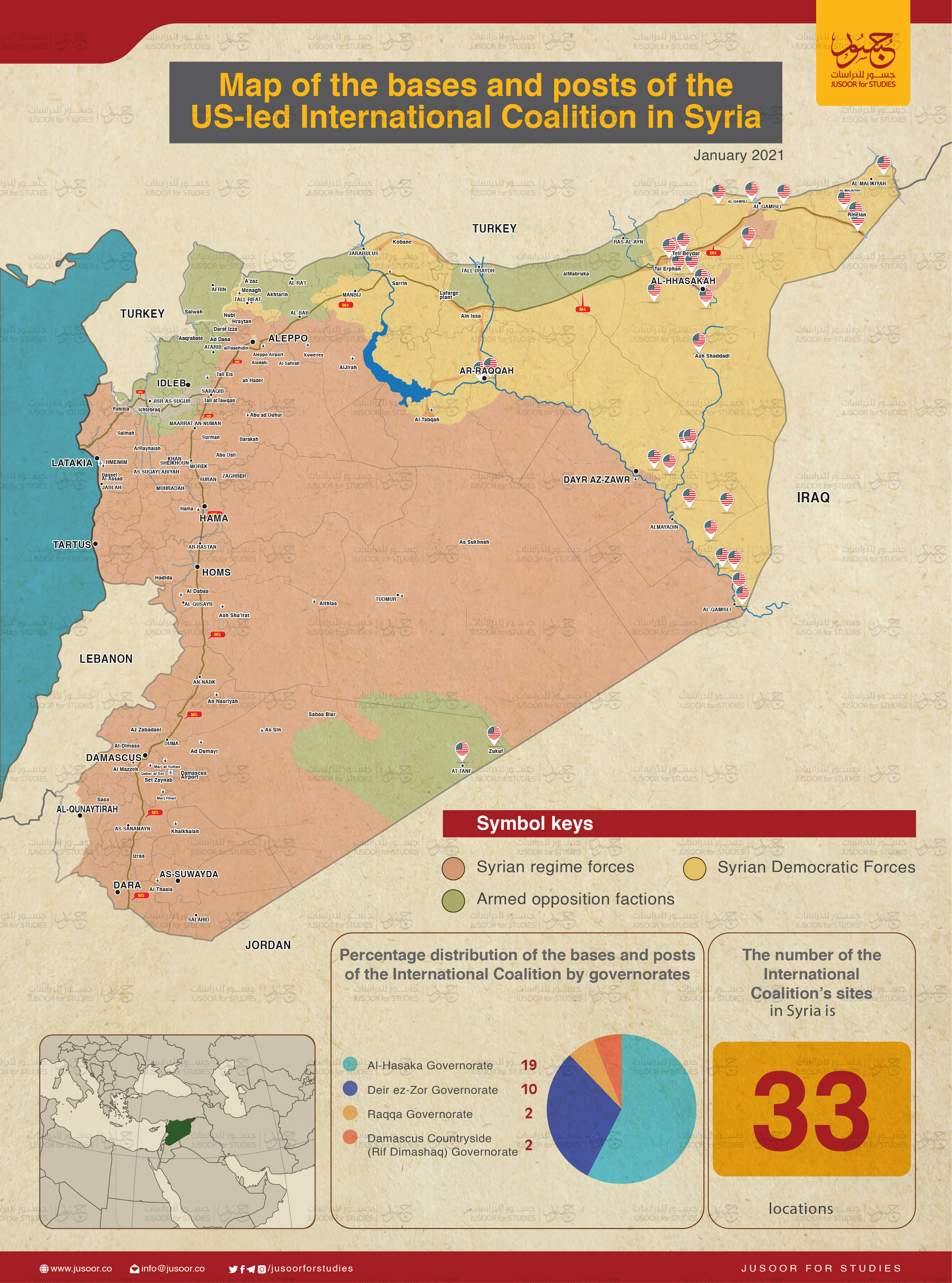 It is notable that Russia strongly focuses on strengthening its presence in the provinces east of the Euphrates, taking advantage of the withdrawal of the United States from Aleppo and the understanding made with the Syrian Democratic Forces (SDF).

Russia's military presence in Syria ensures  achieving its strategic goals in light of the increased competition with Iran, Turkey and the United States, but the military deployment does not seem sufficient to secure Russia's interests and concerns, unless this is translated into political gains. 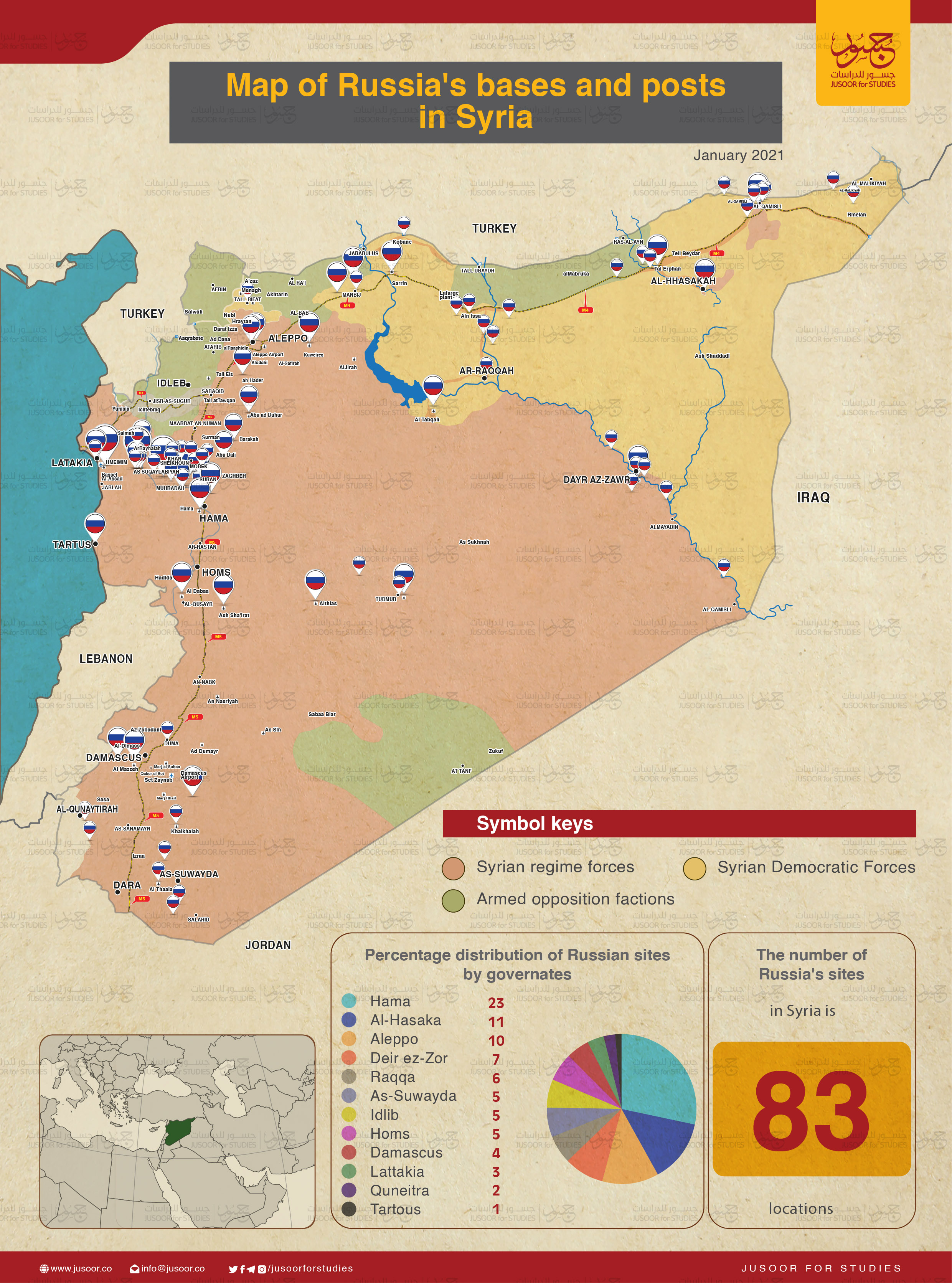 The deployment of Turkey's posts in northern Syria is an obstacle to the spread of Russia and Iran, as the military points and bases are spread in the form of roadblocks, makes it difficult for the Syrian regime to advance towards the Syrian opposition-held areas without directly clashing with these roadblocks. 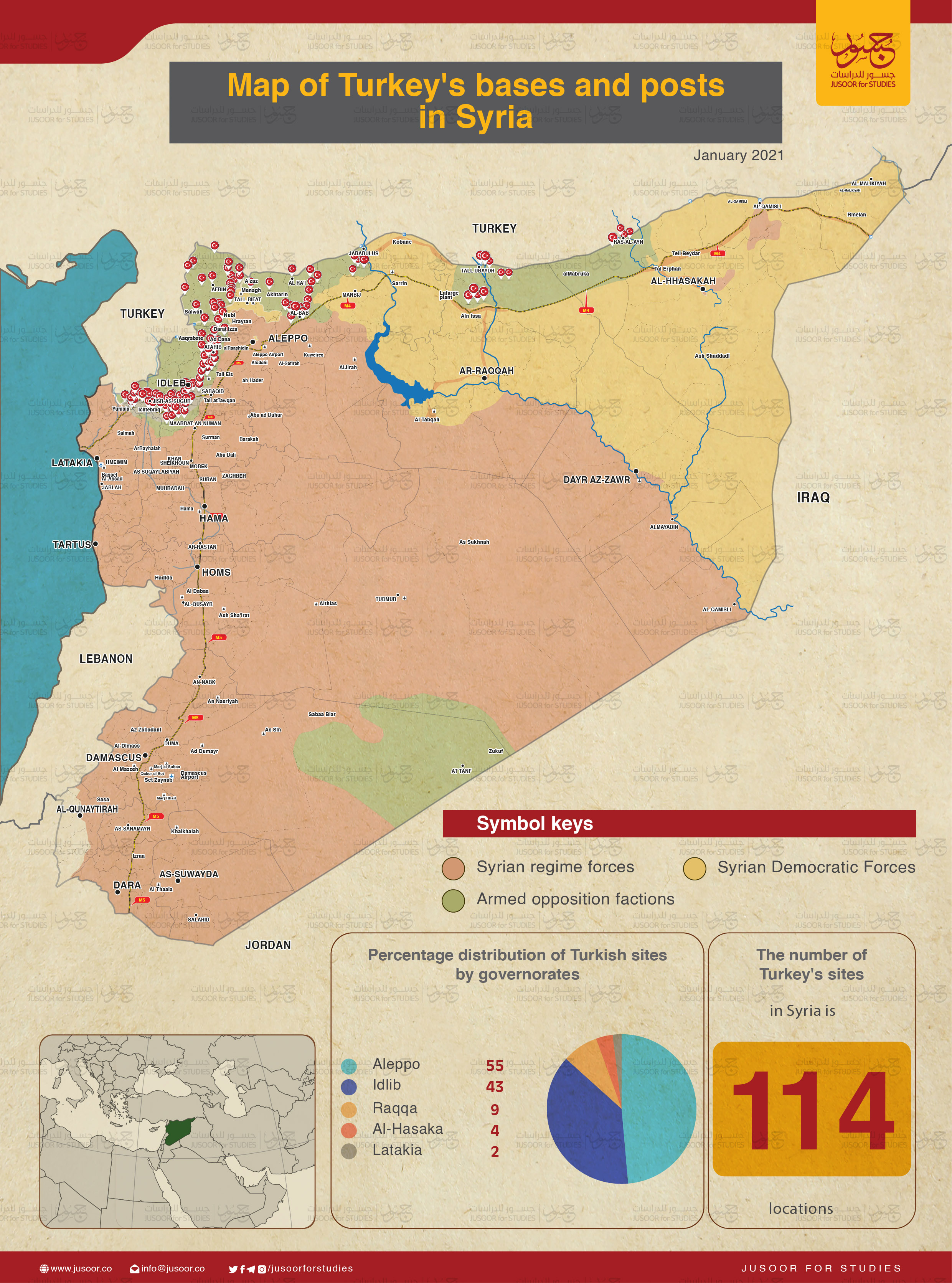 It is noted that Iran has a focus on strengthening its own military presence in southern Syria, as part of its strategy to turn the region into a forward operating base against Israel, and to reach the Mediterranean by a land corridor links Tehran, Baghdad, Damascus and Beirut.

Iran often hopes that its military deployment in Syria will ensure the protection of Hezbollah's military and logistical supply lines, and reduce the costs involved in transferring military hardware to its allies. In addition, Iran seeks to ensure the protection of its interests in the political and security institutions in Syria, in light of the increased competition with Russia. 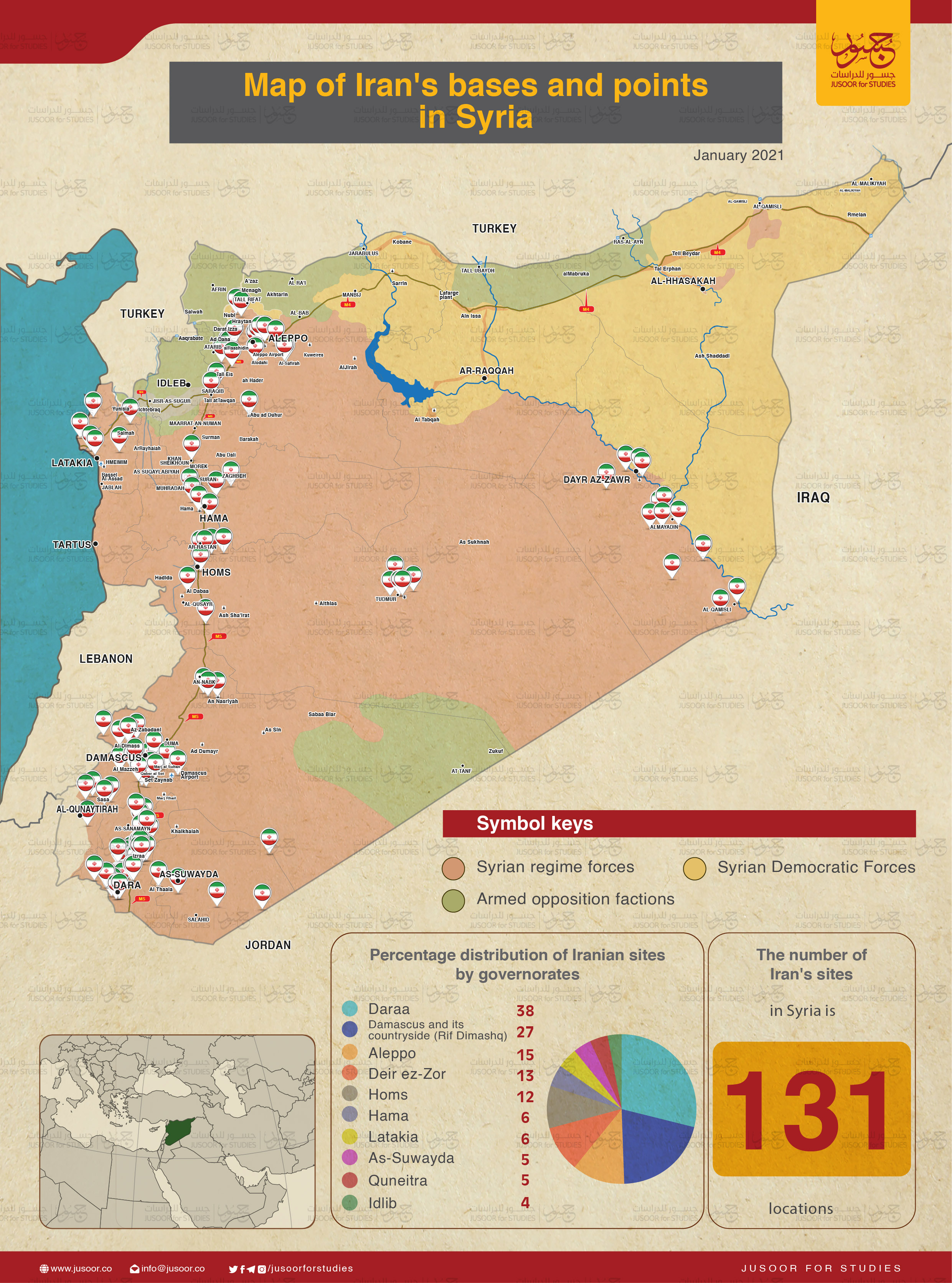 Hezbollah's military deployment in Syria provides protection for the overland supply routes that link Iran and Lebanon, and the formation of a security belt along the border strip between Lebanon and Syria that serves as an alternative supply land corridor to the Bekaa and Mount Lebanon regions, in addition to securing support for the policies of Iran and the Syrian regime. 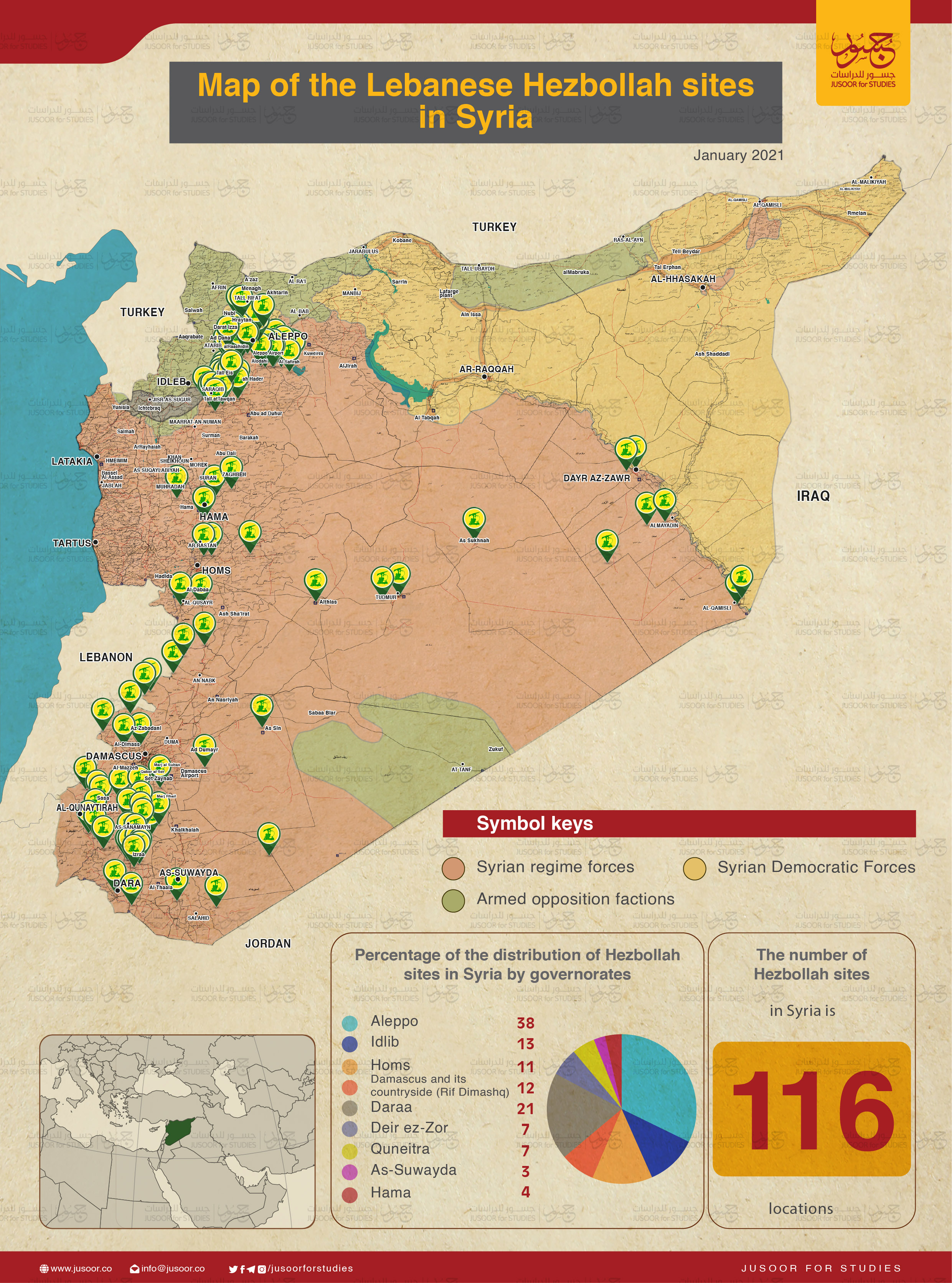