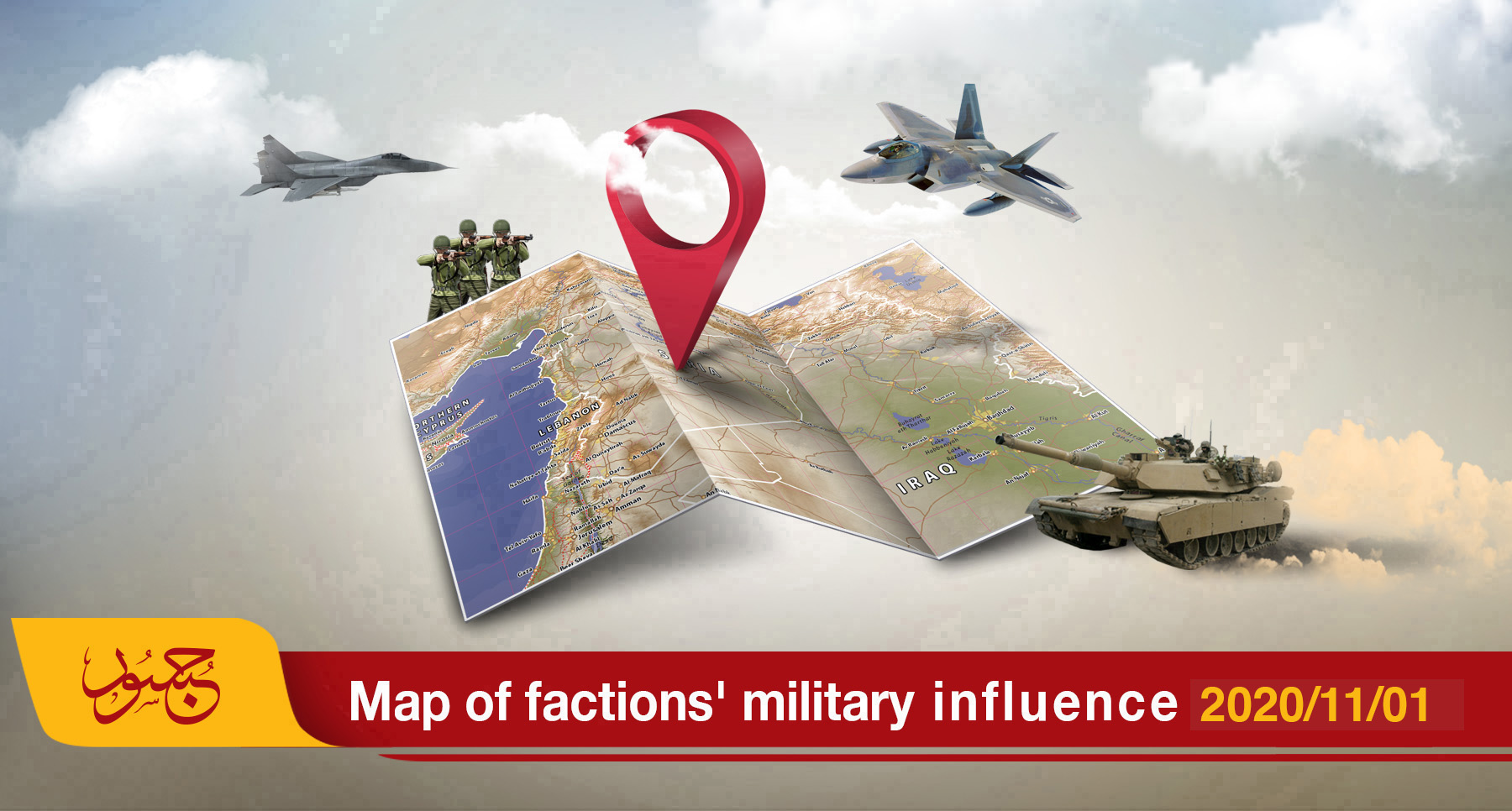 167
The map of military influence in Syria for October 2020 showed the stability of the total control ratios among the parties to the conflict in Syria according to the ratios recorded in February 2020.
Since March 2020, the frontlines have not changed due to the ceasefire agreement reached between Turkey and Russia. This represents the longest period of calm between the regime and the Syrian opposition since the signing of the memorandum of de-escalation in 2017.
According to Jusoor for Studies map, the ratios of control of the forces on the ground are as follows:
- The opposition factions maintain the control ratio recorded last month at (10.98%).
- The Syrian regime maintain the ratio of control recorded last month at (63.38%).
- The Syrian Democratic Forces (SDF) have maintained the same recorded ratio of control since November 2019 at (25.64%).
The Islamic State of Iraq and Syria no longer has any military control over Syrian territory since February 2019.
The lack of change in the ratios of control is due to the Syrian regime and the opposition factions’ commitment to a ceasefire within the framework of the Moscow memorandum signed between Turkey and Russia on March 5, 2020. The ratios of control have witnessed no changes despite continuous escalation and violations along the frontlines.
It is necessary to note that the last month witnessed a continued high escalation of artillery and missile shelling as well as infiltration operations at some points along the front line.
Turkey also dismantled the ninth observation post located in Morek and began evacuating the tenth observation post located in Shir Maghar in the northern countryside of Hama.
October witnessed no progress in implementing the Moscow Memorandum 2020 and no joint patrols were carried out. The last joint patrol was carried out on August 25, 2020.
In the east of the Euphrates, Turkey and Russia conducted six joint patrols within the framework of implementing the Sochi Memorandum (2019) along three routes in Ain al-Arab, Ad-Darbasiyah and al-Malikiyah in October 2020. 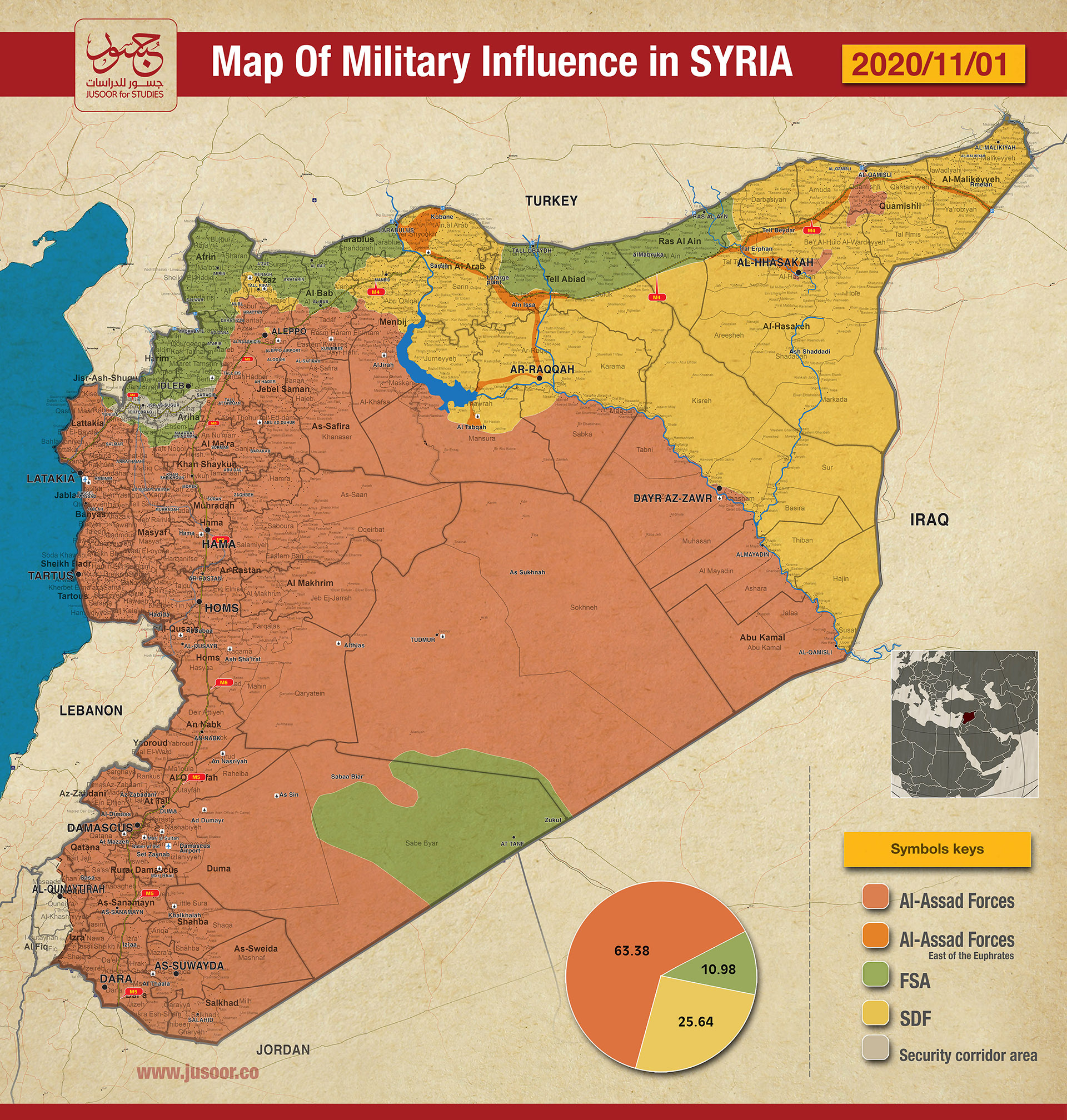