Israeli strikes in Syria during 2020 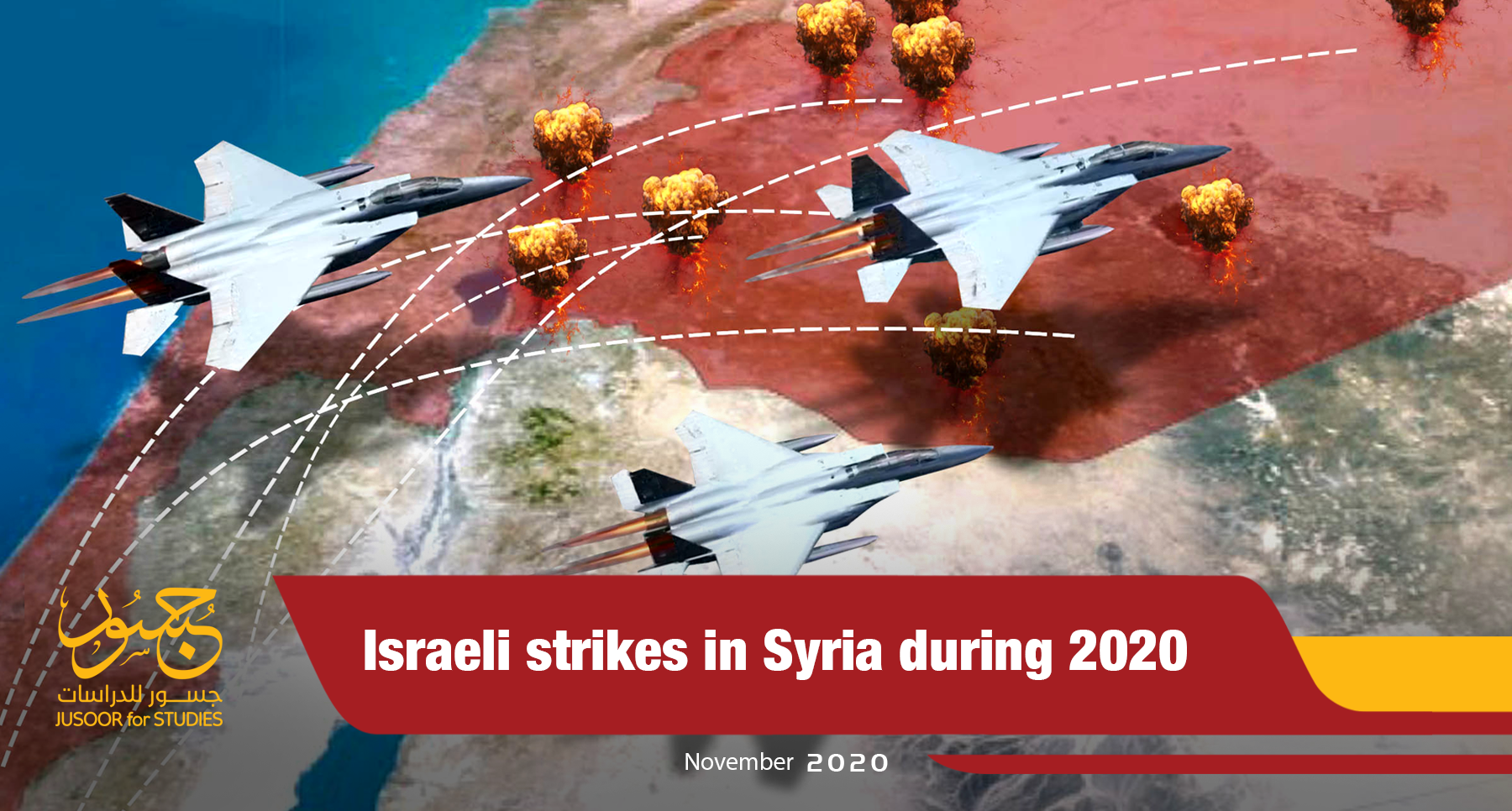 Israeli strikes in Syria during 2020

Jusoor for Studies Center documented 24 Israeli airstrikes on Syrian regime and Iranian locations during 2020. The most recent airstrike was carried out on November 18, which targeted an Air Defense battalion and Revolutionary Guard military locations in Damascus countryside.
Israel only admitted four of the strikes and did not comment regarding the remaining operations.  Since 2013, Israel has pursued a policy of secrecy regarding its operations due to the difficulty of setting a line between unwanted escalation and the required preventative action.
In the execution of operations inside Syria, the Israeli Air Force used F-16s, Apache helicopters and drones.
In its attacks, Israel focuses on targeting military installations such as the T4 airport, armament, manufacturing and ammunition depots, military vehicles, air defense batteries and command headquarters. Israel has also been known to target vehicles transporting prominent commanders such as the operation carried out in mid-April near the Jdeidet Yabous border crossing at the Syrian-Lebanese border.
Israeli airstrikes have been carried out on various locations in eight governorates including Quneitra, Daraa, Damascus, Damascus suburb, Deir ez-Zor, Homs, Hama and Aleppo.
It appears from the losses, most of which have been acknowledged by the Syrian regime, that the strikes achieve their intended objectives, namely damaging military installations and personnel. Israel’s strategy aims to prevent Iran from turning Syria into an advanced base on the northern front as well as destroying military infrastructure in Syria. 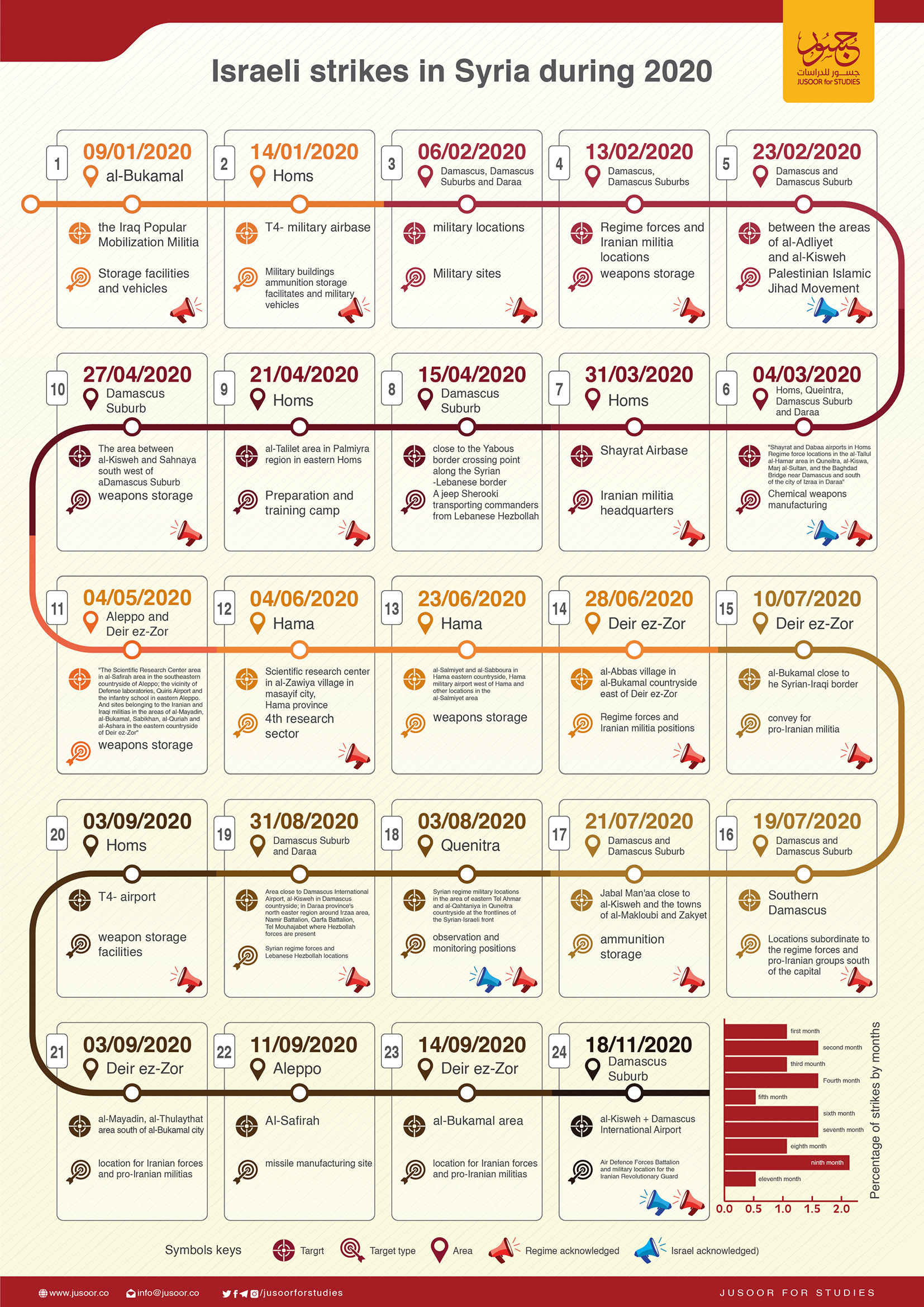 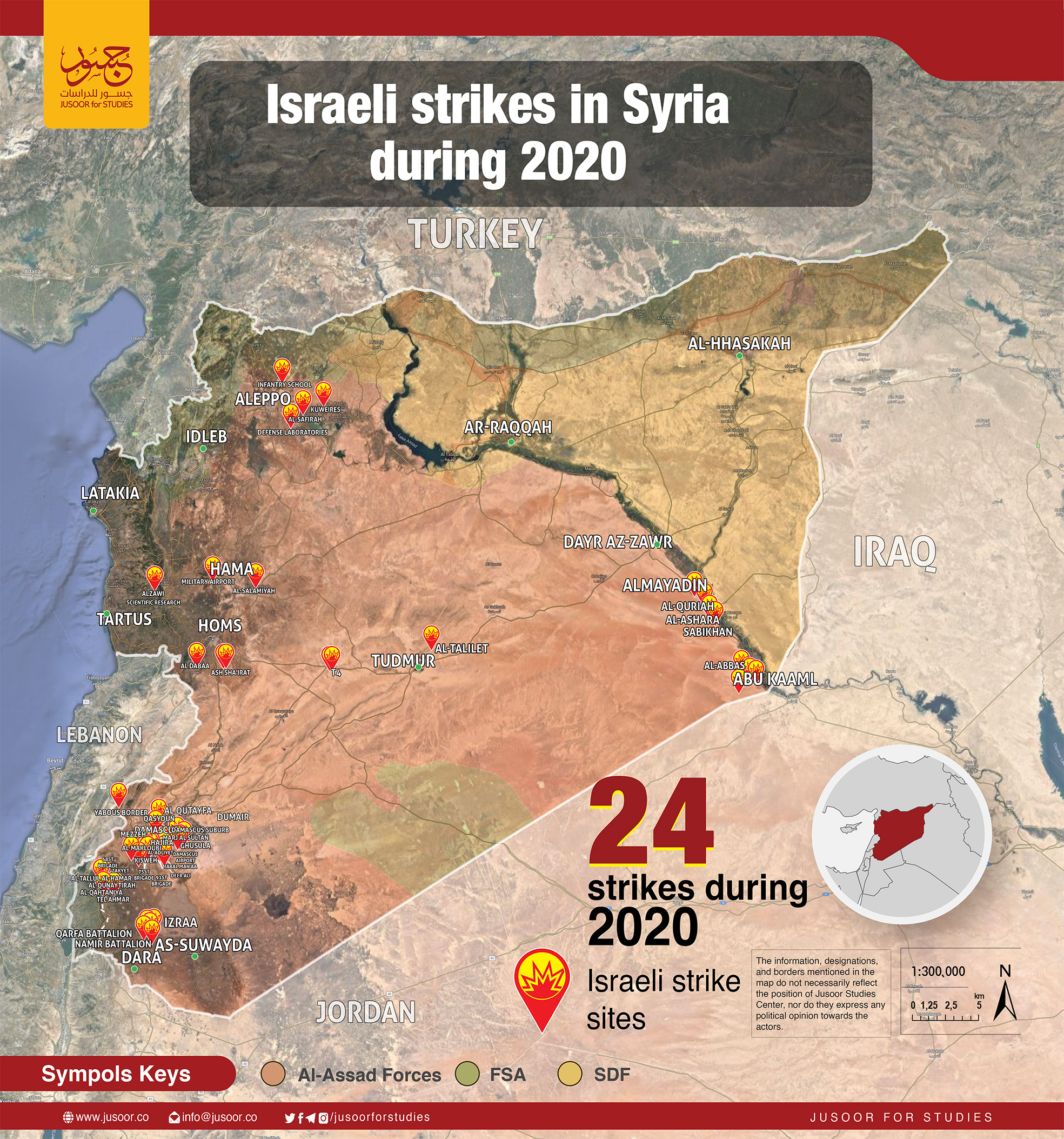