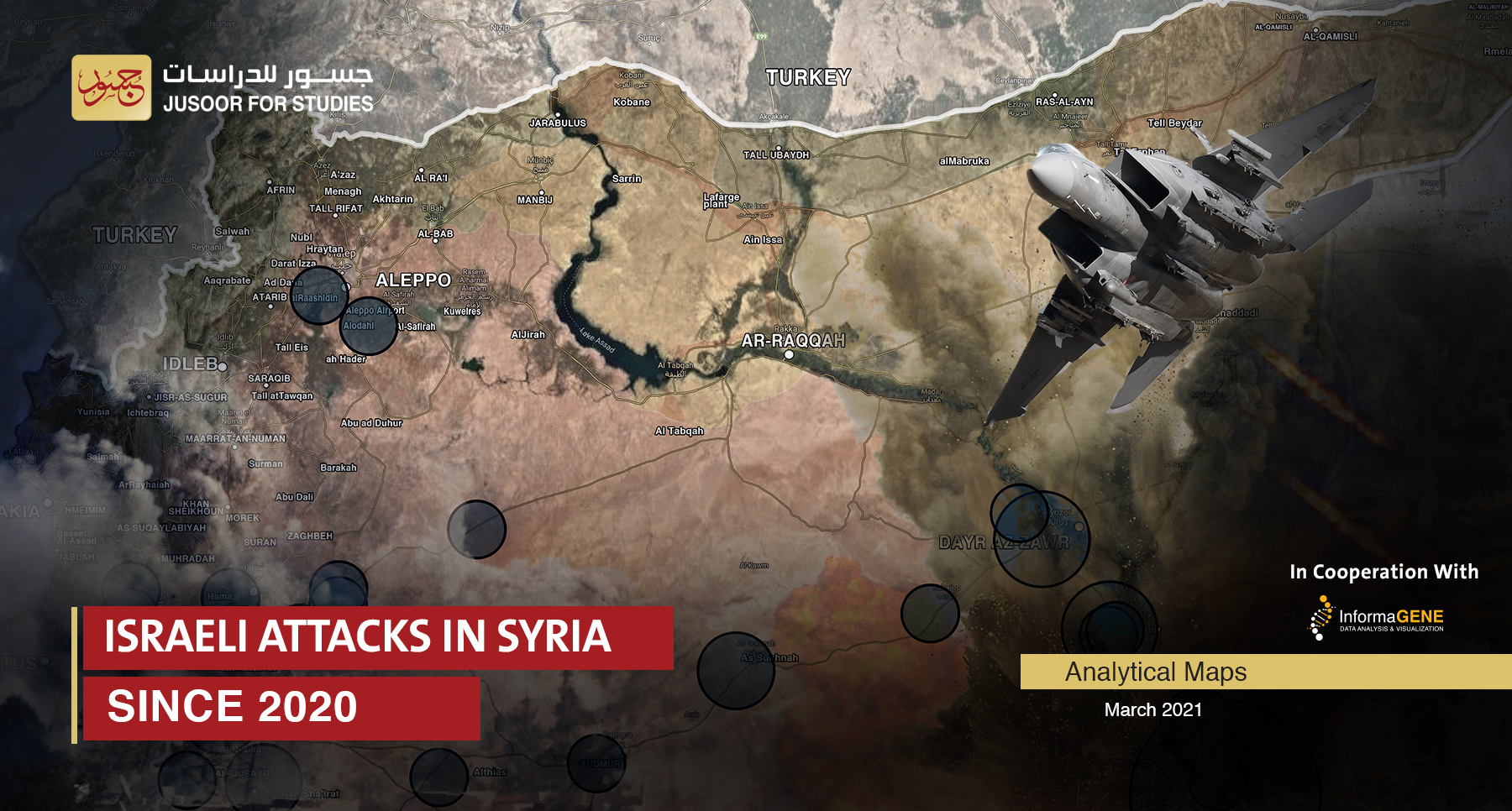 During 2020 and 2021 (so far), Israeli forces conducted more than 80 attacks against different locations inside Syria, %90 of these attacks was through Airstrikes and more than %60 of these attacks targeted the Syrian armed forces, while %32 targeted the Iranian forces. however, the fatalities among the Iranian and Pro-Iranian forces was more than %65 compared to the other actors who were targeted by the Israeli attacks. 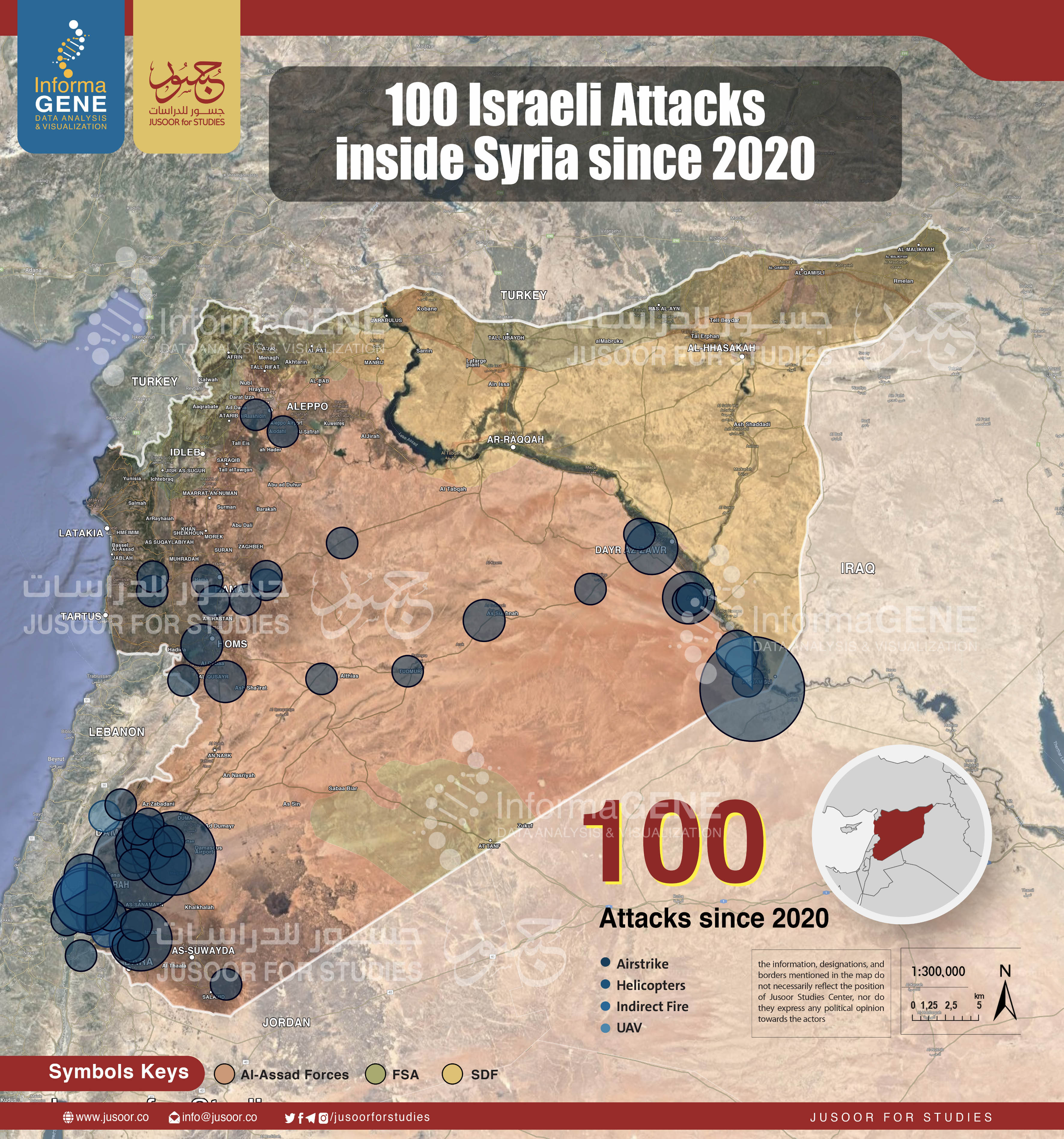