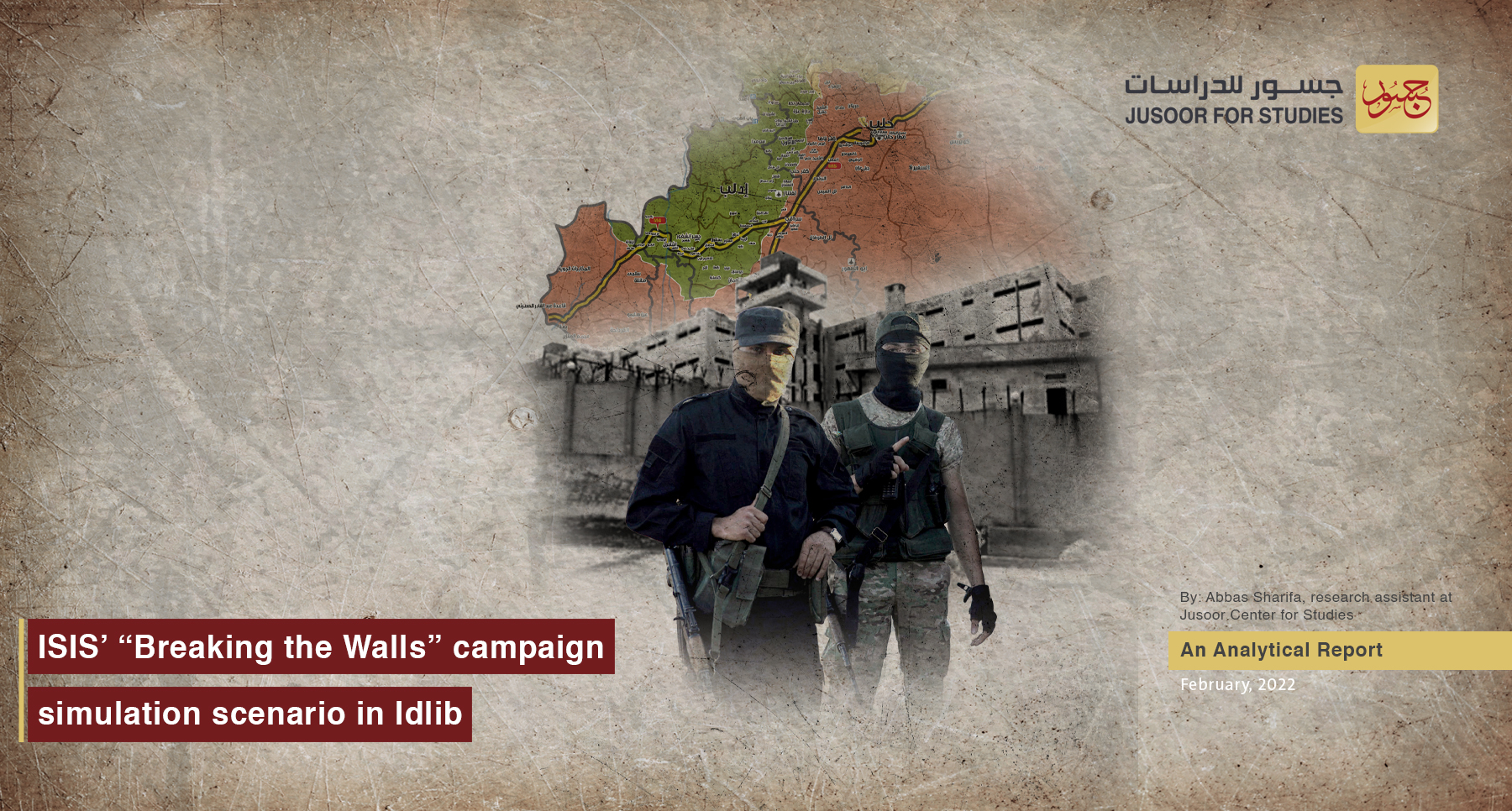 By: Abbas Sharifa, research assistant at Jusoor Center for Studies

In fact, estimating the possibility of launching an attack on Idlib prisons by jihadist groups is linked to a number of strengths and weaknesses. Despite the security campaigns launched against them during 2021 by the security apparatus of Hayat Tahrir al-Sham (HTS), and despite the targeting operations that affected them by the international coalition, these groups are still able to move, recruit members and also are still able to penetrate into the others’ territory and provide logistical support, especially as many influential first-line leaders are still outside prisons.

Accordingly, this report reviews the likely scenario during which the jihadist groups might simulate the ISIS attack on the “Sina’a” prison in the city of Al-Hasakah (Breaking the Walls campaign), in order to release their detained members held within the HTS prisons. Moreover, the report monitors the opportunity available to jihadist groups to carry out such an operation, due to the lack of feasibility of security operations in limiting their activities, the decline in counter-terrorism operations of the international coalition, and so on. It concludes by addressing 3 most likely scenarios for the fate of detainees in HTS prisons.

This report is supposed to contribute to alerting the actors in northwestern Syria to take further steps and mechanisms to prevent the replication of "Breaking the Walls" campaign in Idlib. It may also help researchers, specialists and those who are interested in investigating the activities of jihadist groups to learn more about the security reality in the region.