ISIS: When does it become a serious threat again? 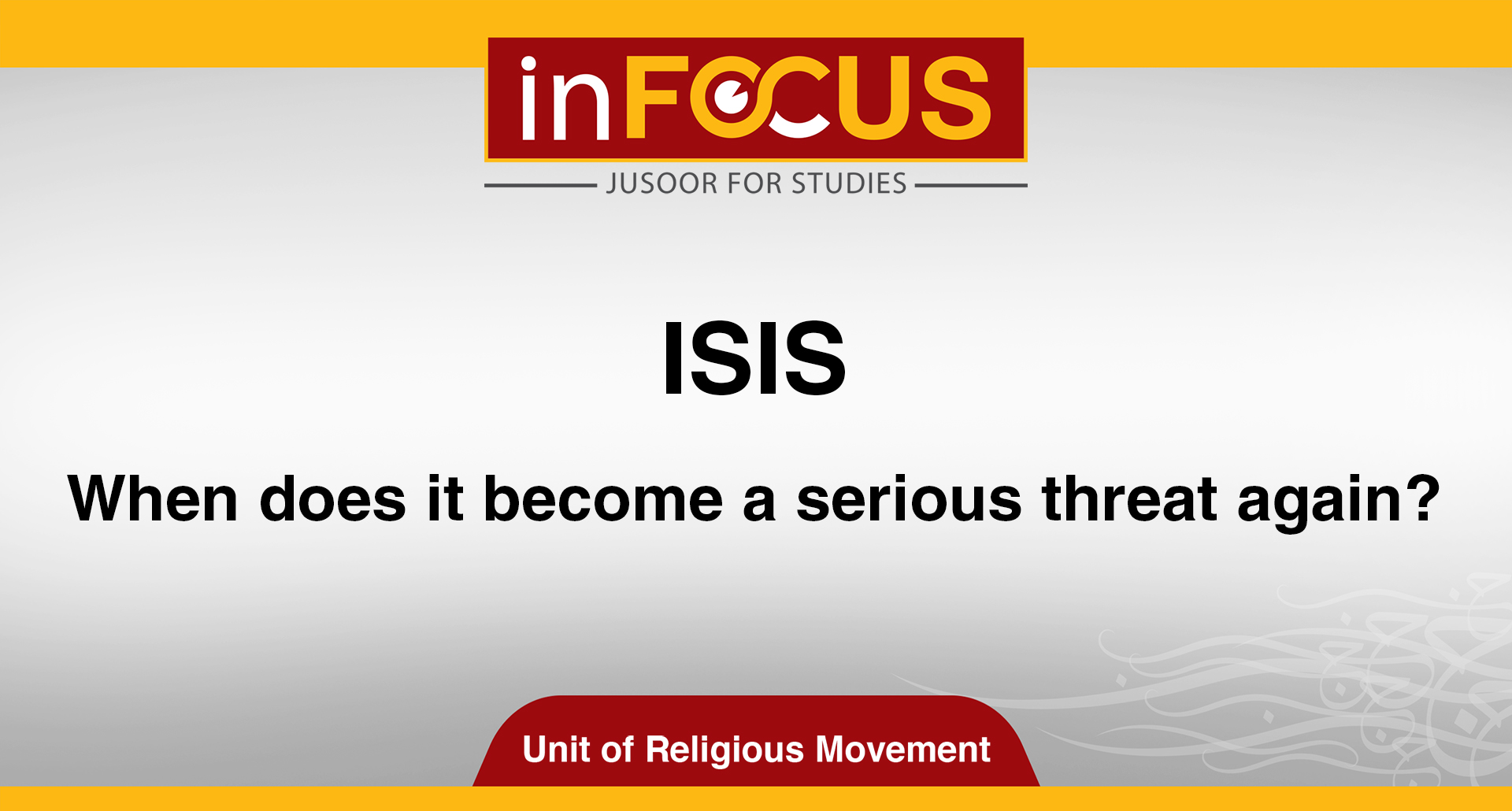 ISIS: When does it become a serious threat again?

90
In focus| ISIS: When does it become a serious threat again?
ISIS activity has increased in both Iraq and Syria in the first quarter of 2020, where its operations in both countries have reached 360 operations. ISIS carried out operations varied in terms of classification, strength, style and resulting casualties; nonetheless, they confirm the organization’s ability to reshape its cells and to deplete its opponents.
It is possible that ISIS will increase its security operations by carrying out assassinations and executions in both Syria and Iraq, taking advantage of the spread of the Corona epidemic and the implemented quarantine measures and curfews in various regions in Iraq and Syria.
Therefore, the future of ISIS security file can be predicted when observing the different possibilities, particularly ISIS becoming a serious strategic threat in the region again as shown below:
• ISIS cells shifting covert operations to overt ones and relocating their deployment in al-Waara, al-Sakhria in the Syrian Badiya, and west of the Anbar Province in Iraq, in addition to the mountain ranges that extend between Diyala Province and the Hamrin Mountains in Nineveh and Salah al-Din, with the aim of controlling cities considered strategic linking complexes on the roads.
• Taking advantage of the international disputes related to different files like the fate of the sectarian and Iranian militias in Syrian and Iraq. Also, ISIS may be able to take advantage of the repositioning of the coalition forces in Iraq by trying to increase the cells freedom of movement between southeastern Syria and western Iraq, and to control areas adjacent to borders between the two countries.
• ISIS capture of large quantities of weapons, ammunition depots and military vehicles deployed near areas of its cells activity in the Badiya of Homs and western Anbar, since this capture gives it the ability to attract more elements and obtaining new funding resources by working in arms smuggling networks.
• ISIS increased propaganda activities in Sunni cities or camps near the areas where its cells are deployed, in order to attract large number of new elements to its ranks. Also, ISIS may be able of releasing ISIS prisoners from Iraqi prisons located near to Syria, as well as, liberating ISIS detainees in SDF prisons.
• Repeated and relatively extended control of economically vital facilities such as oilfields and power stations. Furthermore, social segments looking forward to ISIS as their last hope to get rid of sectarian and political marginalization and to form economic and security alliances with it under the de facto control.
It should be noted that the organization has been working for months to achieve these issues at a minimum, but it has not yet become a strategic threat, especially that the scope of its escalating activities is still confined to specific places.
Unit of Religious Movement - Jusoor for Studies
To visit the English Telegram channel: Click here