Is Idlib witnessing a new military campaign after three months of calm? 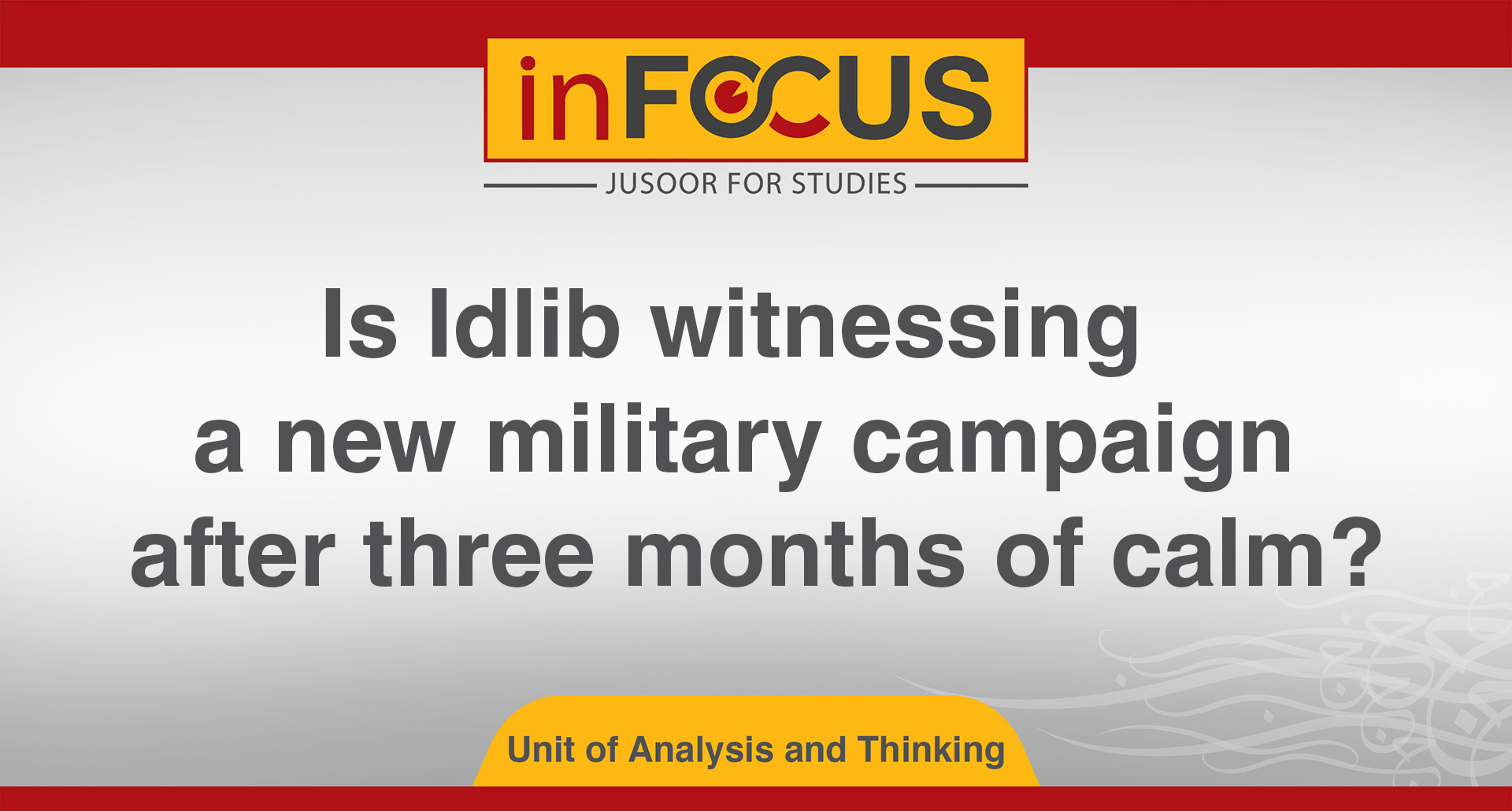 Is Idlib witnessing a new military campaign after three months of calm?

In Focus | Is Idlib witnessing a new military campaign after three months of calm?

Last week, the front lines in northwestern Syria witnessed the Syrian regime testing four air-to-air MIG-29 launched missiles from a newly arrived shipment. The testing come ahead of preparations to target drones which the Pantsir S-1 air defense systems previously failed to neutralize.
The testing comes days after drones loaded with Russian and Iranian ammunition bombed Syrian opposition held locations in Jabal al-Zawiya. These attacks follow the increased frequency of artillery and missile shelling and operations along the front lines in Idlib.
This unprecedented escalation coincides with the progress made in the implementation of the Moscow Protocol (2020) signed by Russia and Turkey on March 5. Based on the Protocol, Turkey and Russia conduct 15 joint patrols along 25 km of the Aleppo-Latakia M4 road.
Despite progress in implementing the Protocol, actors have delayed activating provisions that will lead to the opening of international highways to commercial traffic. The delay indicates that Russia does not see a point in implementing these provisions especially with Caesar Law coming into effect soon.
As it did in August 2018, it appears that Russia is still counting on the military option to pressure Turkey to accelerate its response to Russian interests. In August 2018, Russia mobilized military forces in preparation of a large-scale battle to invade the de-escalation zone which prompted the signature of the Sochi Memorandum on September 17, 2018.
This is not to say that Idlib is on the verge of a return to combat operations, but rather to confirm that Russia has not abandoned the military option in the framework of its negotiations with Turkey. The possibility of resorting to the military option continues since the two parties have not yet reached any sustainable agreement and a common understanding concerning the fate of the region and the political process.
This situation indicates that Russia and Turkey each have doubts about the other’s aims from the bilateral understandings, especially as Turkey has failed to adhere to the schedule and Russia has not relinquished its policy of military pressure even during the implementation of the ceasefire agreements.
These doubts explain Turkey’s continued reinforcement of its military presence in Idlib as well as Russia’s military mobilization in the region. In addition, Russia has been carrying out training exercises to confront the droning crafts that previously influenced battles and undermined the Syrian regime’s military capacity.
While shifting from breaches in the ceasefire to direct confrontations remains unlikely, it remains dependent on the ability and desire of the guarantors of the Astana agreement, the Moscow Protocol and the Sochi Agreement to pass the test of confidence to achieve the close strategic cooperation which has been years in the making.