Iranian presence east of the Euphrates: reality and future 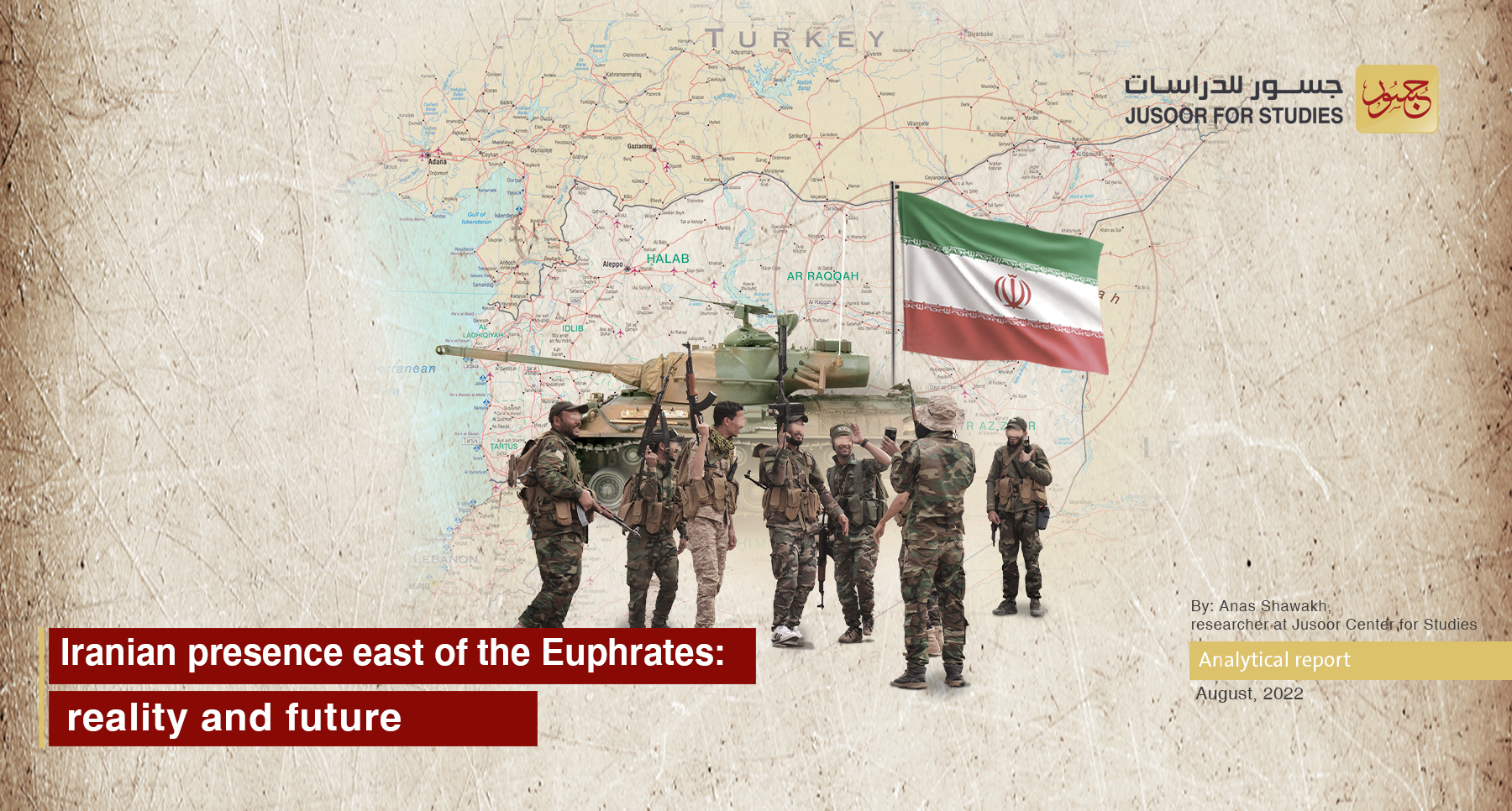 Iranian presence east of the Euphrates: reality and future

Iranian presence east of the Euphrates: reality and future
By: Anas Shawakh, researcher at Jusoor Center for Studies

Despite it relatively took a little time to reach the east of the Euphrates region bacause it focused, at the beginning of its intervention in Syria, on the capital, Damascus, its surroundings and the interior regions, Iran, since 2017, has been working to increase its presence within this economically rich region, which constitutes a geographical and social extension of the Iraqi regions in which Iranian militias are deployed .

Moreover, since the military and security presence of the Iranian-affiliated militias constitutes the basic ground and base of the Iranian project in the areas east of the Euphrates, this analytical report focused on reviewing and describing the reality of its security and military presence in the region; in addition to studying the relationship and interaction of these militias with local and international actors who share control over the region. Based on such a reality, interaction and other influencing factors, the report presents an anticipation of the fate of this Iranian presence east of the Euphrates according to three possible scenarios.

This report helps concerned people, experts and decision makers in estimating the size and nature of the Iranian presence east of the Euphrates and the extent of its current and future impact on the reality and fate of the region.