How far can Russia's new escalation in Idlib go 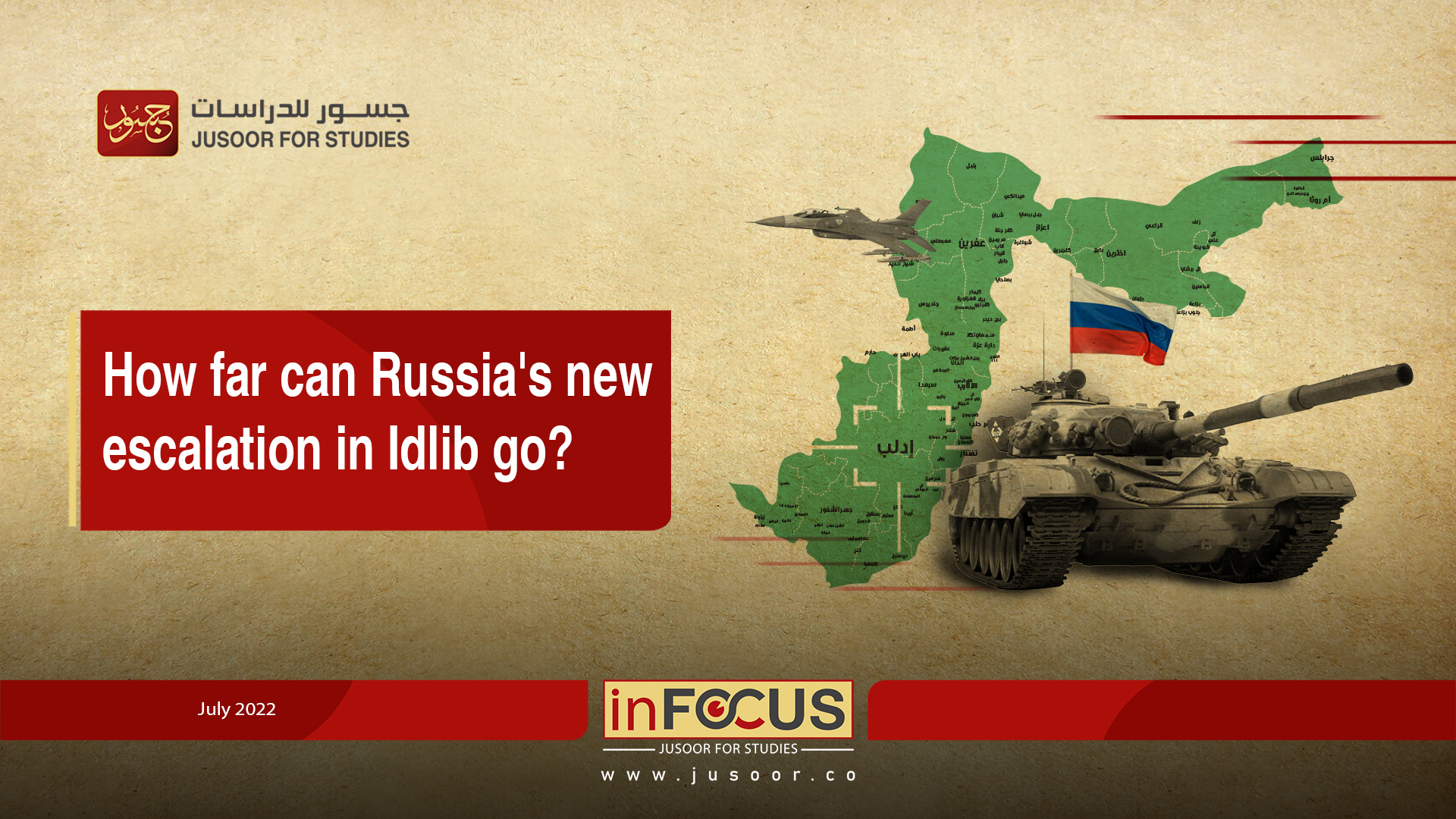 How far can Russia's new escalation in Idlib go

209
How far can Russia's new escalation in Idlib go?
Idlib, northwest Syria, witnessed a new escalation on July 22, 2022; as Russian warplanes launched air strikes on the Jisr al-Shughur area, killing and wounding many civilians. This came after 10 days of Russian air strikes targeted Jabal al-Zawiya area, where no damage was reported.
This escalation came just two days after the tripartite summit between the guarantor states' presidents in the Astana bath, which it does not seem to have led to an understanding between Turkey, Russia and Iran on controversial issues. The return of the Russian escalation to Idlib can be explained by a number of points, namely:
• Insisting on the instability of the region, especially after the leader of Hay’at Tahrir al-Sham, Abu Mohammad al-Jolani, alongside the Prime Minister of the Salvation Government (SSG) appeared in Idlib on July 16, 2022, talking about the failure of the Syrian regime in the administration of the areas it controls. Al-Jolani also added that the opposition should take care of the matter of administrating the areas they control, and he insisted on transforming the areas of northwest Syria into a Sunni entity.
• Putting pressure on Turkey and pushing it to give up on lunching the military operation in northern Syria against the Syrian Democratic Forces (SDF).
• Russia's desire to have the outstanding issues with Turkey individually, to affirm that it is unwilling to compromise in favor of Turkey in Syria, in exchange for any facilitation of the passage of grain from Ukraine. Therefore, Moscow is working to strike a bargain on Idlib by demanding Turkey to fulfill its obligations contained in the previous memoranda of understanding between the two sides.
Based on the foregoing, it can be said that the Tehran summit did not result in specific understandings; therefore, further Russian escalation is likely in Idlib, with the aim of affecting and restoring balance to the course of negotiations with Turkey. This aims, according to Moscow, at establishing negotiations on the basis of mutual commitments in the Syrian file, stipulated in the memoranda of understanding signed between the two sides between 2019 and 2020.
Consequently, Idlib may experience more air strikes and artillery attacks that may reach the vicinity of the Turkish military sites. In response, the armed opposition factions might launch attacks against advanced fortifications and operations rooms, and specific and limited ground incursions. This means that the escalation will be controlled while being careful not to spark open confrontation.