Has the Fuel Crisis been Resolved in the Regime-controlled Areas? 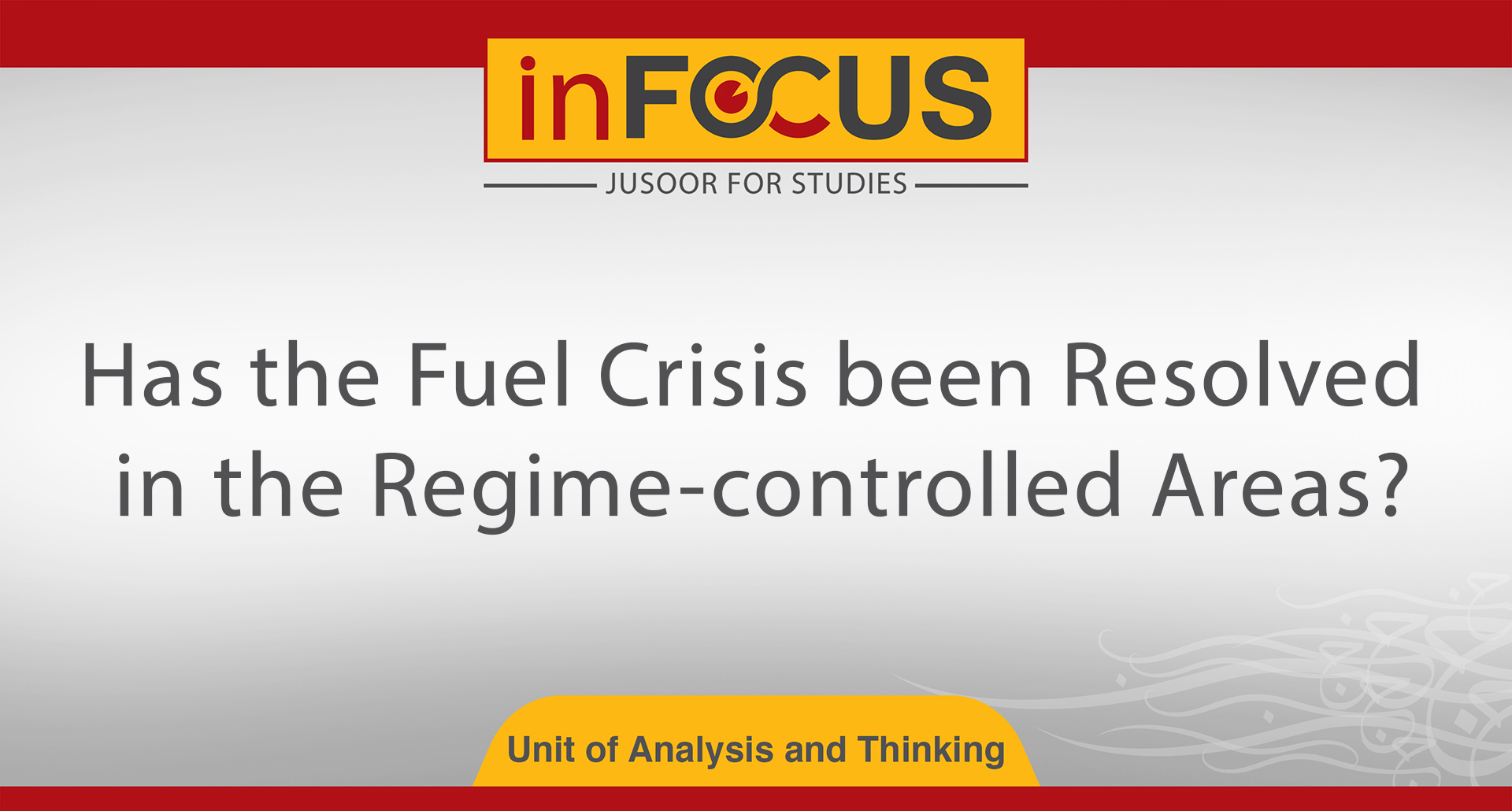 Has the Fuel Crisis been Resolved in the Regime-controlled Areas?

121
In focus | Has the Fuel Crisis been Resolved in the Regime-controlled Areas?
During the Suez Canal blockage crisis in March 2021, the Syrian Ministry of Oil announced in an official statement that the tanker that they were waiting for had been delayed to arrive at the Syrian shores due to the Suez Canal crisis, which required rationing operations."The tanker arrived at the port of Baniyas carrying a million barrels of oil, and it is expected that three others will arrive, but they are waiting to cross the Suez Canal," Russian outlets quoted a Syrian source.
According to such remarks, the following observations can be presented:
1- Depending on the monitoring of the Syrian ports, it could be concluded that there are no Iranian or non-Iranian oil tankers in the port, which indicates that the ship closed the tracking service or that the oil arrived by transporting it in regular commercial vessels after it was transported from the mentioned oil tanker. It might have been announced that the oil arrived by sea, but in reality it may have arrived in smaller quantities from northeastern Syria, or with quantities smuggled from Lebanon, via tankers on a daily basis towards Syria, some of which were stopped a day before the announcement of the tanker's arrival.
2- The announced quantities of one million barrels of oil cover the needs of approximately ten days without rationing, and can suffice for a month in the event that a partial rationing system is followed, which means that we are supposed to see a breakthrough in the fuel crisis in the coming days if these quantities are allocated for civilian purposes.
3- Talking about three tankers waiting in the Suez Canal, but after monitoring operations it turns out that one of them, the tanker "Sam 121", declares that its destination is the port of Mersin in Turkey, as the latter officially cut off relations with Iranian oil, and this statement may be false to reach the eastern Mediterranean waters and, the second tanker, "Romania", has already crossed the canal to an unknown destination. It is expected that it will unload its cargo on another tanker that will reach the ports of Syria, and the third tanker, "Armani 114", which is waiting on the other side of the canal, has not yet crossed yet, is expected to be destined for the Syrian ports under exchange operations with other ships in the Mediterranean.
4- In the event that the two ships - expected to be heading towards Syrian ports - succeed in delivering the loaded quantities, this means a breakthrough in the fuel crisis in the regime-controlled areas for a period of one month in the event of non-rationing, and three months at the latest in the case of rationing.
Unit of Analysis and Thinking - Jusoor for Studies
To visit the English Telegram channel: Click here