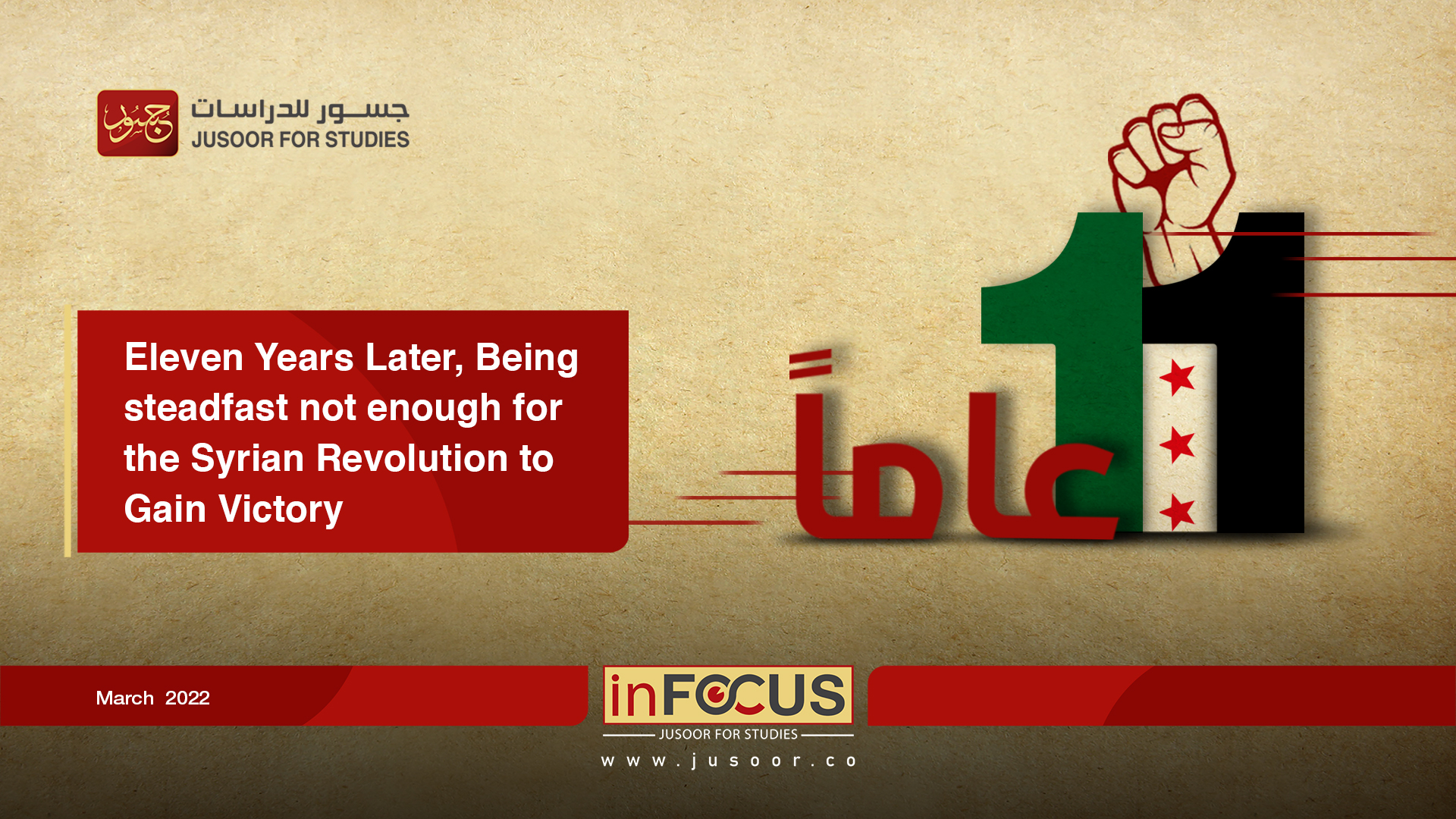 
By March 15, 2022, 11 years have passed since the outbreak of the Syrian revolution, in which it has been able to withstand the regime's persistent attempts to end it and return the country to its pre-2011 state.

This weakens the ability of the military and security institutions to resolve the conflict. The role of early external intervention, which contributed to reducing the size of the armament difference between the regime and the opposition since mid-2012.

Being steadfast, however, is not enough to achieve the goals of the revolution. There is no guarantee that the model of southern Syria will not be repeated in the north, especially since Russia has been working since 2018 to reduce the area of deployment of Turkish forces after the amendment of the Adana Agreement (1998).

Also, Western political and humanitarian support is slowly diminishing in the opposition areas as a result of Russia's diplomatic pressure. This could be added to the fact that these areas do not have many natural resources that can be relied upon to face crises or disasters, and in most cases, they need others.

Steadfastness, any way, cannot keep going on without strengthening the self-sustainability and developing a strategy and vision that would enable the revolution to achieve its goal by overthrowing the regime. However, being satisfied with the defense position may turn steadfastness into isolation; especially since Russia has been working to isolate the revolution since the fall of the city of Aleppo at the end of 2016. In addition, Russia spares no effort to end the regime's international isolation.

The Syrian revolution, despite the great decline it has been subjected to, still has the reasons for continuity and gaining victory. This, however, needs to reproduce the political forces, reconsider the Syrian discourse and to form of a national action front that lays down a strategic vision and implementation plans in the coming years.

This could be after taking advantage of international conditions to ensure the continued isolation and dismantling of the networks of interests that surround the regime, and then holding it accountable for all the crimes it committed against the Syrians.