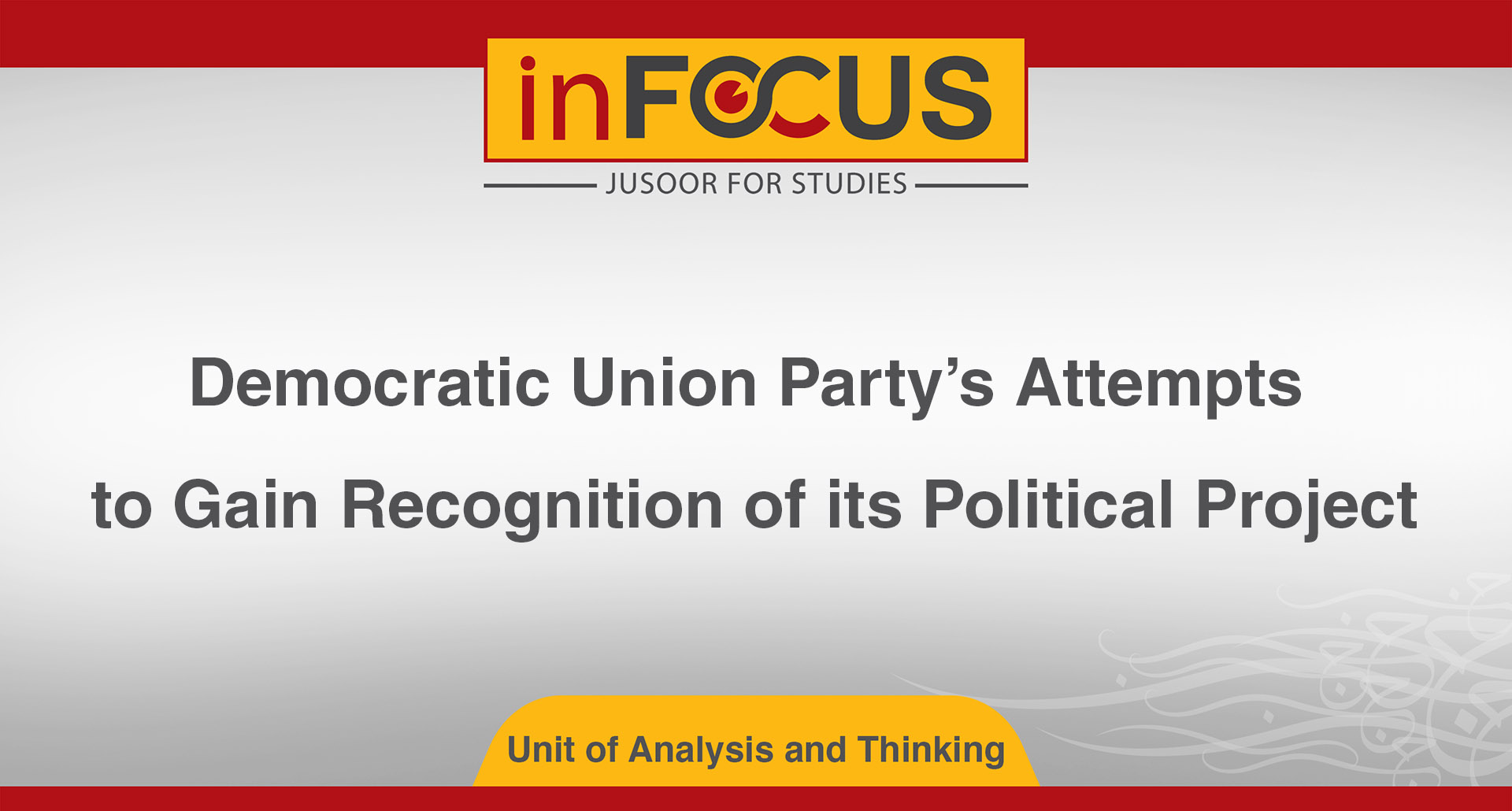 This memorandum is considered another step for the PYD to engage in the political process and gain Russian recognition, especially as the Popular Will Party is close to the decision-making circles in Moscow. PYD is interested in being part of the constitutional reform process as the process recognizes only two parties to the conflict, the Syrian regime and the opposition, thereby excluding the PYD, its apparatus and agencies.

Engaging in the political process requires working under the umbrella of one of the parties to the conflict, and based on it, it can gain international and regional acceptance. As such, it is possible to understand the PYD’s efforts to redefine its political project through Kurdish-Kurdish negotiations, and then re-open channels of communication with the Syrian regime, in the hope of reaching an agreement or understanding on the form of administration in the areas under the control of its military wing. PYD has also opened communication channels with the Cairo platform with the aim of signing a joint understanding that recognizes the PYD or its political body as one of the entities of the Syrian opposition.

PYD’s efforts to obtain recognition for its political project seem difficult and require a long time, especially in light of the deadlock in its negotiations with the regime due to the regime’s intransigence and the USA rejecting the negotiations.
The consensus with the People’s Will Party indicates the SDF’s flexibility to obtain Russian recognition. It is believed that this indication has received American approval which may be the result of a Russian-American consensus in this regard, or a positive gesture on Washington’s part to push the Russian side to deal positively with the US-backed Kurdish project in Syria.

The meeting between the two parties in Moscow today also communicates a Russian message to the Turkish side. Russia seeks to indicate that Turkey freezing the negotiating body will be reflected in positive Russian attitudes towards Turkey’s enemies east of the Euphrates, and perhaps the Russian project has prompted the formation of a friendly opposition umbrella platform for Moscow.