Defined Margins.. Motives of the Arab States Normalization with the Syrian Regime 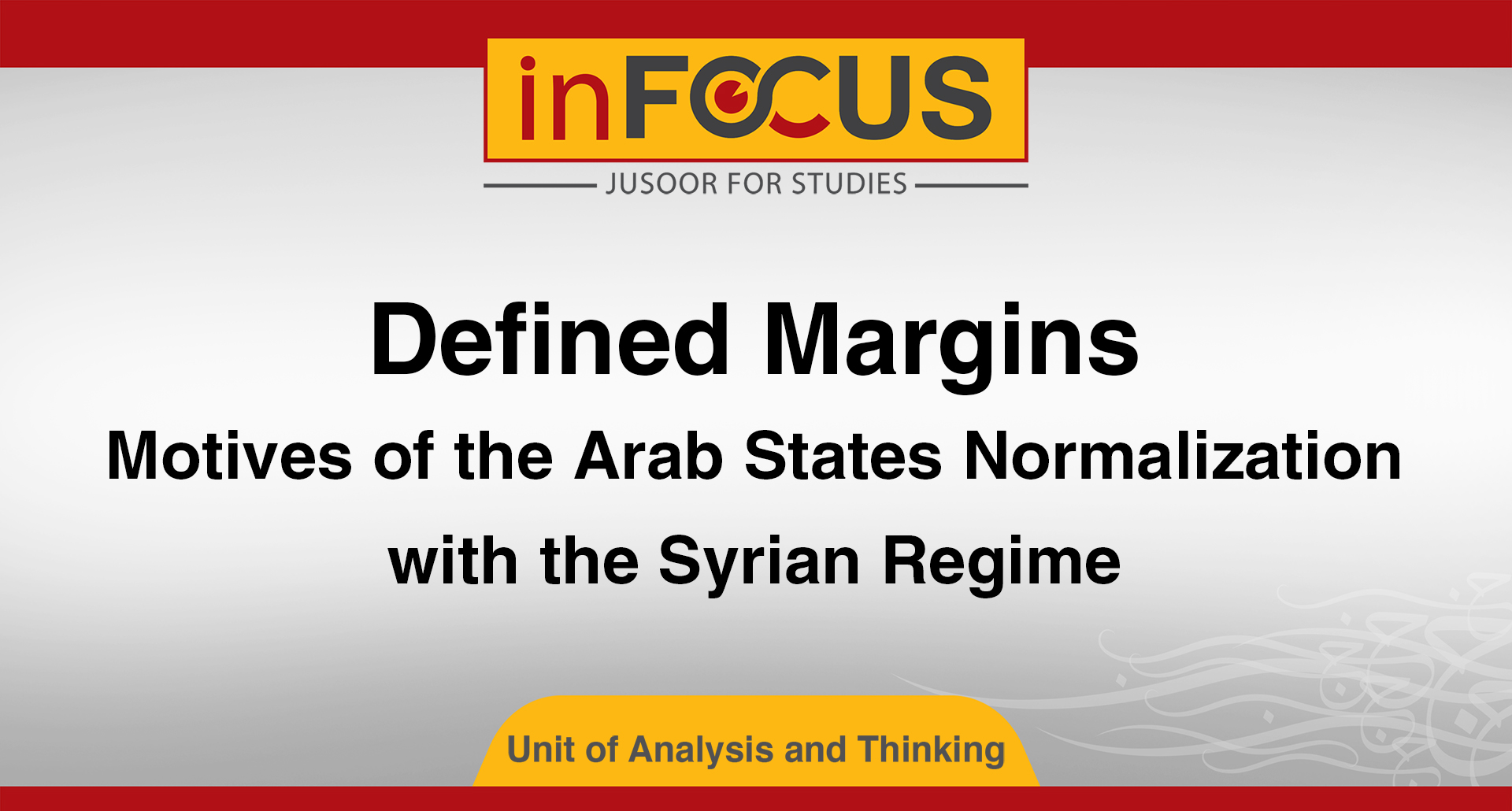 Defined Margins.. Motives of the Arab States Normalization with the Syrian Regime

97
Defined Margins: Motives of the Arab States Normalization with the Syrian Regime
During the past years, many Arab states attempted to normalize relations with the Syrian regime, adopting various normalization policies that ranged between the direct visit of the ousted Sudanese President Omar al-Bashir to Damascus, opening some embassies in Damascus, sending ministerial delegations, or conducting direct phone calls with Bashar al-Assad, the regime’s head.
The Arab states that adopted these policies have different motives as follows:
• Attempting to approach Russia or Iran to obtain financial support in the case of Sudan or to acquire political and military support or to balance the presence of other actors in the region.
• Squabbling active states in the region particularly Turkey or squabbling the western axis especially the United States.
• Reviving public channels of communication to enter Damascus and balance the Iranian presence and this was a theory put forward by some Arab countries in which they believe that through diplomatic presence, they can undermine the Iranian presence in all its forms in Syria.
• Responding to the influential internal trends that see the Syrian regime as a symbol of the Iranian axis in the region, or see it as a symbol of the military regime that is hostile to political Islam. Therefore, supporting the Syrian regime politically means supporting the model of the state or the desired state model.
Although many Arab regimes want to take the process of normalization further, they are hindered by the American veto barrier that prevents them from converting individual normalization processes into a collective project, such as giving back the Syrian seat in the Arab League to the regime or lifting sanctions imposed on the regime.
However, despite the Arab states’ inability to implement collective normalization, there are individual initiatives - for any of the abovementioned considerations – that sometimes are represented by sending a political message or supporting an economic or political deal arranged with one actor or another.
It is noted that many of the historical United States allies in the region have been involved in normalization initiatives and this does not mean that Washington has approved their initiatives, insofar as it means that these allies have a greater capacity to understand the available movement margins, and that the tools they have tried over the past years have given them the ability to expand those margins. They are doing so effectively especially when it comes to squabbling other regional parties in a way that does not affect United States public interests.
To visit the English Telegram channel: Click here